I wonder if Dionne Warwick ever gets tired of people coming up to her and asking, "Do you know the way to San Jose?"


Do you know who hoped to write songs Dionne would record?  Carly Simon.  She saw herself as more a songwriter than a singer.


Mothers and daughters?  Do you know who named their daughter Carly after Carly Simon? 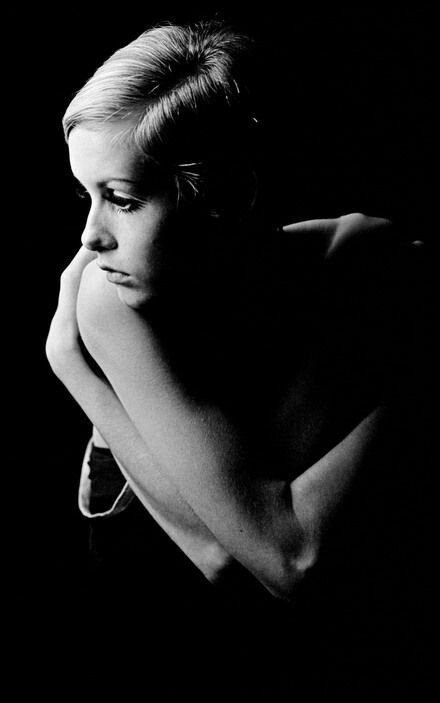 
There is a scramble on.  Who will emerge the winner is in doubt but the realities should not be.

David M. Witty‏ @DavidMWitty1 3h3 hours ago
In Iraq, Maliki's State of Law party demands US forces leave Iraq. Says US is violating scope of strategic agreement. Says new Iraqi government must act decisively as it did in 2011 when it made US leave. mobp.as/AEU2m
4 replies15 retweets11 likes

Why is Nouri al-Maliki making these statements?  Because (a) it's popular to say US troops will leave (the Iraqi people have wanted that overwhelmingly since at least 2005) and (b) he's trying to make it look like he can and did accomplish that.

He accomplished no such thing.

The US had a drawdown of forces in December 2011.  A drawdown.  Not a withdrawal.  Nouri told John McCain he needed at least 30,000 US troops and he refused to budge on that.  This was addressed here at length.  What did the corporate media -- supposedly covering the same hearing -- go with instead?  JOHN MCCAIN GOT NASTY WITH LEON PANETTA!  They will lie, they will distract.  The corporate media whored to sell the Iraq War.  It whored to keep it going.  Let's all stop pretending that they're capable of doing anything of great value.

We covered that hearing with "Iraq snapshot,"  "Iraq snapshot,"  "Iraq snapshot,"  Ava reported in "Scott Brown questions Panetta and Dempsey (Ava),"  Wally in "The costs (Wally),"  Kat in "Who wanted what?"  and at THIRD with "Enduring bases, staging platforms, continued war."  But what corporate media went with was nasty words from McCain.  Now the corporate media was already selling the lie that all troops would be leaving.  So I guess it's no surprise that they would choose to ignore the very real content of the hearing which refuted that claim.  Again, it was a drawdown, not a withdrawal.


Senator, as I pointed out in my testimony, what we seek with Iraq is a normal relationship now and that does involve continuing negotiations with them as to what their needs are. Uh, and I believe there will be continuing negotiations. We're in negotiations now with regards to the size of the security office that will be there and so there will be -- There aren't zero troops that are going to be there. We'll have, you know, hundreds that will be present by virtue of that office assuming we can work out an agreement there. But I think that once we've completed the implementation of the security agreement that there will begin a series of negotiations about what exactly are additional areas where we can be of assistance? What level of trainers do they need? What can we do with regards to CT [Counter-Terrorism] operations? What will we do on exercises -- joint-exercises -- that work together?


That's Panetta at the hearing,  He's referring to the Memo of Understanding -- which we were the first to report on.  And, to this day, one of the only to report on it.

The memo of understanding -- which we came across from the Congressional Research Service -- outlined the US military's role in Iraq after the drawdown.

Nouri was prime minister in 2011.  All US troops did not leave.  Nouri was also prime minister in 2012.  That's when Barack sent more US troops back into Iraq but no one was supposed to know or comment on it.  The tired whore Jill Abrams was insistent that this news would not be front paged.  She was not going to risk Barack's re-election by informing people of the truth.  So the news, when it finally appeared in THE NEW YORK TIMES, was buried in a report on Syria.


Here's what Tim Arango got into his New York Times report on Syria:

It should have been front page news with a big headline.  Instead it was buried in a report on Syria.  And Barack then went into the 2012 debates claiming Iraq as a win, lying that he'd pulled all US troops out when he never did that and when, weeks before, he'd sent in more special ops troops.

The corporate media is the story of whores chasing a buck and circle jerking.


Should we trust the media?  Sunday, PBS decided to cover Iraq -- it feels the need to every six months or so.  So PBS' WEEKEND NEWSHOUR offered:

Last October, Iraqi Prime Minister Haider al-Abadi declared that the Islamic State had been defeated but last month, the group’s leader Abu Bakr al-Baghdadi announced that they were back and using new tactics. NewsHour Weekend Special Correspondent Simona Foltyn reports on how ISIS has exploited Iraq’s poor governance, fragmented security apparatus and ethno-religious strife to survive for this report produced in cooperation with The Investigative Fund.


It's like a never-ending farewell tour from Cher -- Hayder al-Abadi has (again) announced that ISIS has been defeated (again) in Iraq.  It's "final," this time, it's for real . . .  This time, he knows it's for real.

Theresa May has warned that Isis is ”not yet defeated” after Iraq declared an end to its fight against the jihadi group.
Iraq’s Prime Minister Haider al-Abadi on Saturday declared the country’s war against Isis officially over, saying the group no longer occupied significant territory in the country.

Quentin Sommerville‏Verified account @sommervilletv 11h11 hours ago
I remember when IS were rampaging across Iraq in 2013, and it looked like they wouldn't be stopped. IS group aren't finished, but for Iraq, this is quite a moment. Iraq declares war with Islamic State is over
32 replies317 retweets597 likes

Hayder is insisting it's all over.

Although Iraqi PM Abadi has declared the end of ISIS in Iraq, but as this map shows, there is still a small ISIS-controlled desert area between Ninawah and Anbar. isis.liveuamap.com


Alexandra Zavis and Nabih Bulos (LOS ANGELES TIMES) explain that Hayder is insisting the 'win' doesn't mean that US troops should leave because he needs some to say on for "training, intelligence and logistical support."


GOOGLE "isis defeated abadi" and these are some of the results:

https://www.nytimes.com/2017/12/09/world/middleeast/iraq-isis-haider-al-abadi.html
Dec 9, 2017 - BAGHDAD — Prime Minister Haider al-Abadi of Iraq declared victory over the Islamic State on Saturday, announcing the end of more than three years of battles to regain control over nearly one-third of the country that had been under the terrorist group’s dominion.

https://www.cnn.com/2017/12/09/middleeast/iraq-isis-military-liberated/index.html
Dec 9, 2017 - The US special presidential envoy for the Global Coalition to Defeat ISIS tweeted his support for Abadi's declaration and said the coalition ...

A hero for defeating ISIS, Iraq's PM still has to woo voters - CNN

https://www.cnn.com/2018/05/10/middleeast/iraq-election-abadi-intl/index.html
May 13, 2018 - With so many contenders this year, Prime Minister Haider al-Abadi stands at the epicenter of the hotly contested election.

Theresa May warns Isis is 'not yet defeated' after Iraq declares victory ...

ISIS has been militarily defeated in Iraq and Syria - Business Insider

See there?  Everyone except for the news program on our 'educational TV' covered the story.

Should we trust the corporate media?  What have they done to earn our trust?

Nouri al-Maliki is lying as he angles to (again) become the prime minister of Iraq.

That he can even be considered for the post goes to the failure of corporate media.  Nouri was a thug running secret prisons well before his second term.  But the corporate press largely ignored that.  By his second term, he was a War Criminal.  And everyone looked the other way because the White House did.  June 19, 2014, with Mosul seized by ISIS, Barack Obama finally had enough of Nouri and began easing him out.  Barack replaced him with Hayder al-Abadi.

This was supposed to be an improvement.

The Iraqi people have had enough.

Saturday, rockets were fired at the US mission in Baghdad.

That wasn't their only target.

Caught for years between the governments of Iran and the US, is anyone really surprised that missions of both countries would be targeted today?

The Iraqi people don't want to be occupied.  No one does.

US troops remain in Iraq for one purpose only: To occupy Iraq.

It's why Bully Boy Bush didn't declare victory after the fall of Baghdad in 2003.  It's why the ongoing war is 15 years and counting.  It's why US troops continue to die in Iraq.


The troops are there to continue the occupation.

It's an occupation that hides behind puppets and the puppets aren't even smart enough to try to offer small appeasement to the people.  They're just greedy and grab everything they can while the people of Iraq suffer and do without.

The protests started in July and close to 100 protesters have been killed.  But the western media has largely ignored these deaths as well as the protests.  Attack the US and Iranian missions in Iraq and, suddenly, the western press is interested and suddenly violence has arrived.  AP shrieked:

Iraqi security forces deployed on the streets of Basra on Saturday, a day after protesters in the southern city stormed the Iranian consulate and torched government buildings in violence that rocked the oil-exporting Shiite heartland and sparked alarm across a conflict-weary country.
Masked troops in combat fatigues set up checkpoints and rode through the city center in black pickup trucks with heavy weapons mounted in the back. Security forces in Humvees deployed at intersections.


It's the third month of protests and protesters have been wounded in the hundreds and killed but only now is the western media concerned.


They don't ponder whether this will fix anything.  Nor do they seem keen on informing people that Hayder's previous visit didn't change a damn thing.  Oh, yeah, this is his second visit.


Iraq's PM @HaiderAlAbadi arrives in #Basra for the second time since the start of anti-government protests in the oil-rich southern province. #BasraProtests
0 replies3 retweets3 likes


We'll close with these tweets from Duaa Malik:


I urge global leaders to consider their positions regarding what’s happening in #Basra carefully. Accusing the people of #Basrah of terrorism would create major regional &international security challenges. Deal with the protests in a wise/calculated manner. #BasraProtests #البصرة
0 replies2 retweets12 likes

Duaa Malik‏ @Duaa_IQ Sep 9
A call to save activists in #Basra: Protest organizers and protesters in #Basrah are being targeted by the #Iraqi government. Their photos are circulating with captions, including: “traitors,” “clients,” and “terrorists.” They’re also facing murder threats. #BasraProtests #البصرة
0 replies3 retweets9 likes

Duaa Malik‏ @Duaa_IQ Sep 9
The Iraqi government is a huge terrorist organization run by criminals and murderers. Their aim is to steal from and terrorize the #Iraqi public. Stop terrorizing the people! All they’ve demanded are their rights. #BasraProtests #البصرة_تنتفض #Basrah #Basra #البصرة
0 replies3 retweets7 likes 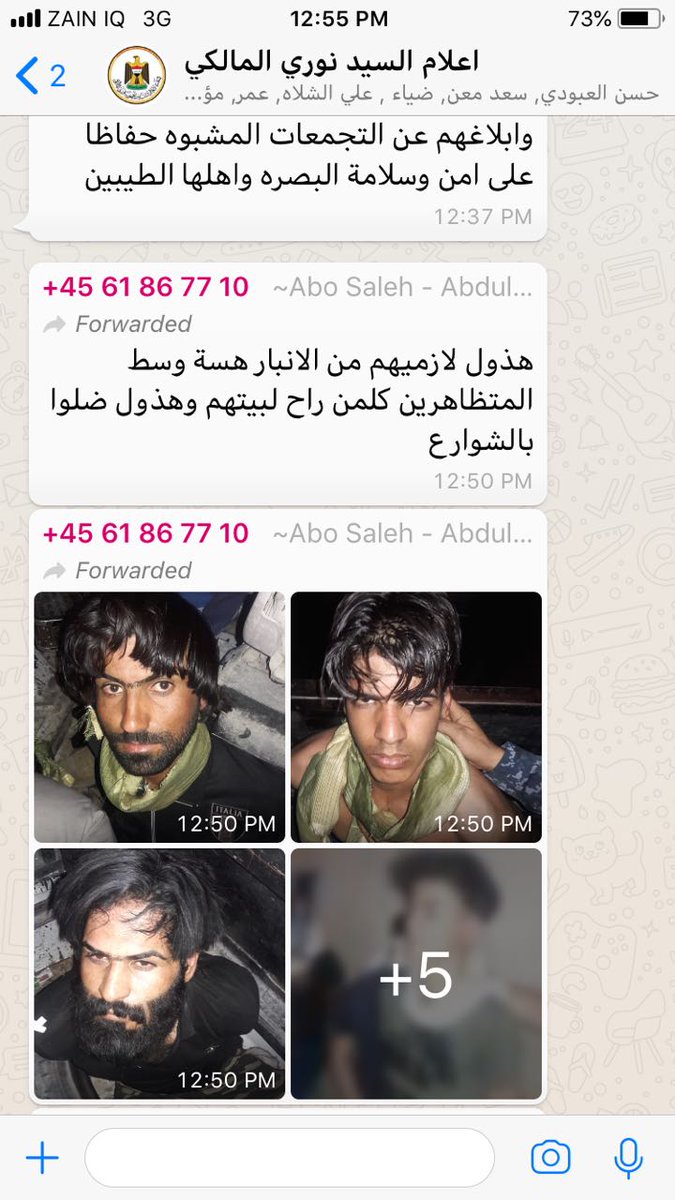 Duaa Malik‏ @Duaa_IQ Sep 8
Want to know what I really think? 1) No solution/money will be offered from #Baghdad. 2) Iraqi gov’t will continue to suppress protests in #Basrah with accusations & live bullets. 3) #Iraqis will continue to say, all of the gov’t is corrupt, while watching sons of #Basra die.
1 reply5 retweets9 likes