Last time, I noted "DAVID BOWIE FINDING FAME" focusing on the first five years of David's career.  Heather e-mailed to inform me that the other David Bowie documentary by the same director (Francis Whatley) focusing on his last five years is currently airing on HBO (DAVID BOWIE: THE LAST FIVE YEARS).

Heather thought it was weird that they would do that.  I agree.  You'd think one service would grab both and air them together.

Paranormal Kitty‏ @kitty_janusz 53m53 minutes ago
Check out my conversation with the late David Bowie http://bit.ly/2bFQnD5 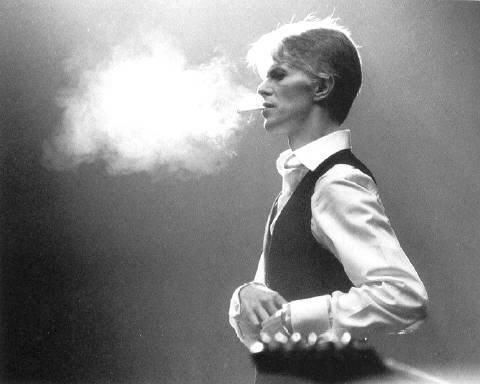 
Let's note this at the top.

She is my colleague, @SabaAlmahdawi was kidnapped yesterday after she left Tahrir Square in #Baghdad while on her way home, she just volunteer to aid the wounded demonstrators WHERE IS SHE? @IraqiGovt @yassenalyasiri @NajahAlshammare @iraqicts


Where is she?  And is this like when Nouri al-Maliki was prime minister, how, in his second term, he began kidnapping and targeting reporters?


Moving to the US where the race for the Democratic Party's presidential nomination continues.   The race continues but with one less candidate.

Goodbye, Beto O'Rourke. What a sad end to a pointless campaign | Nathan RobinsonThere was no reason for Beto O’Rourke to run for president. But he was convinced we needed him

More of a media creation than an actual sensation, Beto ran because . . .  If he had been able to articulate it, he'd still be in the race.

The media cheered him on . . . until he started talking about the wars.  Then they went after him -- starting with the 'fact check' provided by THE WASHINGTON POST.  They repeatedly undermined him.

After the national support he got from the press when he ran for the Senate, it must have been confusing for him to see the same press turn on him.

War Hawk Joe Biden hasn't dropped out.  However, his campaign is still reeling from Friday's revelation that he's polling fourth in Iowa.  Fourth.


Ms. Warren appears to have solidified her gains in the first voting state while Mr. Buttigieg has climbed quickly to catch up with Mr. Sanders and overtake Mr. Biden, the onetime front-runner. Ms. Warren is drawing support from 22 percent of likely caucusgoers, while Mr. Sanders is at 19 percent, followed by Mr. Buttigieg at 18 percent and Mr. Biden at 17 percent.

The survey is full of alarming signs for Mr. Biden, who entered the race in April at the top of the polls in Iowa and nationally. He is still in the lead in most national polls, but his comparatively weak position in the earliest primary and caucus states now presents a serious threat to his candidacy. And Mr. Biden’s unsteadiness appears to have opened a path in the race for other Democrats closer to the political middle, particularly Mr. Buttigieg.


Biden’s campaign, meanwhile, has been forced to scale down expectations of his performance here. He has already seen Warren overtake him in the polls and is also battling the grassroots energy behind Sanders.
“You might expect that a frontrunner is going to lose some ground as other candidates become more visible,” said Selzer. “It’s not just that there’s not enough numbers to go around. It’s that he’s not wearing well. It’s the trend, it’s the decline.”


Poor Joe.  Turns out "more of the same" is not a rallying cry in an election.

If Biden comes in fourth in Iowa, it's very hard for him to come in first in South Carolina.  The argument for Joe is that he's electable.  Joe's campaign has been preparing the press for the likely reality that he loses Iowa and then New Hampshire.  They're trying to say that doesn't matter because he will win South Carolina.  Not likely if he loses Iowa and New Hampshire.  The two early losses would force many voters in South Carolina to reconsider the claim that Joe is most electable.  That's what's driven and sad and pathetic campaign.  It's protected him from his problematic behavior with women, it's protected him from his estranged relationship with the truth.  If he loses Iowa and New Hampshire, he's just another failed candidate.

Front-runner Joe Biden’s support held steady in a new poll of the 2020 Democratic presidential race that saw Sen. Elizabeth Warren (D-Mass.) and South Bend, Ind., Mayor Pete Buttigieg make gains.
The poll from ABC News and The Washington Post released early Sunday found Biden with 27 percent support from Democrats and independents who lean toward the party, unchanged from a similar survey in early September.
Warren, however, gained 4 percentage points, climbing from 17 percent to 21 percent. The results mark a new high in the poll for the senator, ABC News noted.
Buttigieg, who is now at 7 percent, added 3 points since early September.
According to the survey, support for Sen. Bernie Sanders (I-Vt.) was also constant, holding at 19 percent. 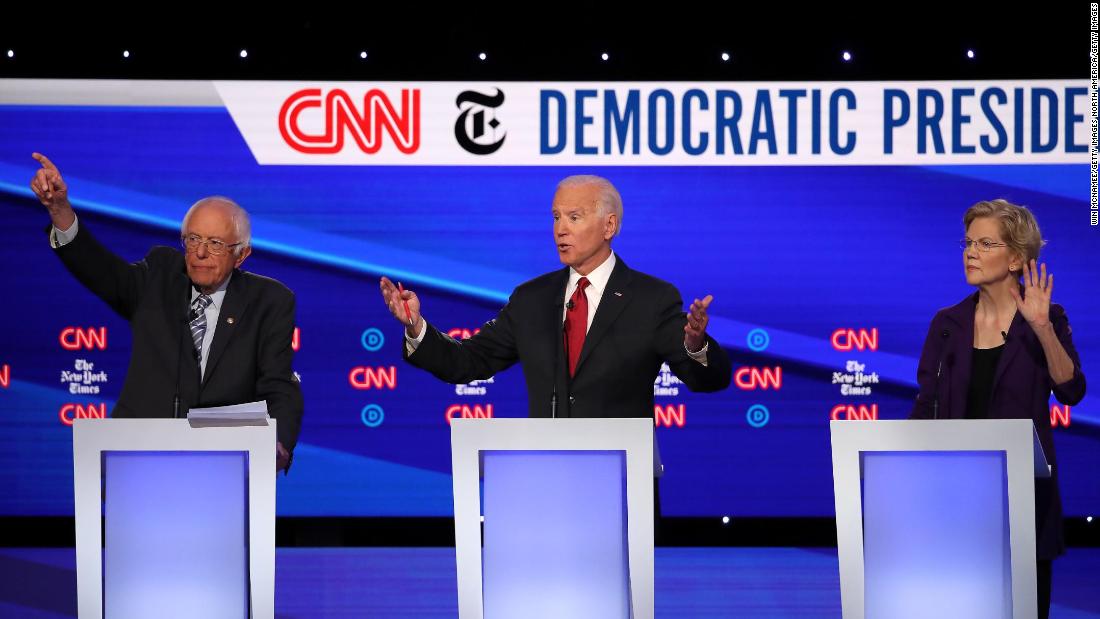 See, even in the headline, CNN gets it accurate while THE HILL tries to treat Pete's distant fourth place as the equivalent of Sanders, Warren and Biden -- all of whom have double digits while Pete remains in the single digits.


This as Joe's gaffes just continue to multiply.

0:17
Collin  🇺🇸 @CollinRight
At his speaking event in Iowa, @JoeBiden forgot where the camera was and ended up talking to a screen. CSPAN kept cutting away to try and help him out..

Many are disputing Collin's claim.  Many who were present.  But if that's what went out on TV, yes, Joe looks ridiculous.  When there was the big mistake at the Academy Awards, I was very clear on what I saw from my seat and very clear that it might have looked different on TV -- I don't know where the cameras were.  For those of us present, we saw Warren immediately attempt to call a pause and correct what he rightly saw as an error.  Those watching at home may have seen something different due to where the camera focused.

Our team in #Baghdad visited @iraqircs trauma stabilization points, to assess their needs in #firstaid to the injured in #Iraq protests. Last days we delivered 240 bottles of normal saline to treat tear gas effects. So far we've provided them with 50 dressing sets for 750 wounded 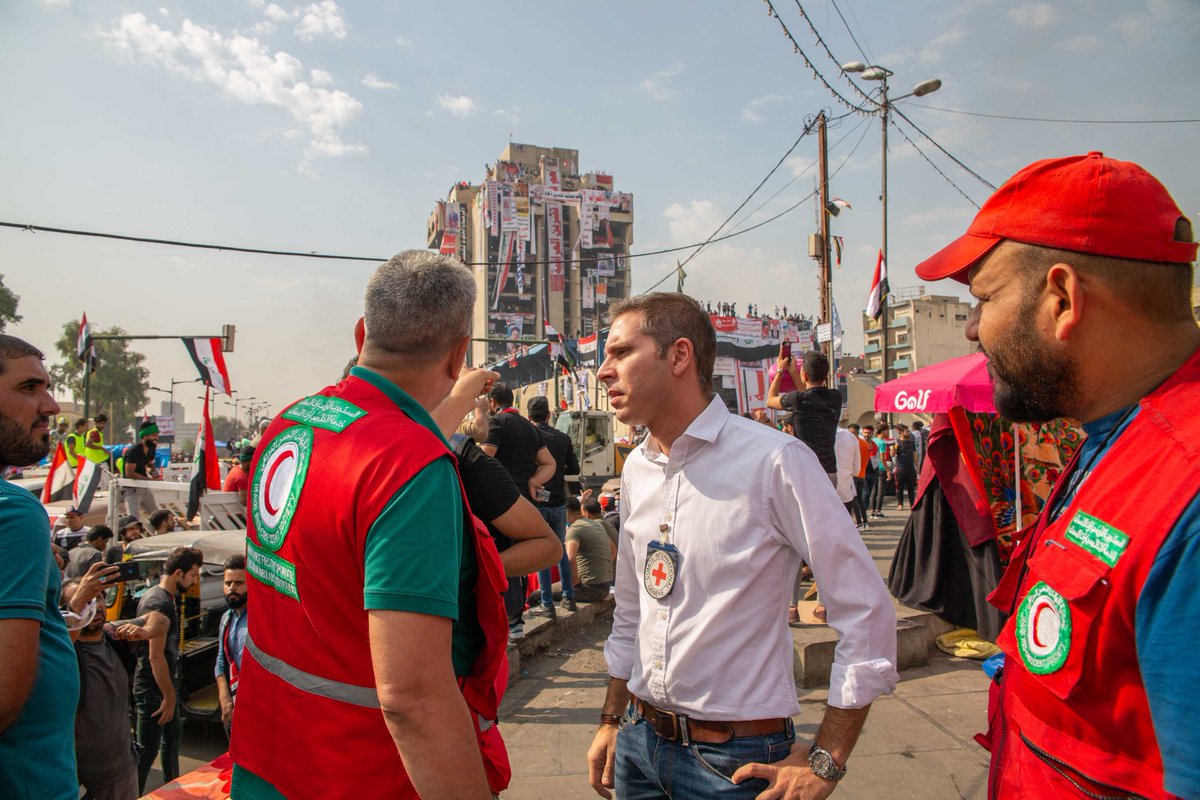 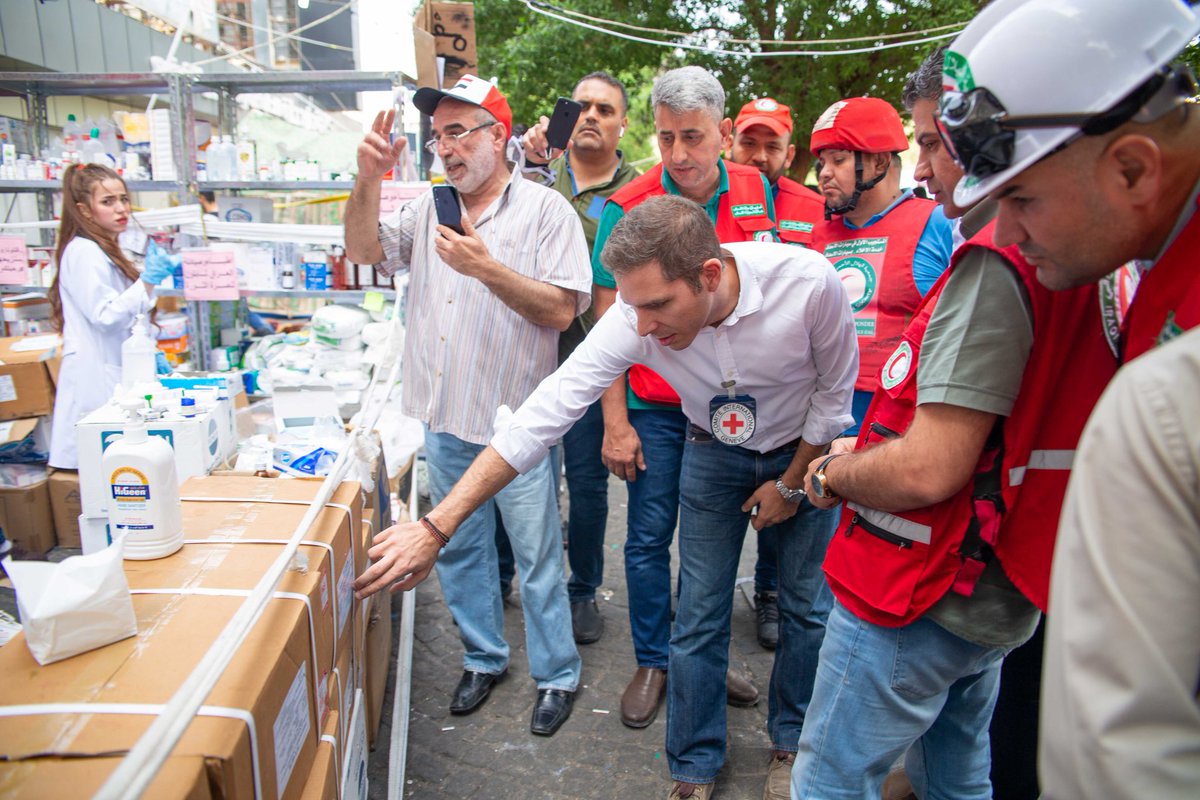 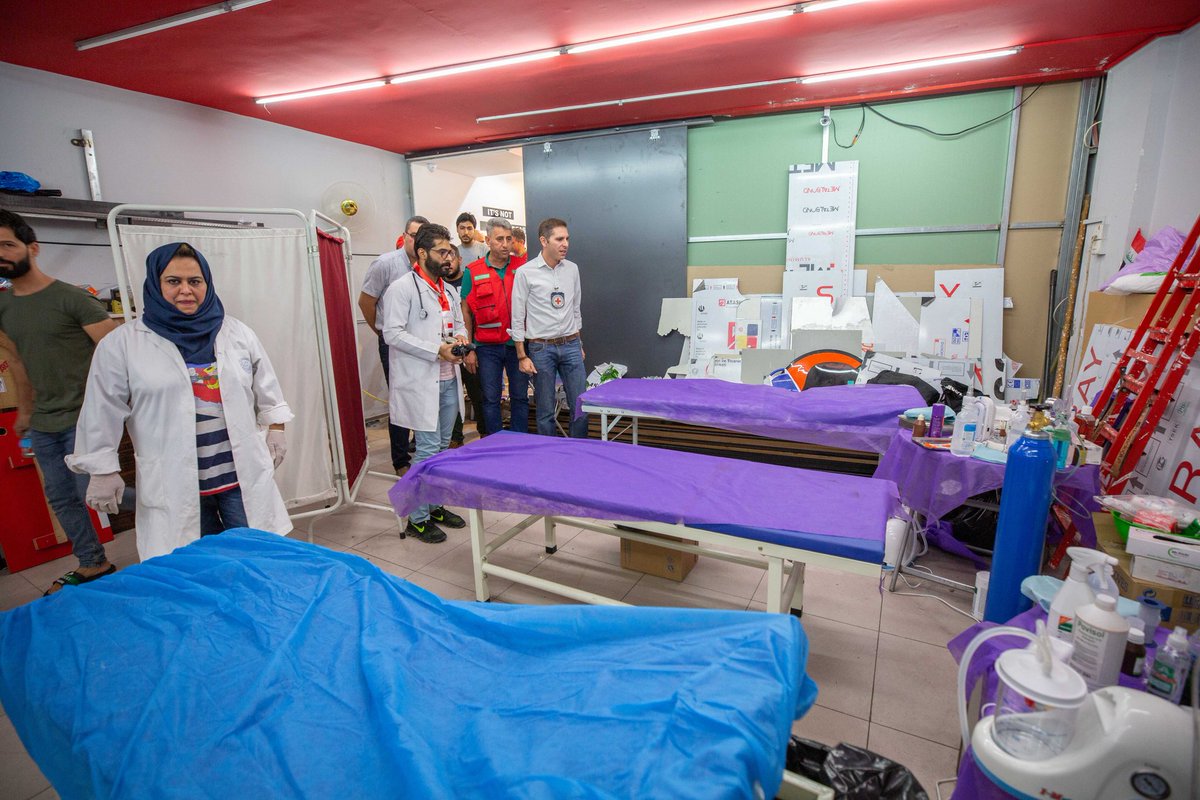 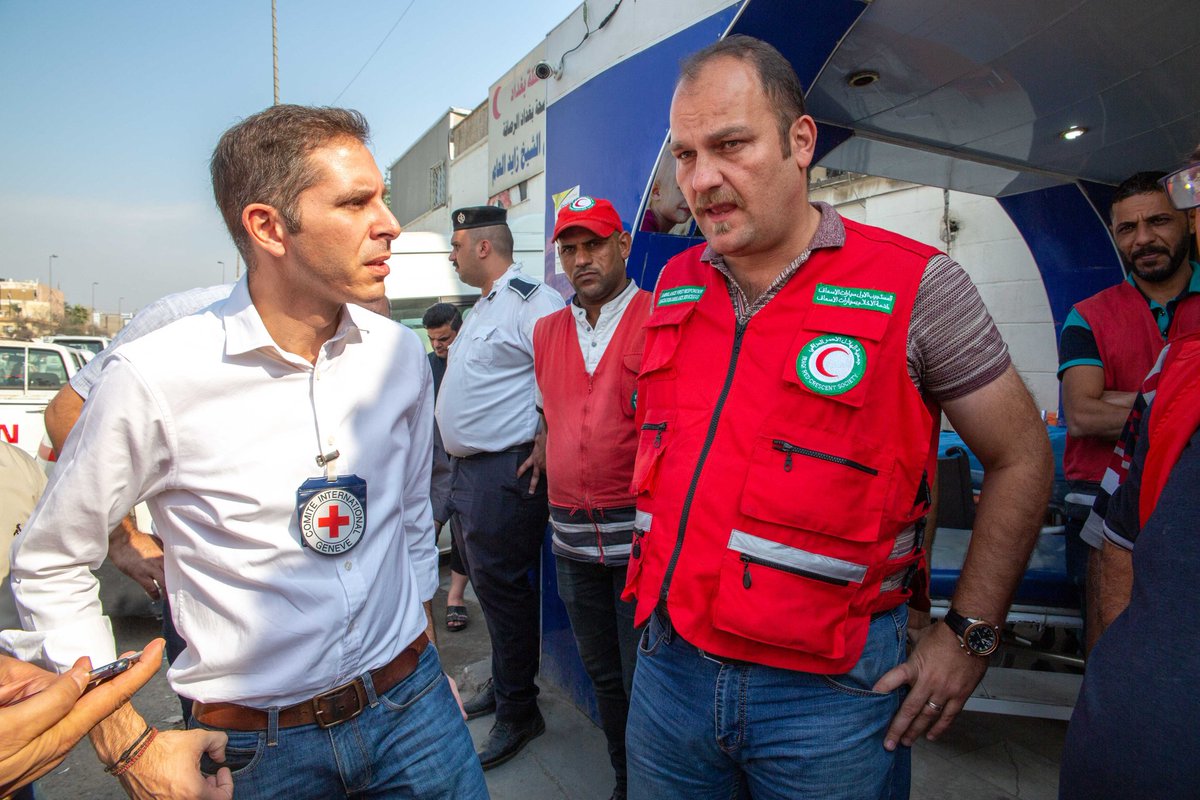 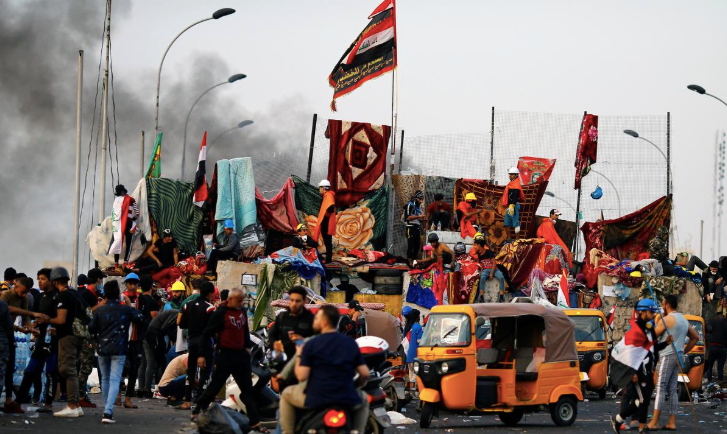 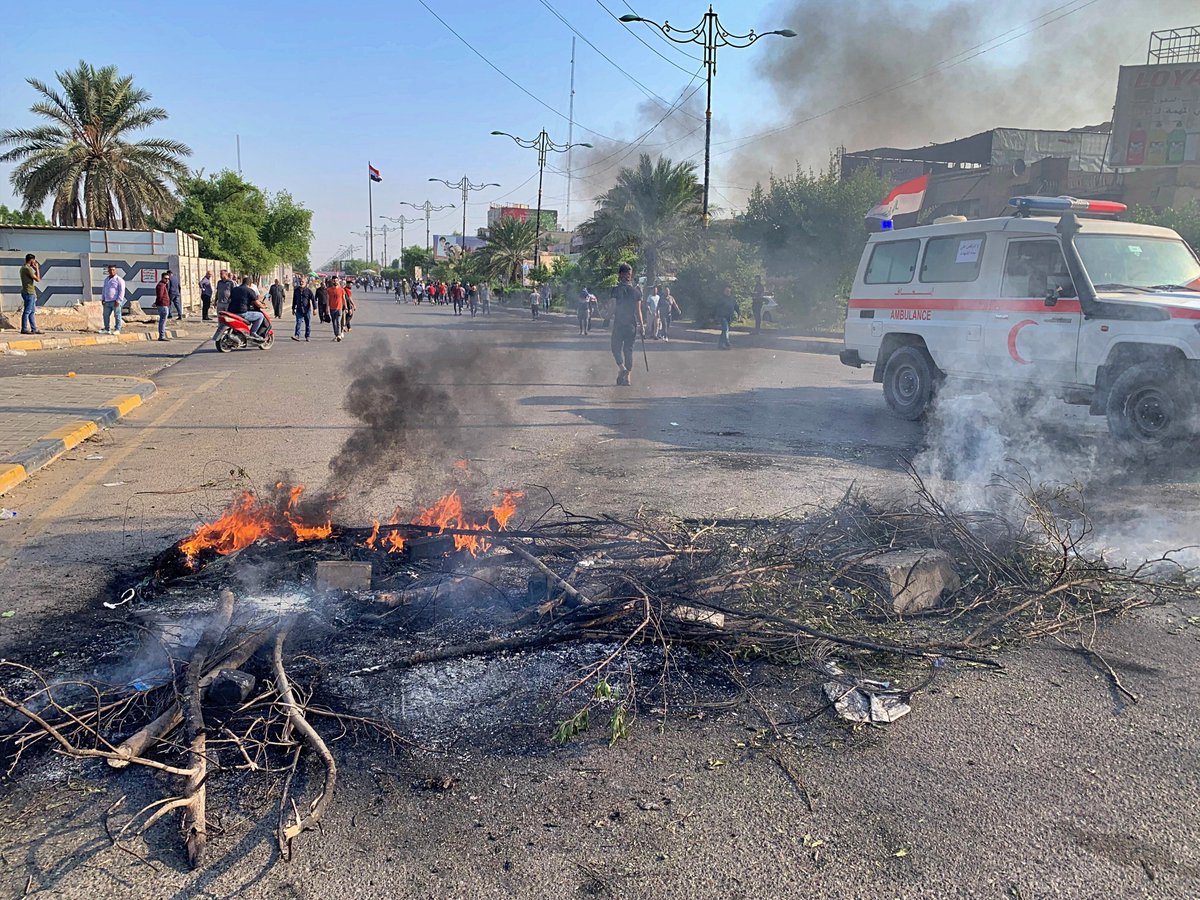 "The government should come here and learn from the people. We want a government that comes from within this square." Watch my report for @France24_en on how Tahrir has become a blueprint for the kind of state Iraqis want. #Iraq #IraqiProtests
० replies११ पुन्हा ट्विट्स१४ पसंत्या

We're going to end on the topic we started with:

शोध परिणाम
They're trying to kidnap our live.where is Saba almahdawy 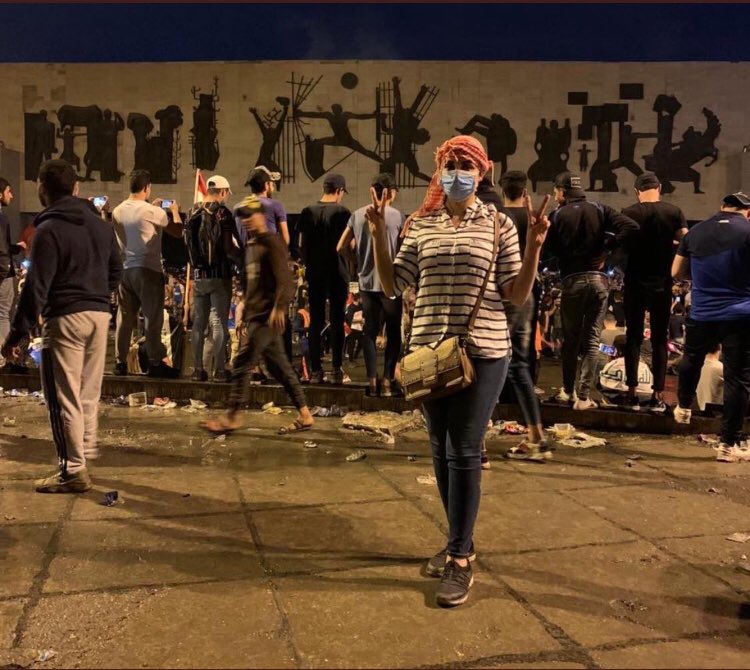 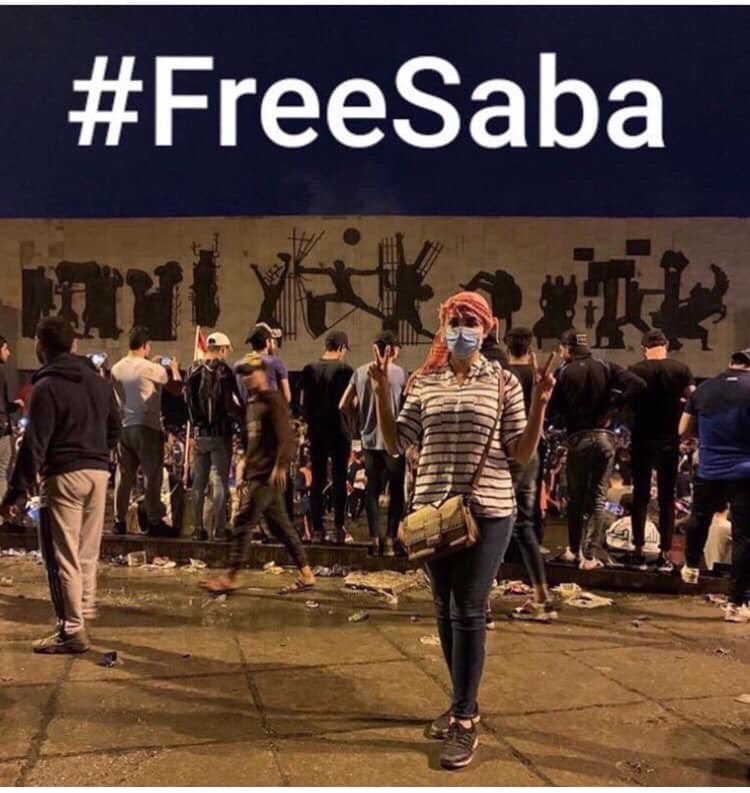