In today's snapshot (in full below), C.I. included Blondie's "Will Anything Happen?"

That is such a great song.

It's easy to forget how great a rock band Blondie is because they've always made it look so easy.

But you don't make music like they do without working hard. 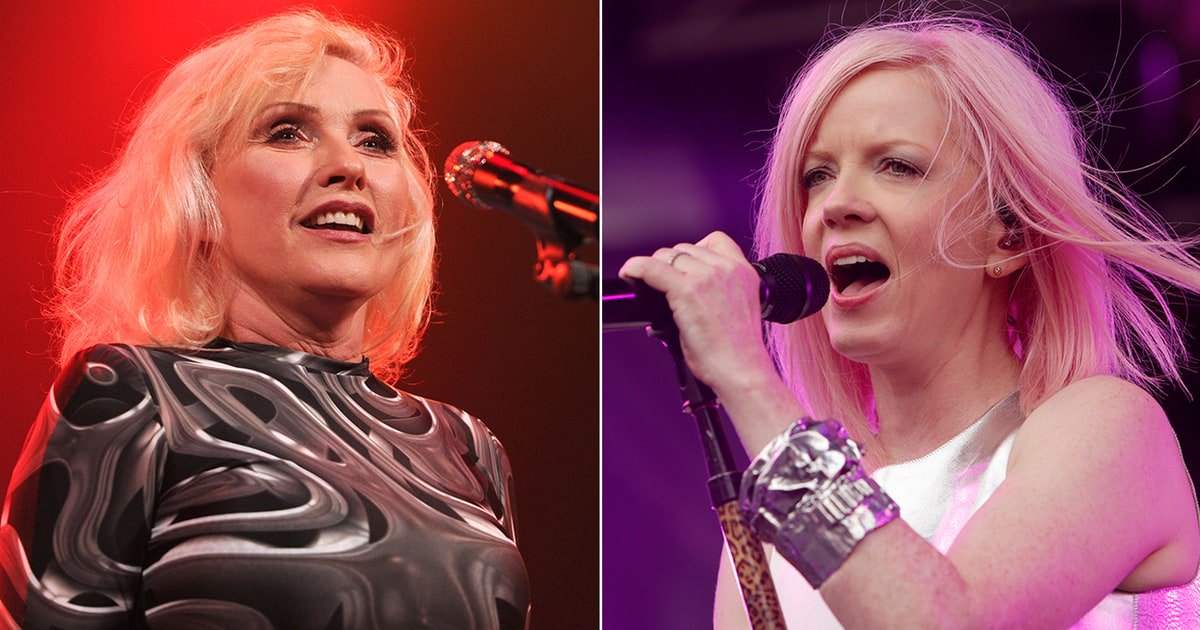 And now they're gearing up for a tour with Garbage!!!

My favorite Garbage song?  "I'm Only Happy When It Rains."

But I'll always have a soft spot for "Sunday Girl" (PARALLEL LINES) and "Suzy & Jeffrey" (AUTOAMERICAN).

PARALLEL LINES is one of the greatest rock albums ever.

Every track is a classic.

"One Way Or Another."

"Hanging on the Telephone."

"Fade Away and Radiate."

It's just an incredible album.

Wednesday, February 8, 2017.  Chaos and violence continue, Moqtada al-Sadr may be seeking a political alliance, protests in Baghdad and much more

As the western press continues to ignore events on the ground in Iraq, maybe it's time to update Tracy Chapman's "Behind The Wall"  to "the press always comes late, if they come at all"?


So far this morning, no western media  reports on the gathering protest in Baghdad.

No coincidence, Iraq's prime minister, Hayder al-Abadi, held a press conference today.  ALSUMARIA reports he called on the Parliament to immediately begin forming an electoral commission.  Get the connection?

The western media has been ignoring the protests.


Is this the day they finally discover them?

And if they do, will anything happen?

NINA reports that MP Magda al-Tamimi is calling for the members of the electoral commission to appear before Parliament for questioning due to a number of reasons including the large amounts of complaints about alleged corruption she has been receiving about them.


Due to the protest, ALSUMARIA reports, the Election Commission has closed shop and gone home for the day to avoid "friction" with the protesters.

And ALSUMARIA is reporting that the protest has started with thousands turning out to demand changes in the electoral commission and in the voting law.

ALL IRAQ NEWS carries the above photo in their report on today's protest in Baghdad.


And, in what may be shocking news for some, a new political alliance is being reported.

ALL IRAQ NEWS carries the story that Moqtada al-Sadr is discussing teaming with Ayaad al-Allawi for a political slate in the upcoming elections.

Moqtada is one of the most powerful Shi'ite politicians.  His only real challenger to the title is probably Ammar al-Hakim.

Ayaad al-Alawi is a Shi'ite as well.

He proved his political strength in the 2010 election when he devised an integrated political slate, Iraqiya, which won the 2010 elections and which would have led to Ayaad being prime minister were it not for then-US President Barack Obama overturning the election results with The Erbil Agreement.
(For those keeping track, when the US government interfered with that election, Hillary Clinton was Secretary of State.)

A teaming of Moqtada and Allawi is not all the strange.

And the two were part of a coalition attempting to get a no confidence vote against Nouri in 2011.  (Then-US Vice President Joe Biden pressured then-Iraqi President Jalal Talabani to stop the process.)


If they do form a political slate, it would not be surprising if they attempted to bring in Ammar and others they had worked with in 2011 as well.


Turning to violence, the US Defense Dept announced this morning:


Strikes in Iraq
Attack, fighter, and remotely piloted aircraft and ground-based artillery conducted 12 strikes consisting of 51 engagements in Iraq, coordinated with and in support of the Iraqi government:


The Defense Dept published an article yesterday which includes:

"At this point, ISIL fighters are stuck in Mosul," the Defense Department's director of press operations, Navy Capt. Jeff Davis, told reporters.
With Iraqi forces closing in and bridge access to eastern Mosul severed, the terrorists in the western quadrant are unable to resupply and reinforce, he said.

"The fighters who remain in west Mosul face a choice between surrendering or annihilation, as there's not a place to retreat," Davis said.

Violence is in place besides west Mosul.

Also today, a police commissioner was shot dead in front of his east Kirkuk home. a home implosion in Falluja has left 1 person dead and two more injured (the home was booby trapped),  and 2 members of the Iraqi military were killed in a western Anbar bombing.

Meanwhile Alsumaria reports that the head of security for Ammar al-Hakim, head of the Islamic Supreme Council in Iraq, has filed charges against MP Adel Nouri over an incident Monday between Baghdad and the Green Zone when they say Adel Nouri's car charged at the convoy Ammar was traveling in.  They are insisting it was an assassination attempt.