This was an amazing performance by Carly Simon.

Carly SimonVerified account ‏@CarlySimonHQ  Feb 3
We have no secrets We tell each other everything... #FlashBackFriday
7 replies7 retweets57 likes


This was her Grand Central Station concert.

I wish so much it had been released as an album.

I love the reggae feel of "We Have No Secrets."

It really takes the song on a different journey.

I just loved that concert -- still have it on VHS (though I no longer have a VHS player -- need to see if it's on DVD).

It was so wonderful.

And "I've Got To Have You" (Kris Kristofferson wrote it, she sang it on her second solo album ANTICIPATION) which, Australian community members always remind me, was a hit in their country.  (It wasn't put out as a single in the US.)

And "That's The Way I've Always Heard It Should Be."

There's enough songs that she did not perform in her Martha's Vineyard concert (which was released as CARLY SIMON GREATEST HITS LIVE on CD, cassette and vinyl) that they could have released the Grand Central Station concert.


And now for something else. 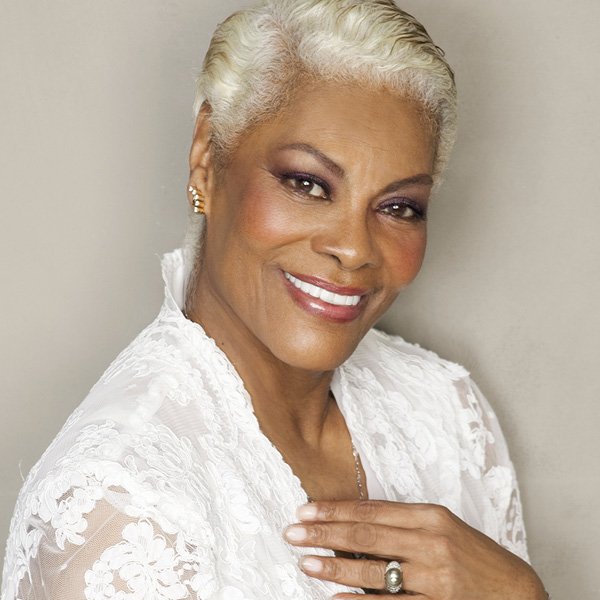 
Dionne this Friday in Florida:

AN EVENING WITH DIONNE WARWICK

I love many Dionne songs but "Walk On By" has such great music and Dionne sings it so perfectly it can break your heart.

I also love "Love Power," "Heartbreaker," "I Know I'll Never Love This Way Again," "Then Came You," "Anyone Who Had A Heart," "Are You There With Another Girl?," "I'll Never Fall In Love Again," and so many more.

Tuesday, February 7, 2017.   Chaos and violence continue as a western media blackout ignores protests in Iraq as well as international law.

What is the purpose of this trash?

It's supposed to be journalism.

But it fails at every test.

Michael Gregory seems unaware that when 'reporting' for REUTERS it is his job to provide context.

If it's just a non-stop feed, it's not reporting.

The so-called Iraqi forces are yet again breaking the law but you'd never know that to read Michael Gregory's so-called report.

They are leaving the bodies of members of the Islamic State in the streets -- so dogs will eat the corpses, one helpfully explains.


In the long and useless article, Gregory finds time for this, "But a man who approached said the bodies should be buried because that is everyone's right."

And that's the closest to context Gregory ever gets.

It is everyone's right.

It is also -- a point Gregory fails to inform the readers -- the law.

From the International Committee of the Red Cross and Red Crescent:


Rule 115. Disposal of the Dead
Rule 115. The dead must be disposed of in a respectful manner and their graves respected and properly maintained.
Summary
State practice establishes this rule as a norm of customary international law applicable in both international and non-international armed conflicts.
International armed conflicts
The obligation to dispose of the dead respectfully was first codified in the 1929 Geneva Conventions.[1]  It is now dealt with in detail in the 1949 Geneva Conventions.[2] Many military manuals specify that the dead must be disposed of decently.[3]  This obligation is set forth in the legislation of most, if not all, States.[4]  It was upheld in 2002 by Israel’s High Court in the Jenin (Mortal Remains) case.[5] The above-mentioned treaty provisions also require that graves be respected and properly maintained. Additional Protocol I adds that the parties must conclude agreements to protect and maintain gravesites permanently.[6]  The requirement to respect and maintain gravesites is also laid down in numerous military manuals.[7]
Non-international armed conflicts
The obligation to dispose of the dead decently in non-international armed conflicts is set forth in Additional Protocol II.[8]  In addition, this rule is contained in other instruments pertaining also to non-international armed conflicts.[9] A number of military manuals which are applicable in or have been applied in non-international armed conflicts specify that the dead must be disposed of decently.[10]  The legislation of most, if not all, States requires respect for this rule.[11]  It may be said that this rule reflects a general principle of law requiring respect for the dead and their graves.No official contrary practice was found with respect to either international or non-international armed conflicts. A reported case of the disrespectful disposal of dead civilians in Papua New Guinea was condemned by the UN Special Rapporteur on Extrajudicial, Summary or Arbitrary Executions.[12]
It is also likely that further detailed rules supporting the requirement of decent disposal of the dead and respect and proper maintenance of their gravesites are contained in domestic legislation.
Interpretation
The Geneva Conventions specify that the dead must be buried, if possible, according to the rites of the religion to which they belonged and that they may only be cremated in exceptional circumstances, namely because of imperative reasons of hygiene, on account of the religion of the deceased or in accordance with the express wish of the deceased.[13]  The Geneva Conventions furthermore require that, in principle, burial should be in individual graves. Collective graves may only be used when circumstances do not permit the use of individual graves or, in case of burial of prisoners of war or civilian internees, because unavoidable circumstances require the use of collective graves.[14]  Lastly, the Geneva Conventions require that graves be grouped according to nationality if possible.[15]  These requirements are also set forth in numerous military manuals.[16] It is likely that some of these requirements also apply in non-international armed conflicts on the basis of national law. In 1995, for example, Colombia’s Council of State held that the deceased must be buried individually subject to all the requirements of the law, and not in mass graves.[17]

It is a violation of the law.

In all the rah rah quotes (see the article) about how wonderful leaving bodies in the streets as a lesson is, Gregory never notes the law.

His job is to provide context.

The law is context.

When people complain that they were treated unfairly under the law, they are complaining because laws exist so that we ideally are all treated uniformly.  Mob mentality is not the law.  Vengeance is not the law.

What is taking place in Mosul right now is not the law.

It is yet another violation of the law.

And it shames not only the Iraqi military but the government that has allowed these travesties to take place.

The government of Iraq was put in place by an occupying power (the United States government).

It has failed to represent the Iraqi people which is why the Islamic State was able to get a hold in Iraq to begin with.

Now it fails to follow even the most basic recognized international laws.

And for Michael Gregory and REUTERS, that's not a story.

For them, a 'report' is a bunch of quotes about how great this is with one person quoted saying it's not right.

That's 'balance,' 'perspective' and 'context' to them?

This so-called report is hideous and doesn't meet the basics of journalism.

Again, they had a story: The violation of the laws, the disrespect of the dead.

Michael Gregory's done the equivalent of grabbing quotes from a chat board, piecing them together with no context and calling it 'reporting.'

He should be ashamed.

And people should be calling out Iraqi prime minister Hayder al-Abadi.

This is a huge violation of international law.

If he's going to get away without any rebuke for this, understand what comes next.

They fed his paranoia.

And his actions resulted in the rise of the Islamic State in Iraq.

Hayder al-Abadi is the head of state.

Iraq is publicly in violation of the law.

Hayder deserves to be called out and rebuked for that.

Instead, it's day 113 of The Mosol Slog and few are even aware of it judging by the lack of media coverage.


Mosul was seized by the Islamic State in June of 2014.

113 days ago, Hayder al-Abadi finally launched an operation to liberate or 'liberate' it.


If this was what 'planning' brought about, the world should fear what will take place in a post-Islamic State Iraq.

With the United Nations presence in Iraq, as the liberation goes forward, what comes next? And I think the United Nations Special Representative [to Iraq] has made a very strong appeal to all of us, not just countries that are on the security council, but the whole membership of the United Nations to come up now to sustain its effort to Iraq and to the people and the government to ensure that the next phases now of preparing for elections, reconstruction, in where there has been where there was destruction, helping to get the economy back on track, etc., so that this effort is sustained. But of course in the end, these things will only work if it’s led by the Iraqi people, themselves. But we are certainly there to back it up to keep on supporting Iraq.


Will the government become of and by the people in Iraq?


Though ignored by western media, those protests were called by Shi'ite cleric and movement leader Moqtada al-Sadr.

"We demand reform of the electoral commission, both in terms of its membership and its bylaws," read a statement issued by a committee tasked with organizing Sadrist rallies.

Wednesday's protest will be considered a "first step", the statement added, warning that "escalatory steps" would be taken if demonstrators' demands were not met.


Winding down, we'll note that Kurt Eichenwald takes a brief break from crusing the young males on Cedar Springs (don't worry, he understands) to Tweet this nonsense.

THE NEW YORK TIMES fired him for lying.

He was unethical, absolutely.

That is beyond insane.

Many people lied in Iraq in their reporting -- many continue to do so.

Many reported stories that did not pan out.

A loss of a friend is a sad thing.

Probably even sadder for Kurt since he's never had many.

But it doesn't mean that the press can't be called out.

And, by the way, not mentioning the name of the friend?

Yes, when you're a serial liar like Kurt that will cause many to wonder if the person ever existed.

But that's not my point.

The only thing larger than Kurt's waist is his ego.

How vain do you have to be to Tweet what he did without naming the dead?