Sarah Abdallah added,
Rep. Keith EllisonVerified account @keithellison
Can't understand why some (thank goodness only a few) people have a bigger beef with HRC than Trump. I just don't get it.
1 reply7 retweets9 likes


Blame Hillary for her loss, blame the people who rigged the process against Bernie.


I have no respect for Keith Ellison.


I don't care much for RFK or JFK either.  They abused Marilyn Monroe. 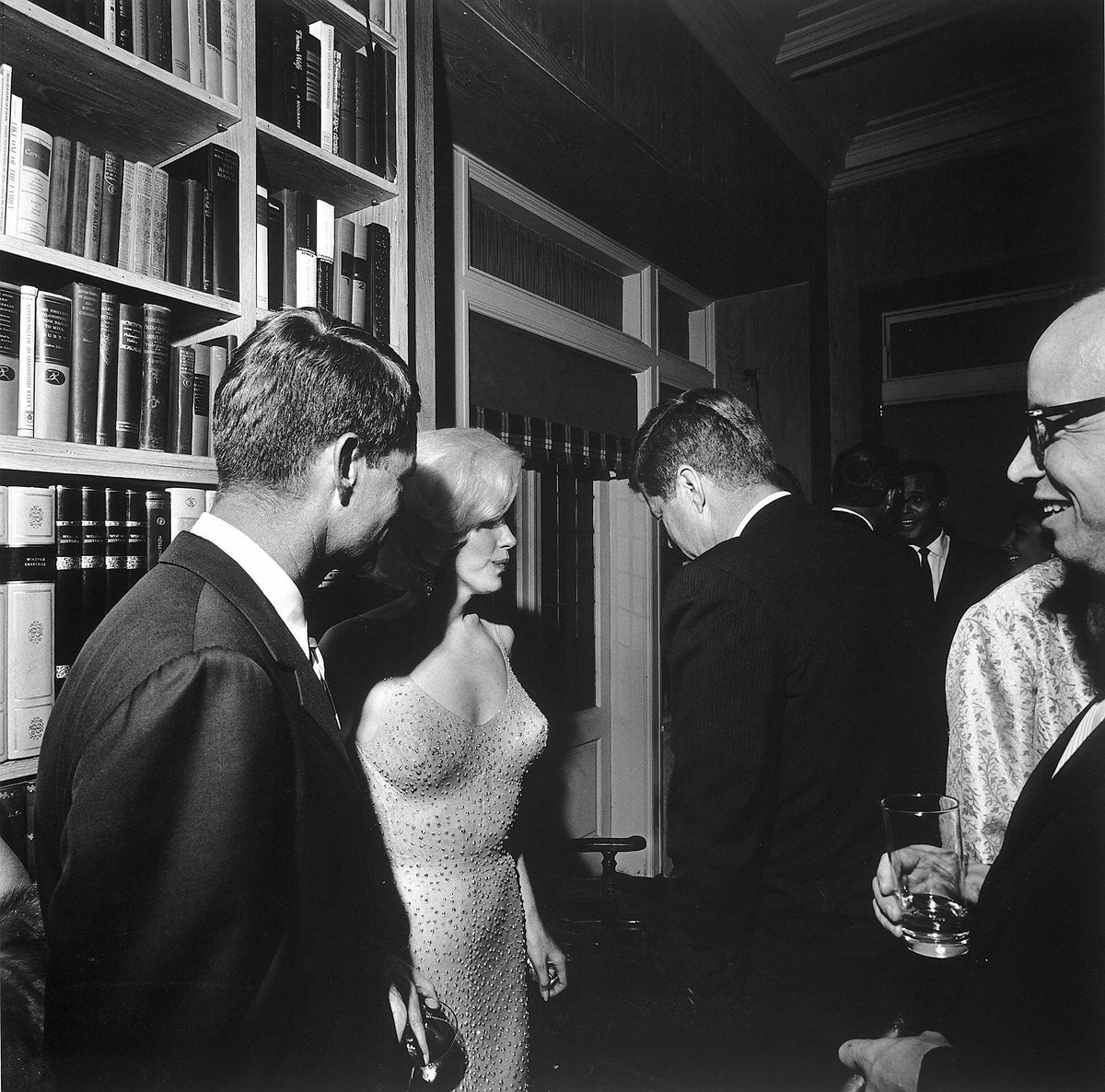 
She never had a pretty period.

Her media circle (and CIA circle, let's be honest) pimped her as pretty but, damn, she was ugly even when she was young.

USA TODAY‏Verified account @USATODAY  Mar 14
Before she was a feminist activist, Gloria Steinem was a journalist. Here's her take on the state of media today. http://usat.ly/2lXQgKF 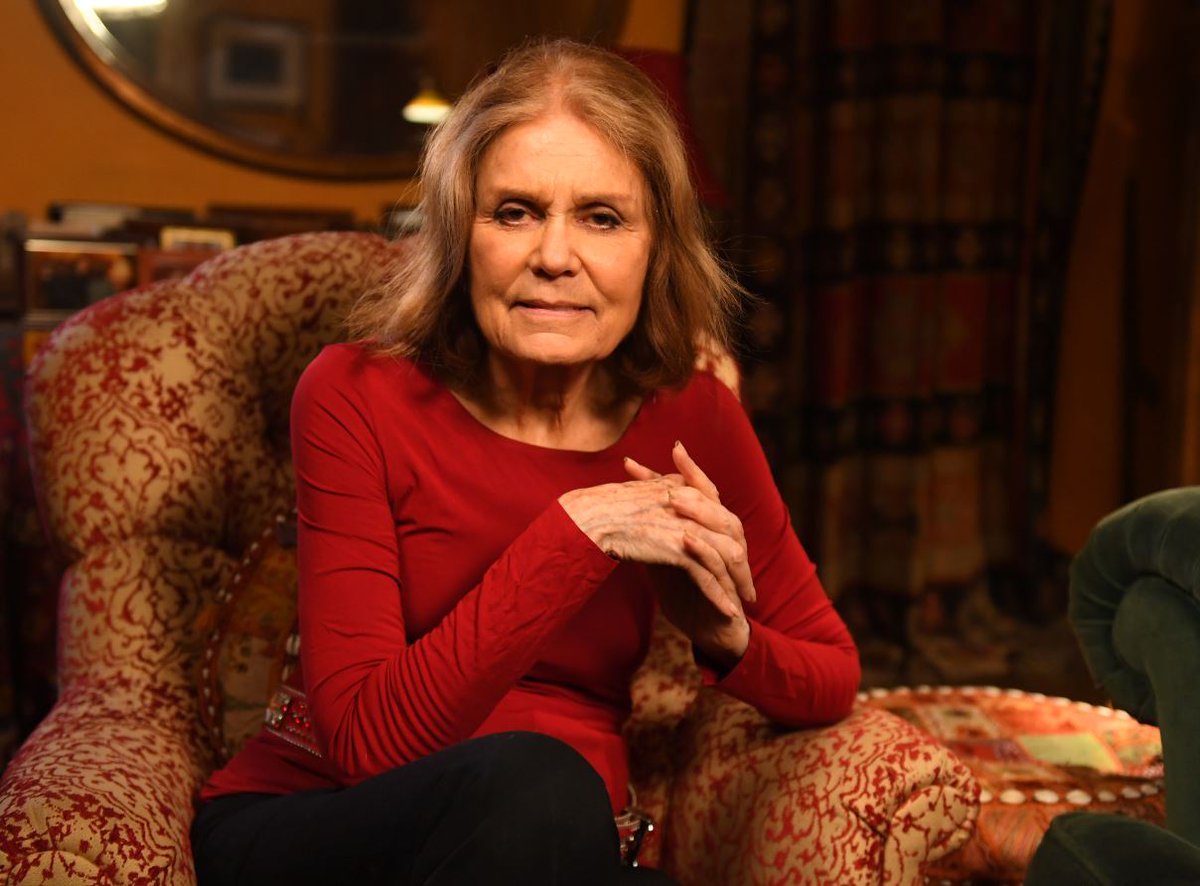 [pasta emoji]‏ @pastachips  Mar 4
Gloria Steinem playing down her work for the CIA, lol. In this 70s interview she says she was w the CIA for 4 years: https://www.youtube.com/watch?v=4HRUEqyZ7p8 …


REUTERS visits a refugee camp at the Mosul Airport, "Men push wheelchairs carrying elderly relatives or carts loaded with small children over the dusty and uneven ground, part of an exodus of people who have escaped from Islamic State's last major Iraqi stronghold."  While some would like to return home, "[o]thers simply have no homes to go back to, with countless houses and businesses used by Islamic State as military positions destroyed in air strikes and artillery shelling."  REUTERS explains that while there are toilets at the airport, "there's no water."

The disregard for the civilian population is an inevitable product of the predatory aims of US imperialism in Iraq and the broader Middle East region. When ISIS first emerged in Syria, Washington was prepared to tolerate it as a fighting force in opposition to the government of Bashar al Assad in Damascus, which the Obama administration had been seeking to remove since 2011. ISIS only became a problem for the United States when it gained substantial territory in Iraq, threatening to undermine Washington’s puppet regime in Baghdad.
In its efforts to oust ISIS from Mosul while at the same time expanding its intervention into neighboring Syria to bring about regime change in Damascus, the United States is seeking to secure its geostrategic dominance over the energy-rich Middle East, while simultaneously weakening the positions of its geopolitical rivals, above all Iran, Russia and China.

These are the civilians.


The citizens of Mosul.

The ones who have had to live under the Islamic State since June 2014.


The ones supposedly being rescued and liberated.

Wasn't that the whole point?

A US airstrike claimed the lives of at least 11 civilians in the besieged northern Iraqi city of Mosul on Sunday, according to Iraqi security officials.
In addition to the dead, including women and children, another four civilians were wounded in the bombing.
“A suspected coalition plane struck a mobile target, which left 11 civilians dead and injured four others,” a security source told Turkey’s state-run Anadolu Agency. The brief description suggests that the US warplane struck a vehicle loaded with civilians attempting to flee the fighting.
The densely populated area of western Mosul has been under constant attack since mid-February when Iraqi forces--including army troops, police, Kurdish Peshmerga fighters, Sunni tribesmen and Shia militias--began operations aimed at retaking that part the city from the Islamic State of Iraq and Syria (ISIS), which routed government forces and took control of Mosul in June of 2014.

The US-backed offensive is steadily reducing much of Mosul to rubble and there are clear indications that the Pentagon has given the green light for airstrikes that inevitably result in the killing of unarmed men, women and children.


And terrorized by more than the bombings.


Displaced Iraqi civilians tell @ramitanavai they’re as scared of the militias as they are of ISIS #IraqUncoveredPBS to.pbs.org/2mLjskO
Iraq Uncovered - Trailer
Ramita Navai examines the power of Iraq's militias, concerns about sectarian fighting, the impact on civilians and what’s happening in the places where ISIS has been pushed out.
1 reply28 retweets17 likes


With a flood of foreign forces added to The Mosul Slog, there is some movement.

And Hayder al-Abadi, prime minister of Iraq, sees a light at the end of the tunnel.

Iraq wants fewer US forces on its territory now that the Islamic State group is close to defeat in Mosul, Haider al-Abadi has told Middle East Eye.
The Iraqi prime minister used his regular weekly press conference to set out his stall for Donald Trump, on the eve of becoming the first Arab leader to visit the US president in Washington next week.
Asked by MEE whether he favoured a reduction in US troops, the Iraqi leader said: "As we are crushing [. . .] [IS], it is clear that there is a need to reduce the number of our allies who are helping us."
He pointed out that it was his predecessor, Nouri al-Maliki, who had asked US forces to return after IS captured Mosul, the capital of Nineveh province, in June 2014.

And for now, the Iraqi government continues to ignore the people of Iraq.

Iraqi authorities said Thursday that more than 150,000 people have fled fighting in and around west Mosul since security forces launched an operation to retake it from jihadists last month.

The International Organization for Migration released displacement figures on Wednesday indicating that nearly 100,000 had fled, but those statistics included fewer people residing outside of camps.


This stage of the operation -- western Mosul -- isn't even a month old and already 150,000 new refugees created.


And the Iraqi government did nothing to prepare for the refugee crisis.


What is it doing?

A question sort of touched on at yesterday's US State Dept press briefing moderated by spokesperson Mark Toner.


MR TONER: Yeah, Iraq and then back to Michele, and then I’ll work my way around, I promise.


QUESTION: Yeah. Reuters quoted an Iraqi politician, Khamis Khanjar, who said at least 3,500 civilians have been killed in Mosul within the past month. He also said that the mounting casualties came mainly from airstrikes and indiscriminate shelling of heavily crowded neighborhoods. As I understand, neither the Iraqi Government nor the coalition had officially acknowledged any civilian casualties in this operation. Does it mean that they didn’t happen? What information do you have?


MR TONER: I’m sorry, can you just repeat the top part of your question? Who – who has made these claims?


QUESTION: Sure, sure, sure. So Khamis Khanjar, who is an Iraqi politician, he said that at least 3,500 civilians had been killed in Mosul within the past month. He also said the mounting casualties came mainly from airstrikes and indiscriminate shelling of heavily crowded neighborhoods. As I understand --

MR TONER: No. I mean, as I’ve said many times, if there’s credible allegations of civilian casualties as a result of Iraqi Security Forces’ actions or, frankly, of the coalition’s actions, then they should be investigated. I just don’t have any kind of visibility on these precise – or these exact allegations. I can only say that we stand by what we said before, which is we take every effort in carrying out our own airstrikes, but also in sharing information with Iraqi Security Forces, to – obviously, to avoid civilian casualties. I just don’t have any sense of whether these are credible numbers or not. I just can’t answer – I can’t speak to it.

MR TONER: Yeah, please. One more and then Michele.

QUESTION: About visibility, I remember on Aleppo, the State Department cited monitoring groups and credible organizations, like John Kirby would say, to talk about civilian suffering in Aleppo. What information do you have from monitoring groups and credible organizations about civilians in Mosul and what they’re going through?

QUESTION: Can you cite any reports?


MR TONER: I think there’s UN organizations on the ground, obviously, dealing with refugees fleeing the city. I’d have to get back to you on what are the monitoring groups. And again, it’s not that there aren’t them – there aren’t some there, I just – I don’t have precise details. But obviously, we’re working very closely and the Iraqi Government’s been very clear about wanting to avoid civilian casualties.