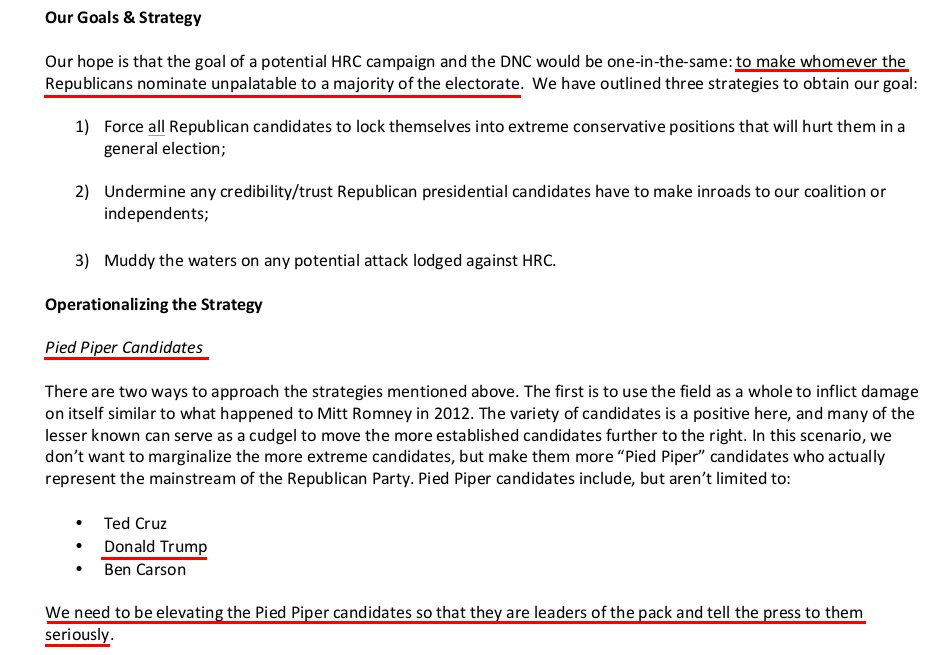 
Exactly.  She's the one who wanted Donald to be the Republican nominee because she wanted the worst possible nominee to run against her thinking she could beat the worst one.

But she got her wish and turns out that she couldn't win against even the worst.
\
Hillary was a lousy nominee in 2016.

And that was shocking to me, watching her 'campaign.'

In 2008, I saw her inspire hope and I saw her speak for people who felt forgotten or overlooked.

It was over the top.  And insane -- insane to think that because this or that celeb liked Hillary she'd get their fans votes.  It was beyond nonsense.

Thursday, July 12, 2018.  NATO worshipers crawl out from under their rocks as the corruption in Iraq remains.


Let's start with the stupid:


Afghanistan didn't attack the US.  The Taliban harbored al Qaeda.  The Taliban was backed by Mika's father but she's still on MSNBC and he's still wandering around in his prescription drug induced haze.

And of course, Iraq didn't attack the US.

It's hard for fat f**ks with ugly mugs in cheap t-shirts to grasp that reality.  I think the crotch rot eventually gets to their brains.

That would explain their stupidity in defending NATO.

I think that we learned a number of things from the NATO summit in Chicago this past weekend. One of them was that a number of European countries have a far more functional democracy than we do, in the sense that governments are far more accountable to public opinion, particularly on the war in Afghanistan. I think that NATO played the role that it has played for a very long time, which is to provide political—and to a small degree, military and economic, but primarily political—cover to United States operations. What we see in NATO is that this is a U.S. set of decisions, and NATO is being brought on board, encouraged to keep even a few troops there. My personal favorite of the moment is Austria. They have three troops in Afghanistan at the moment. You know, this is designed to make it appear to be a multilateral operation in Afghanistan. And in fact, this is a U.S. operation and needs to be treated as such. I think that what we’re dealing with is a scenario in which a relic of the Cold War, the NATO alliance, which was always designed in a far more offensive way than defensive, I think, has reached, if it hadn’t before—and we can argue that separately—but certainly has reached the end of any shred of legitimacy in this period of history. You know, this is really about the hammer and the nail. When you’re a hammer, everything looks like a nail. When you’re a military alliance, every problem looks like it requires a military solution. NATO is a giant, big hammer. The problem is, Afghanistan is not a nail, Libya is not a nail. These are political problems that need to be dealt with politically. And by empowering, more than any other regional organization, a military alliance, NATO is really serving to undermine the goal of the United Nations Charter, which speaks of the importance of regional organizations, in political terms, for nonviolent resolution of disputes, not to put such a primacy and privilege on military regional institutions that really reflect the most powerful parts of the world.


"NATO is really serving to undermine the goal of the United Nations Charter . . ."


NATO and imperialism. At the Berlin Conference of 1884, 14 colonial powers met to divide Africa among themselves. Within just 18 years all of Africa, w/ the exception of Ethiopia, was subjected to colonial slavery. Those 14 countries are the core of NATO today -- similar agenda!
22 replies655 retweets991 likes


Here's Howard Zinn (writing for the BOSTON GLOBE, 5/28/99, column was "The deadly semantics of NATO bombings"):

Isn't it time we stopped using the word ''accidental'' to describe the NATO bombing of Yugoslavian hospitals, residential neighborhoods, buses, trains, trucks, and refugees on roads that has killed or maimed at least 1,000 civilians, including children? The word ''accident'' is not an accurate description of the mayhem we have caused in Yugoslavia. True, the world ''deliberate'' does not fit either. It is understandable that Serb leaders would call it ''deliberate,'' just as it is understandable that our leaders would call it an ''accident.'' Both words are propaganda devices that blur a reality more complex than that two-word vocabulary can convey. An accident implies something unforeseen. True, a recent bombing - to take an example of the hospital bombed in Belgrade - may have been unforeseen as a specific consequence of bombing the city. But it was foreseeable, given the magnitude and nature of the bombing, that some hospital, school, village, or bus would at some point be hit, and civilians would die.
If I drive my car at 80 miles an hour down a street crowded with children, and 10 of them are killed, I cannot dismiss this as an accident, even if I had not intended to kill these particular children. When an action has inevitable and terrible consequences, it cannot be excused as ''accidental.''


Exactly.  NATO's actions are not "accidental."


Any Black person defending the Western alliance is either a fool, agent, white supremacist or all of the above. Opposed the U.S./EU/NATO axis of domination.
15 replies125 retweets253 likes

Reactionary democrats are defending NATO and something called the "Western alliance" further exposing them as a war party and a party committed to upholding white supremacy because that is all that the Western alliance is - an alliance of capitalist white supremacist nations.
41 replies425 retweets842 likes


Here's George Galloway (ICH), "I believe that NATO and its partner organizations, far from being a defensive shield, are an aggressive, ever wider broadsword. Far from keeping the peace they represent a clear and present danger of war. Far from representing ‘the democracies’, NATO poses a real threat to democratic control of foreign and defense policy in member countries."


But a lot of idiots want to defend NATO.  Facts don't matter to them.  Facts never have mattered to them.  They're middle-of-the-roaders trying to pass themselves off as something else.


They search desperately for 'moral' issues to avoid reality.

Please note that the video above is from archive. The tribal area near West Qurna oil fields is 60 miles north of Basra city, capital of the province of Basra. The protests have spread from West Qurna to the city (3rd largest in Iraq) where the youth are leading the protests
0 replies0 retweets4 likes

Protests are surprising to some -- indicating that they haven't paid attention to one damn thing in Iraq.

Iraq’s Independent High Electoral Commission IHEC team arrived to Erbil on Wednesday with a plan to conduct a manual recount of parliamentary elections ballots.During the past two weeks, a nine-judge panel of commissioners moved from one province to another, carrying out a recount in the hopes of settling a heated national debate revolving around election results that have been plagued by fraud accusations.The team visited a number of governorates, including Sulaymaniyah.Informed sources said that the IHEC brought 425 disputed ballot boxes from the Salaheddine province and another 501 from al-Anbar. Sources confirmed that the Baghdad will be the last province to have its votes recounted.In Erbil, there are 220 ballot boxes that will have their votes recounted.IHEC and the judges overseeing the process across the country previously announced that they had interpreted the Supreme Court’s approval of a manual recount as applying only to ballot centers where fraud complaints were lodged.

Recounts began July 3rd.  They continue.  Despite the fact that there is no real change in the vote tallies.


So May 12th, Iraq held national elections.  Ahead of the elections, there had been big hopes -- these hopes included a large turnout.   Ali Jawad (ANADOLU AGENCY) noted, "A total of 24 million Iraqis are eligible to cast their ballots to elect members of parliament, who will in turn elect the Iraqi president and prime minister."  RUDAW added, "Around 7,000 candidates have registered to stand in the May 12 poll, with 329 parliamentary seats up for grabs."  AFP explained that the nearly 7,000 candidates includes 2014 women.  THE SIASAT DAILY added, of the nearly 7,000 candidates, "According to the electoral commission, only 20 percent of the candidates are newcomers." Ali Abdul-Hassan and Sinan Salaheddin (AP) reported, "Iraqi women account for 57 percent of Iraq’s population of over 37 million, according to the U.N. Development Program, and despite government efforts to address gender inequality, the situation for Iraqi women has declined steadily since 2003.  According to the UNDP, one in every 10 Iraqi households is headed by a widow. In recent years, Iraqi women suffered further economic, social and political marginalization due to decades of wars, conflict, violence and sanctions."


The other big hope?  For the US government, the biggest hope was that Hayder al-Abadi's bloc would come in first so that he would have a second term as prime minister.  It was not to be.  Mustapha Karkouti (GULF NEWS) identifies the key issues as follows, "Like in previous elections, the main concerns of ordinary Iraqis continue to be the lack of security and the rampant corruption."


Martin Chulov (GUARDIAN) captured the mood,  "But as voters trudged towards polling stations, there was none of the euphoria of previous polls – where purple ink-dipped fingers were happily displayed – and almost no energy surrounding the process. Iraqis had done it all before, and elections had delivered little."

With over half the votes counted, powerful Shia cleric Muqtada al-Sadr has emerged as the leading contender in the Iraq elections aje.io/drn3n

By Monday the 14th, Ayad Allawi was calling for a full recount.  While the US government was working behind the scenes to oveturn the results.  Simon Tisdall (GUARDIAN) explained, "The unexpectedly poor showing of Haider al-Abadi, Iraq’s prime minister, in parliamentary elections has dealt a blow to US influence in the country. [. . .] Put simply, Sadr believes Iraqis should run Iraqi affairs – not Washington, not Tehran and not their proxies."


Some were surprised by the results.

It was obvious what was gong to happen.  The Iraqi people have been railing against the corruption and the corrupt politicians for some time.


That was Saif Ali, speaking to Anthony Shadid (NEW YORK TIMES) in 2010.

Things have not gotten better in the years since, they've only gotten worse.


That's what the protests in Basra are about.

Basra , Southern Iraq , reaidents are protesting lack of services, unemployment, environmental waste by oil companies. Basra produces so much oil yet the lcoals do not benefit as much from the incoming money due to corruption.