But the reason a number get irritated with her has more to do with her fanatics who overdo everything.

Stevie's Wonder added,
Jester @1994_jester
Replying to @SketchesOfPunk @OwenBenjamin
not only that, before Madonna the big stars in music were male rock stars, after her mostly female women.
1 reply2 retweets8 likes

Madonna fanatics are a lot like Hillary Clinton's creeps, they don't get that the world existed before the rise of either and that many women were battling bigger odds long before either woman emerged. 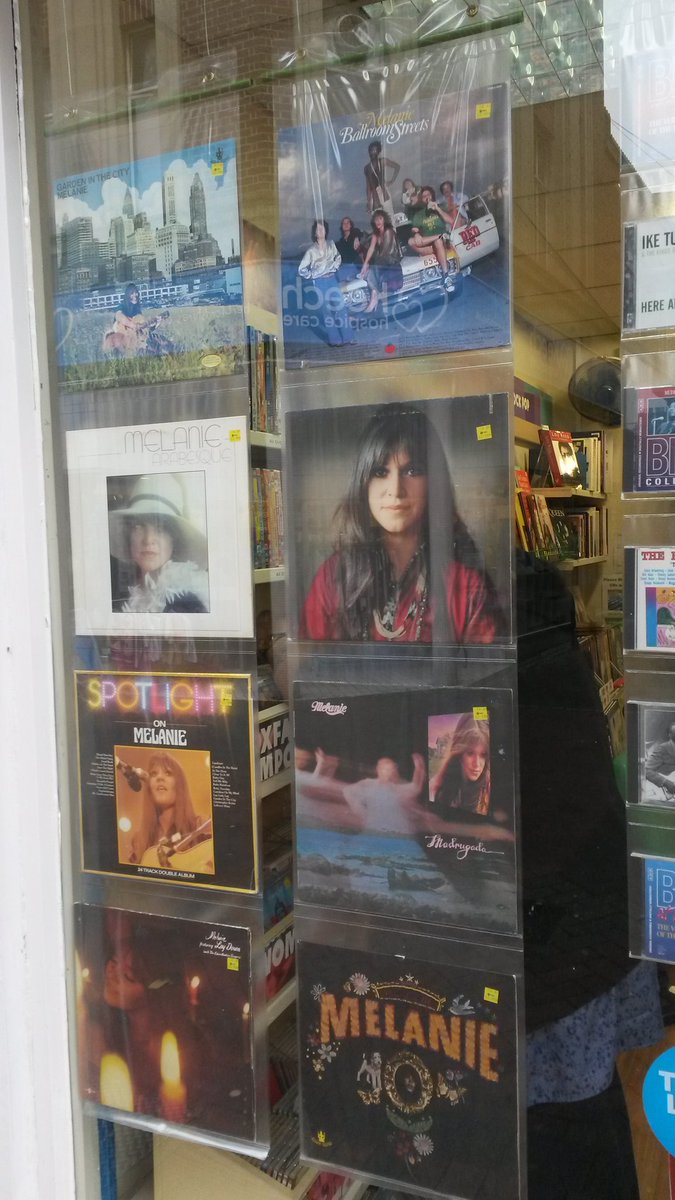 I love so many songs of Melanie's but my favorite will probably always be "Peace Will Come (According to Plan)."


Others can feel differently:

Ashby McGowan‏ @AshbyMcgowan  Oct 24
@melaniesafka This and Beautiful People are my two fav songs/poems-wonderful. The energy and love
0 replies0 retweets1 like


And that's because Melanie writes so many great songs.

She's still singing and writing and I've reviewed two of her great albums in the last years:

Melanie's Ever Since You Never Heard Of Me

Per an assortment of treaties and agreements -- as well as the Leahy Amendment -- the US must immediately cut off support with the Baghdad-based government.

This means that the administration of US President Donald Trump are currently breaking the law.

On Thursday, Baghdad spurned Kurdistan’s offer to “freeze” the results of referendum, insisting the plebiscite be cancelled outright.

The U.S. has seemed reluctant to do more than beg its Iraqi and Kurdish allies to put aside their differences and talk it out. On a surprise trip to Baghdad this week, U.S. Secretary of State Rex Tillerson asked Iraqi Prime Minister Haider Al-Abadi to stop using violence against the Kurds.
“We want calm, we want dialogue,” State Department spokeswoman Heather Nauert said in a press briefing this week. “We don’t want any violent acts being taken by anyone on any side.”
So far, no one in Baghdad appears to be listening.

Washington's decision to back Baghdad in its dispute with Erbil was based on its strategy to help Iraqi Prime Minister Haidar al-Abadi consolidate power and curb Iranian influence.
But by acquiescing to Baghdad's offensive on Kirkuk, the US inadvertently empowered the Iran-backed militias, which have dominated Iraq's security sphere since the 2014 collapse of the Iraqi armed forces.
The PMUs are supported by large segments of the Shia community in Iraq and will almost certainly alter the political map of the country in forthcoming elections in 2018. While in their ranks there are a number of state-aligned units that do not answer to Tehran, the PMUs are led and dominated by two Tehran-linked militias: the Badr Brigade and Ketaib Hezbollah.

The US government's refusal to support the Kurds has led to condemnation in some quarters.  David Shuster offers this commentary.

i24NEWS English‏Verified account @i24NEWS_EN  10h10 hours ago
US abandonment of the #Kurds in #Iraq is a moral failure and a strategic mistake, @DavidShuster says
1:21
Kurds
Stateside | i24NEWS
3 replies33 retweets41 likes

Stephen Mansfield‏Verified account @MansfieldWrites  22h22 hours ago
The U.S. abandonment of the #Kurds is absolutely stunning. Everyone needs to hear it. New Podcast...
18 replies141 retweets189 likes


Having sold out the Kurds and broken the law, the US government has certainly gone out on a limb for the Baghdad-based government.  And in return?  Hayder al-Abadi has attacked US Secretary of State Rex Tillerson's suggestion that Iranian influence be slightly curbed.  Further, IRAQI NEWS reports:

The Iran-backed paramilitary force fighting Islamic State alongside the Iraqi government said Friday the United State’s remarks branding one of its top leaders as “terrorist” were a transgression against Iraqi security services.
Ahmed al-Assadi, a spokesperson of the Popular Mobilization Forces, said in statements, circulated by some Iraqi media outlets, that U.S. State Department Spokesperson, Heather Nauert’s description of Abu Mahdi al-Muhanids, deputy chief of the PMF, as a “terrorist” was a transgression against Iraqi security services.
“We are waiting for the Iraqi Foreign Ministry to respond to that transgression,” Assaid stated, noting that those remarks would not discourage the PMF from its mission.

Maybe Hayder and company feel they no longer need US support?  THE DAILY TIMES reports, "Iraqi Prime Minister Haider al-Abadi, whose forces Thursday battled jihadists in the west of the country and Kurds in the north, won the support of Iranian leaders at talks in Tehran."

Harald Doornbos‏Verified account @HaraldDoornbos  5h5 hours ago
1/ Am near to Faysh Khabur now, on Iraq/Syria border. Despite Iraqi push, Kurds in control of area. Ambulances waiting to transport wounded.


Harald Doornbos‏Verified account @HaraldDoornbos  5h5 hours ago
Replying to @HaraldDoornbos
2/ Kurdish doctor told me: "Yesterday we had many wounded, especially from artillery, not bullets." Today 2wounded. "It is relatively quiet"
4 replies39 retweets47 likes


Harald Doornbos‏Verified account @HaraldDoornbos  4h4 hours ago
Replying to @HaraldDoornbos
3/ Talked to Peshmergas who just returned from front. "For now no fighting. Y'day difficult but we stopped attack. No idea about tomorrow."
3 replies18 retweets21 likes

Harald Doornbos‏Verified account @HaraldDoornbos  2h2 hours ago
Replying to @HaraldDoornbos
5/ One Peshmerga claimed: "It's a scandal that Iraqi forces use U.S. supplied guns against us which were given to them to fight ISIS."
5 replies25 retweets23 likes

Harald Doornbos‏Verified account @HaraldDoornbos  50m50 minutes ago
Replying to @HaraldDoornbos
7/ In Zakho, Kurdish civilians now putting up "banners with names &pics of our martyrs" who died y'day &today in battle with Iraqi forces.

Harald Doornbos‏Verified account @HaraldDoornbos  46m46 minutes ago
Replying to @HaraldDoornbos
8/ ...and more banners of young men who will never see their own children grow up. Too many sad stories here.

REUTERS is reporting that a truce may have been reached.  From earlier today:


No truce could mean problems for Hayder al-Abadi.  The only thing propping him up has been the US government.