Diana Ross' video for "The Best Years Of My Life." 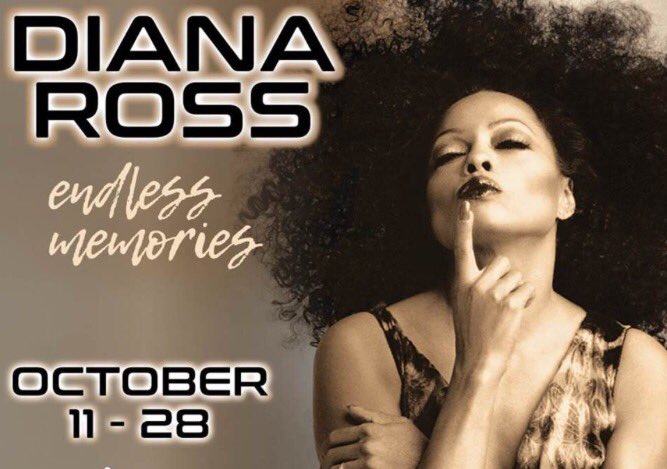 
See the one and only Diana live.

And a track that has grown on me in the last years as I've really dived into Diana's classic album THE BOSS, "Once In The Morning."


But let's do one more ballad, "I'm Watching You Tonight" -- from her album EATEN ALIVE which she worked on with the brothers Gibb.

So the Islamic State is no more in Mosul -- or, according to Hayder al-Abadi -- in Iraq at all?

ALSUMARIA reports that Lt Gen Abdul Ghani al-Asadi declared today that the "final victory" in Mosul over the Islamic State will be "in the next few days."


Some rush in a little foolishly.


Maybe because the Islamic State has not been terminated in Iraq.


Maybe because Rihanna is an artist with a huge following so whomever she dates becomes news.


Maybe because the press knows people like Zain will be hating because they get a little nervous whenever a Sunni (Rihanna's new boyfriend) is involved.

But primarily because the Islamic State remains in Iraq.

In yesterday's snapshot, I called Liz Sly out for this Tweet:

Reuters: Iraqi forces have captured the Nuri Mosque where Baghdadi declared the ISIS caliphate. The battle for Mosul is as good as over.
11 replies354 retweets487 likes


A little while after we posted, this went up.

Replying to @LizSly
2/2 But to be clear, winning back Mosul does not mean the war in Iraq is over. Far from it. ISIS still controls a big area there & in Syria
4 replies30 retweets26 likes

She's correct.  Susannah George (AP) observes, "Even after Mosul is retaken, however, IS still controls significant pockets of territory in Iraq that Iraqi forces say will require many more months of fighting to liberate." 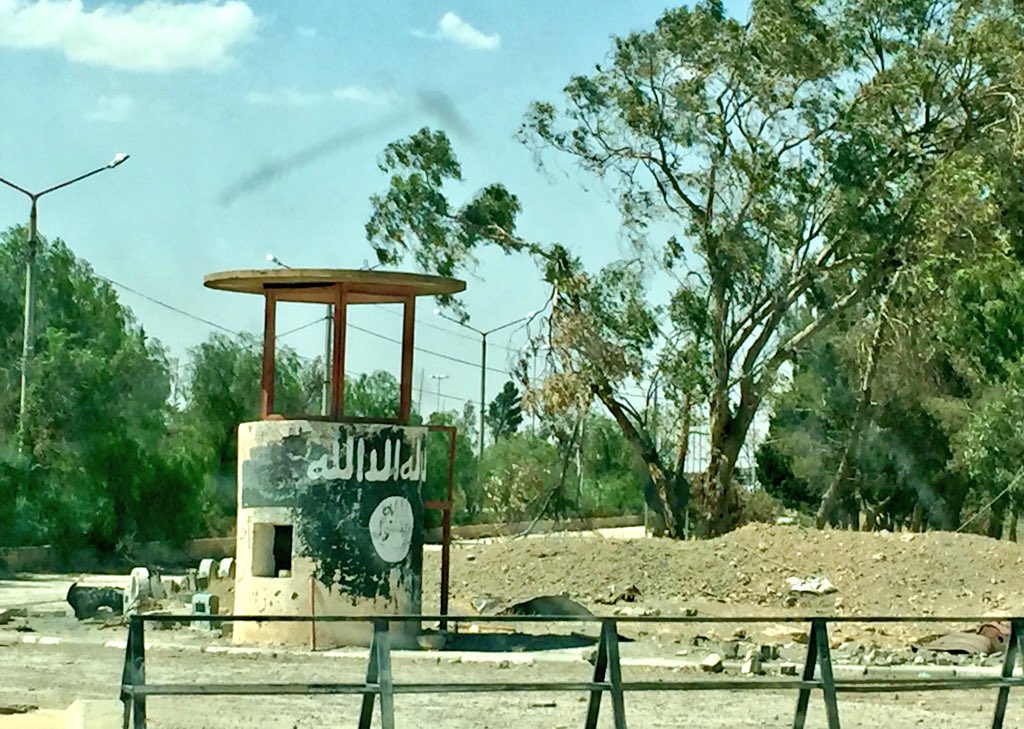 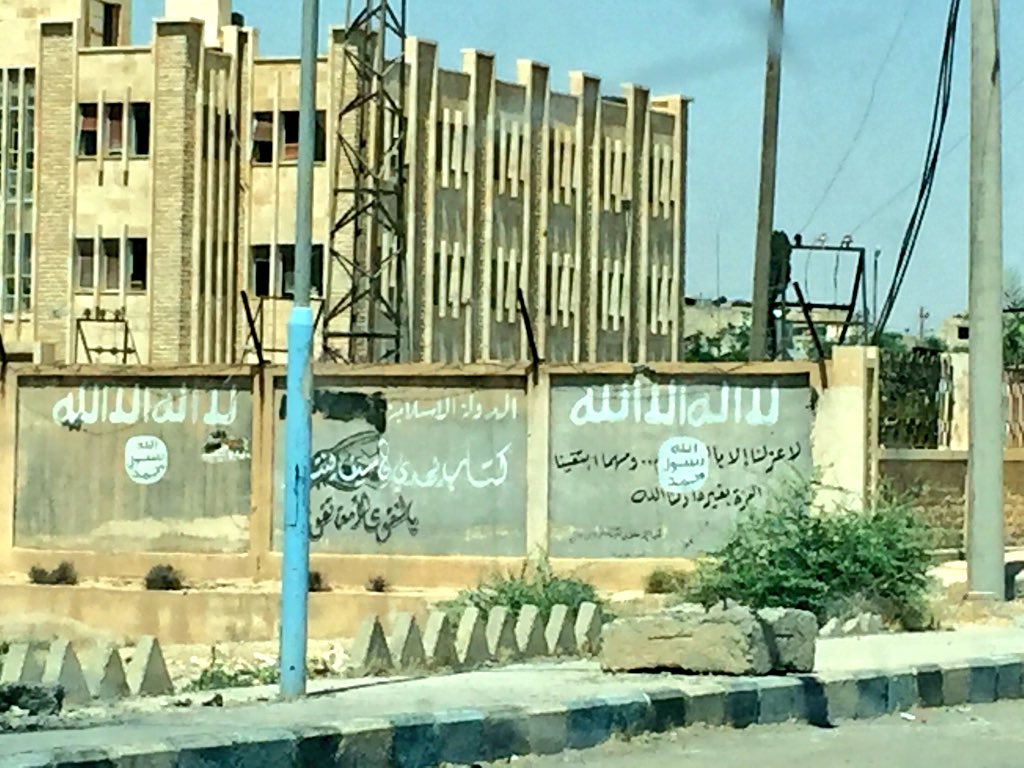 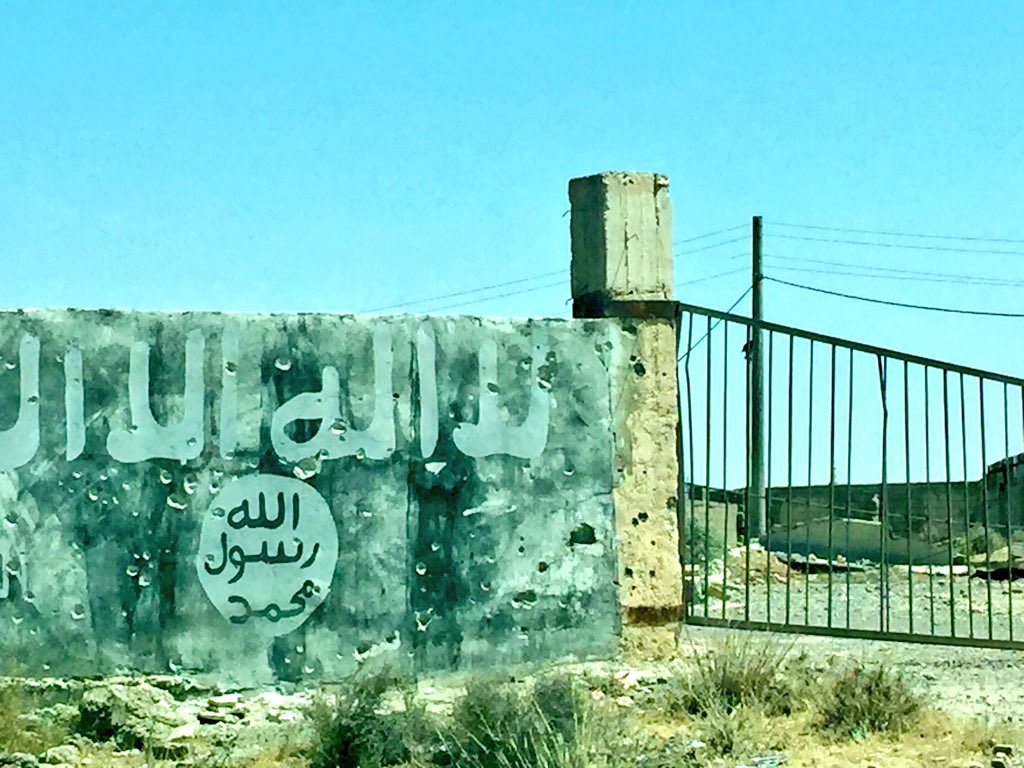 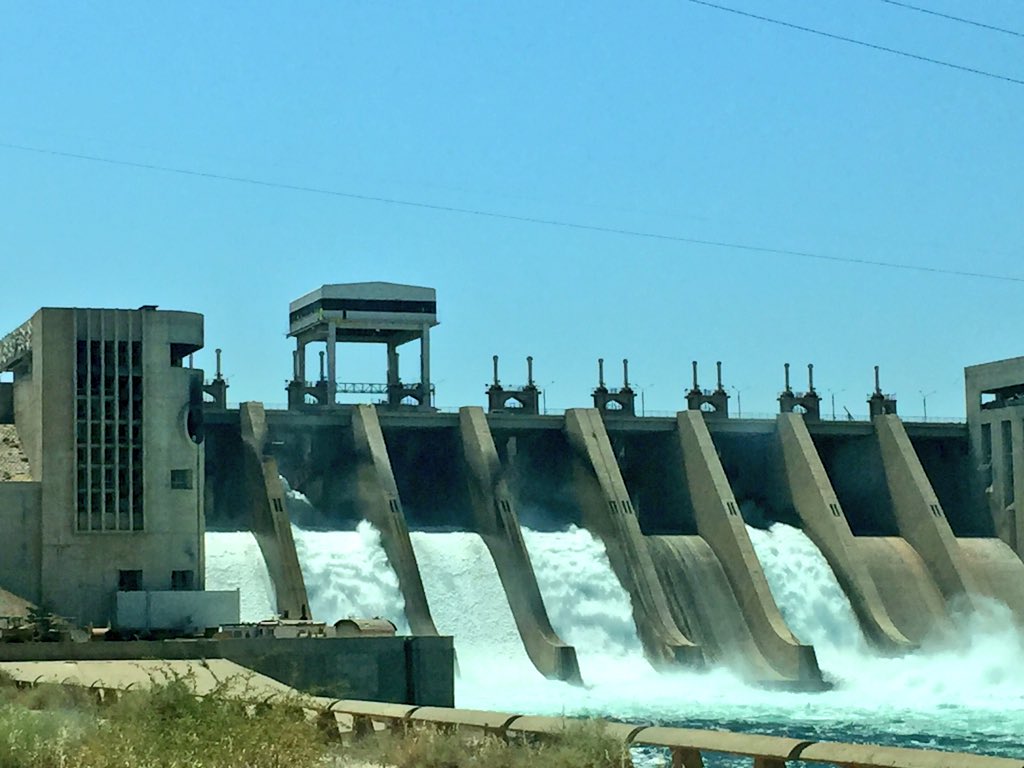 
And if it ends tomorrow, what happens then?

If patterns hold, not a whole to cheer about.

Cities in Iraq and Syria that have been liberated from Islamic State control still suffer a great deal of violence at the hands of the extremist group, but the attacks may be ISIS’ reaction to its weakening foothold in the region, according to a report Thursday by the U.S. Military Academy’s Combating Terrorism Center.

The report monitored 16 cities, from their date of liberation until April 2017, and used self-reported data from ISIS, which only reported death tolls in 30 percent of its 1,468 attacks. The group claimed just under 2,600 deaths, about 8.6 per attack. According to the CTC report, if that average were applied to the remaining 70 percent of attacks, the death toll would be greater than 12,000.


For 250 days, The Mosul Slog has provided a lot of cover for Hayder al-Abadi's do-nothing government.

The cover slips away when the slog ends.

And some are preparing for that day.

ALSUMARIA reports that committees have been formed to investigate theft and corruption -- specifically corruption in the ports of Basra and theft of land in Baghdad.  Who's leading this call?
Shi'ite cleric and movement leader Moqtada al-Sadr.

And Nouri's bound and determined to return as prime minister.

Next year's elections (if they take place) could be explosive as Nouri and Moqtada are already squaring off against one another.

Nouri is the poster board for corruption.

A fairly broke thug leaves office with millions while the Iraqi people suffer?

The people struggle and Nouri's thug son has lodgings all over the world.  And sports cars parked at every one.

Nouri got rich during his two corrupt terms as prime minister.

While that happened, the Iraqi people suffered.

One reason Moqtada hits so hard on the topic of corruption is that it's one of Nouri's biggest liabilities.

The provinces were supposed to hold elections back in April.

That did not happen.

September is supposed to be when this will take place but there is also talk of merging them with the national elections planned for next year.

The Sadrist movement has had a busy few months. The Iraqi political movement, which is led by the cleric Muqtada al-Sadr, has defected from the larger Shiite Muslim political alliance to which it belongs, withdrawn ministers from government, joined in popular anti-corruption demonstrations calling for political reform and now, it seems, the Sadrists are trying to form a new alliance in preparation for federal elections next year. The most interesting thing about the latter is that the Sadrists appear to want to form an alliance that does not rely on sectarian affiliations – that is, whether one is a Shiite or Sunni Muslim. It may also end up not mattering whether one is religious or not, too.
For several weeks now, the Sadrists have been holding a series of talks with secular political groups. If successful, the alliance would be the first between a religious, Shiite Muslim political group and a secular, civil-minded one.
“The Sadrist movement will be the first to break away from these sectarian alliances,” Ali Shawaileh, an MP for the Sadrist movement’s political party, known as the Ahrar bloc, told NIQASH; the model built on sectarian alliances and quotas for each of them in Iraqi politics has failed, he argued.
“And we have made many concessions in order to be able to do so,” Shwaileh continued. “We withdrew our ministers from the government so that the prime minister [Haider al-Abadi] was able to choose technocrats for ministers. However all the other political parties rejected this and continued to insist on the posts being filled, according to sectarian quotas.”

The meetings between the Sadrists and secular groups involve two major subjects. Firstly, their ability to form a future-proof political movement and how to compete in the next federal elections, slated to be held in 2018, with it. And secondly, how to keep up the pressure with weekly protests that take place every Friday in Baghdad and in other provinces.
There are obvious ideological differences between the two groups but they also have some very important things in common. One of the most vital is their shared enmity for Iraq’s former prime minister, Nouri al-Maliki. Not a week goes by without some senior member of the Sadrist movement criticising al-Maliki. Muqtada al-Sadr himself said in a television interview in mid-May that he would never vote for al-Maliki again because he had sold off the country.


One of my favorite Fleetwood Mac non-single tracks has always been Stevie's "Beautiful Child."

It's one of the best tracks on TUSK and it's a great song.

Right now, there a lot of claims like this:

ALJAZEERA reports, "Iraqi authorities expect the battle to end in the coming days as the Islamic State of Iraq and the Levant (ISIL, also known as ISIS) group has been bottled up in a handful of neighbourhoods of the Old City."


That reality doesn't interfere with some.

Reuters: Iraqi forces have captured the Nuri Mosque where Baghdadi declared the ISIS caliphate. The battle for Mosul is as good as over.
2 replies103 retweets61 likes

You really have to marvel over that nonsense.

Liz Sly is paid to report what is.

She clearly doesn't grasp the job.


The truth is the battle continues.

But the truth is tossed to the side by the immature.

That would include those who lap at the crotches of military men (they themselves haven't usually served ever).

Those are the heroes?


I would think the people of Mosul who managed to survive three years of being occupied by the Islamic State would be the heroes.

You know, the people the Iraqi government abandoned for over two years?

The ones the Iraqi government made no effort to assist or help?

It could end today.

But as of right now, it continues.

Al Jazeera English‏Verified account @AJEnglish  18m18 minutes ago
As the Iraq army seizes ruins of Mosul's al-Nuri mosque from ISIL, we look at who controls what in the city aje.io/v4p3

More reality: once the Islamic State no longer controls any of Mosul, the focus returns to the failures of the Iraqi state which are many.


Harlan Ullman and Arnaud de Borchgrave (UPI) note that "the Sunni-Shia schism has not been reconciled. Nor have relations between Baghdad and Kurdistan been resolved."


The Islamic State has allowed many to ignore the problems with the government.


Maybe Liz Sly could take a break from palm reading and report on what passes for post-liberation in Iraq?