We're theme posting tonight.  A song that's stuck in our head this week -- new or old.

I love all the songs but that one has just stuck in my head all week.

It's not usually, for me, a case of hearing it and then it sticking in my head.

When a song sticks in my head, it's usually like a little reminder that I'm needing to listen to the album it's from again.

And I really love 24-KARAT GOLD: SONGS FROM THE VAULT.

It's one of those albums that you knew was great in real time but it only gets better as time passes.

"The Dealer" is probably my favorite song on the album so it surprises me that "Lady" is the one that's stuck in my head this week.

But who can explain the workings of the mind?

Wednesday, February 3, 2016.  Chaos and violence continue, the US government admits there are more US troops in Iraq than they have previously disclosed, Barack Obama is breaking the law by supporting the Baghdad-based regime, and much more.

Today, the US Defense Dept announced/bragged/claimed:

Strikes in Iraq
conducted in Iraq, coordinated with and in support of Iraq’s government:

-- Near Albu Hayat, a strike struck an ISIL tactical unit.

-- Near Beiji, a strike struck an ISIL tactical unit.

-- Near Habbaniyah, a strike struck an ISIL tactical unit and destroyed an ISIL rocket rail and an ISIL fighting position.

-- Near Sultan Abdallah, a strike suppressed an ISIL mortar position.


Another day and more of the same.

But isn't that the story always?


Jim Michaels (USA TODAY) reports, "Iraq said Tuesday it is building a wall and trench around Baghdad in an effort to secure the city from terror attacks."

As Aretha Franklin sings, "Here we go again, it's the same old song."

The Iraqi government plans to seal off Baghdad within weeks by ringing it with a series of trenches and setting up dozens of traffic checkpoints to control movement in and out of the violent city of seven million people, an Interior Ministry spokesman said Friday.
The effort is one of the most ambitious security projects this year, with cars expected to be funneled through 28 checkpoints along the main arteries snaking out from the capital. Smaller roads would be closed. The trenches would run across farmland or other open areas to prevent cars from evading checkpoints, said the ministry spokesman, Brig. Gen. Abdul Karim Khalaf.
"We're going to build a trench around Baghdad so we can control the exits and entrances so people will be searched properly," he said in a telephone interview. "The idea is to get the cars to go through the 28 checkpoints that we set up."


Ten years later and it's time to trot out the same old thing and pretend it's a new idea.

The interior ministry’s spokesman, police Brigadier General Saad Maan, told the Associated Press that work began this week on a 100km (65-mile) stretch of the wall and trench on the northern and northwestern approaches of the capital.
The wall will be three metres (10 feet) high and partially made up of concrete barriers already in use across much of the capital, he said. He declined to specify the measurements of the trench.

The barrier will also have a two-metre deep trench running alongside it, Al-Sumariyah news website reported. Surveillance cameras, explosives detection devices and towers will also be installed.
Many parts of the capital are surrounded by concrete barriers. Some of these walls will be taken out of the city's streets and re-installed as part of the new barrier, Mr al-Shammari said.
The Interior Ministry spokesman, Brig. Gen. Saad Maan, said work began this week on a 65-mile stretch of the wall and trench around the capital, the Associated Press reported. The wall will be 10-feet high and partially made up of concrete barriers, he said."


Let's drop back to yesterday's snapshot for a moment:


In the age of Barack, we're all supposed to politely bite our tongues.
Barack's also a War Criminal.
At his most laughable, Gregory types, "The first step would entail convincing key regional players to pursue the requisite policies to achieve the designated goal. The Iraqi government would be an enthusiastic partner but would need to demonstrate its inclusiveness and ability to unite the country’s diverse ethnicities and religious sects."
I guess that's one way to put it.
Not accurate but who needs accuracy when, like Gregory, you're arguing for more war.

In addition to the abuses against non-Sunni minorities in Mosul by Islamic State, the Sunni residents who make up the city told local reporters and human rights organizations in 2014 that Iraqi security forces executed prisoners before withdrawing. Human Rights Watch relayed stories of more than a dozen men executed after being removed from the Counterterrorism and Organized Crime prison.
This sense of persecution at the hands of Nuri al-Maliki’s Shia-led government prompted many to support ISIS when it arrived.

And the abuses continue under Prime Minister Haider al-Abadi's rule.

Members of Shia militias, who the Iraqi government has included among its state forces, abducted and killed scores of Sunni residents in a central Iraq town and demolished Sunni homes, stores, and mosques following January 11, 2016 bombings claimed by the extremist group Islamic State, also known as ISIS. None of those responsible have been brought to justice.
Two consecutive bombings at a café in the town of Muqdadiya, in Diyala province, some 130 kilometers north of Baghdad, on January 11, killed at least 26 people, many of them Sunnis, according to a teacher who lives near the café. ISIS claimed the attacks, saying it had targeted local Shia militias, collectively known as Popular Mobilization Forces, which are formally under the command of the prime minister. Members of two of the dominant militias in Muqdadiya, the Badr Brigades and the League of Righteous forces, responded by attacking Sunnis as well as their homes and mosques, killing at least a dozen people and perhaps many more, according to local residents.

“Again civilians are paying the price for Iraq’s failure to rein in the out-of-control militias,” said Joe Stork, deputy Middle East director at Human Rights Watch. “Countries that support Iraqi security forces and the Popular Mobilization Forces should insist that Baghdad bring an end to this deadly abuse.”

Can you grasp that?
If you can, grasp this:  It is illegal for the US government to support a regime or government that attacks its own people.  It is against domestic US law and it is against international law.
Barack's a War Criminal.
Maybe because he wants to be, maybe because he's lazy (and would rather just continue the same instead of transform it into something different), who knows why he is how he is?
But a War Crime is taking place and he is the War Criminal.


Concerned Reader e-mails, "There is no such law.  Even if there were, you are holding President Obama to a higher standard than you would any other leader.  No White House would ever threaten Iraq with losing funding or support because their government forces were attacking the people.  No one."


Refer to the front page of the September 30, 2006 NEW YORK TIMES which featured Richard A. Oppel Jr.'s "U.S. May Cut Aid to Iraqi Police Cited in Abuses" which explained:


American officials have warned Iraqi leaders that they might have to curtail aid to the Interior Ministry police because of a United States law that prohibits the financing of foreign security forces that commit "gross violations of human rights" and are not brought to justice.


So I'm expecting too much from Barack when I expect him to follow the law?


And I'm also expecting too much from Barack when I expect him to at least do the bare minimum on human rights that Bully Boy Bush did?


Barack said in 2014 that his Iraq 'mission' or 'plan' would not put US boots on the ground.

But the Pentagon on Wednesday quietly increased that official accounting to 3,850 troops. Then, Baghdad-based military spokesman Col. Steve Warren said it was “fair to say” there are hundreds more troops than even that number.

And more planned to be sent in.

But apparently for some -- like Concerned Reader -- holding Barack to his word is unfair.

Masrour Barzani Verified account ‏@masrour_barzani Feb 1
For 100 years they've tried to make this country [#Iraq] work. It doesn't work b/c it is built on the wrong foundations via @HBO #VICEonHBO.
98 retweets 137 likes

REUTERS reports, "Iraq's autonomous Kurdistan region should hold a non-binding referendum on independence, its president said on Tuesday, despite the numerous crises it is facing.  Massoud Barzani has previously called for a referendum but set no timetable for a proposed vote."


Margaret Griffis (ANTIWAR.COM) 'covered' the issue of the KRG:


Kurdish President Massoud Barzani has called for a non-binding referendum on Kurdish independence. Kurdistan’s finances, however, are so poor that Peshmerga fighters are abandoning the fight against the Islamic State over unpaid wages.


If Griffis is your primary or sole knowledge, you're probably highly uninformed.


Why are they not being paid?

The federal government out of Baghdad is still not dividing up the revenues.


RUDAW reports of the meet-up:


A high-level meeting between the Kurdish Prime Minister and his Iraqi counterpart in Baghdad on Sunday ended with an agreement to form a joint committee to continue talks between both sides to seek a solution for their budgetary dispute.
A Kurdish delegation led by PM Nechirvan Barzani met Iraqi premier Haider Abadi in Baghdad to discuss the unpaid Peshmerga funds as part of Iraq’s defense system as well as Kurdistan’s share of the fedral health budget.

This is not a new development.

It's been going on for years now.

It's why, a few weeks ago, the KRG sent representatives to DC to see about financial assistance.

It's also why Brett McGurk met with them on Monday in Baghdad -- and why they were in Baghdad to begin with.

The State Dept's doing its best to play dumb on the McGurk visit but that was the primary focus of the conversations the KRG reps had with McGurk -- what is the status on the financial aid request, what can the US do to help get Iraqi funds from Baghdad flowing, etc.

On McGurk's end, he was seeking more commitment on the battle against the Islamic State and more options for US troops to be stationed in the KRG.

Fact that no one wants to explore: 3,700 US troops are in Iraq (not counting special ops) and there are a lot more in the region -- especially in Kuwait.

The hope on the part of the White House is to take some of the thousands in the region and move them into the KRG, to use the KRG as a staging area.

Turning to US politics, Hillary Clinton who voted for war on Iraq 'won' Iowa's caucus.  Former US House Rep and 2008 Green Party presidential candidate Cynthia McKinney Tweeted on the outcome:


In the meantime, Hillary goes up against Senator Bernie Sanders again in New Hampshire which will be the first actual primary in the Democratic Party's race to select a presidential nominee.  Sanders' campaign notes:

Bernie Sanders ‏@BernieSanders 4h4 hours ago
A family making $50,000 would save $5,807 a year under my Medicare-for-all plan. #DemTownHall 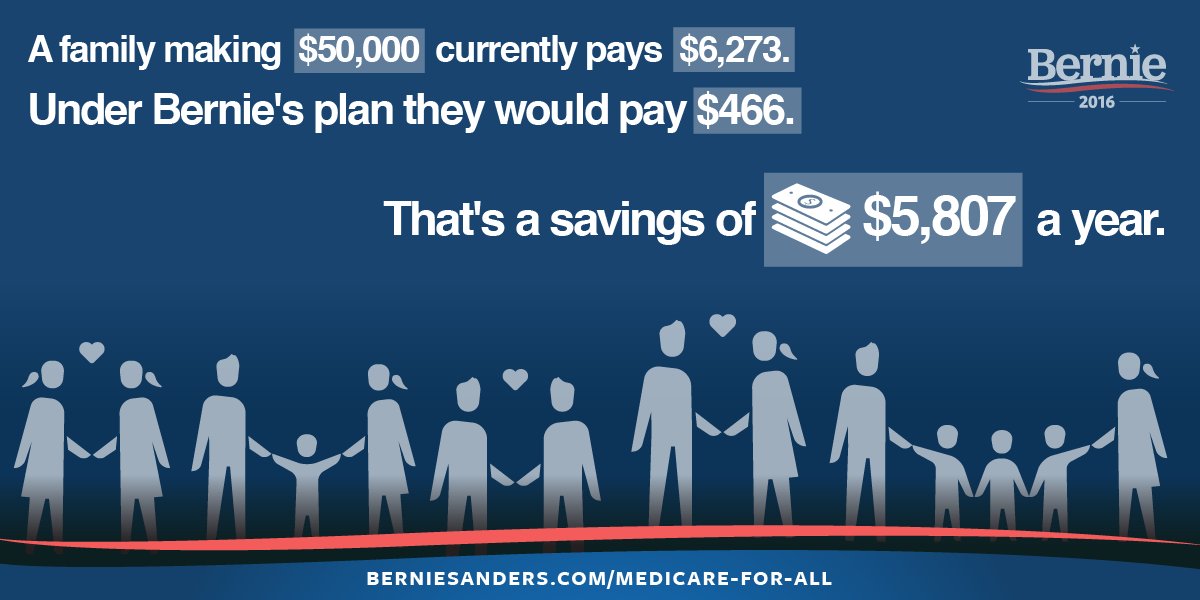