Carly Simon's BOYS IN THE TREES is now out in soft cover.

PopMatters ‏@PopMatters  Nov 21
Tales From the Trees: An #Interview With Carly Simon (@CarlySimonHQ) by @CJWikaneNYC. http://popm.at/2fKHkUF
Carly Simon and MusicREDEF 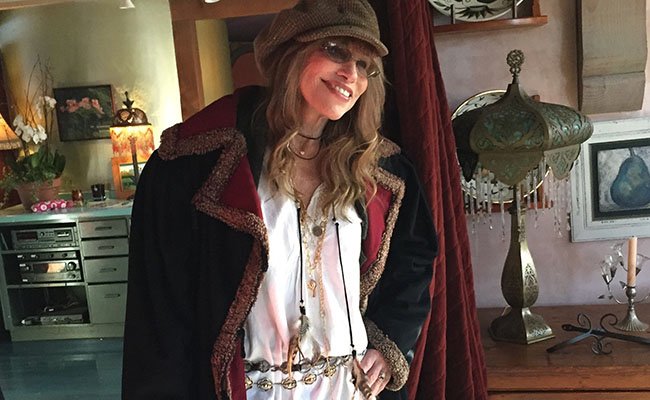 Ava and C.I. reviewed the hardcover edition last year with "Carly Swings Tree To Tree (Ava and C.I.)" and I did "Kat's Korner: Carly's Songs From The Trees" which is a companion album collecting Carly's songs from that time period.

I actually missed it but heard Vanessa Williams and Chaka Khan rocked it.

But I tend to like the Patti songs that aren't big hits.

Like on WINNER IN YOU, the huge hit is her duet with Michael McDonald "On My Own."  And I love that song.

But for me it's the title track (written by Ashford & Simpson) that really makes it for me.

And on BE YOURSELF, Patti owns "If You Asked Me To" -- it's wonderful.

But for me, "Yo Mister" is amazing (Prince wrote the song).

I'm like in an alternate universe when it comes to Patti, I guess.

Americana Music ‏@AmericanaFest  Dec 3
#NowPlaying this #classic from 1993, Maria McKee's 'You gotta sin to get saved". If you're not familiar, get on it! Better late than never! 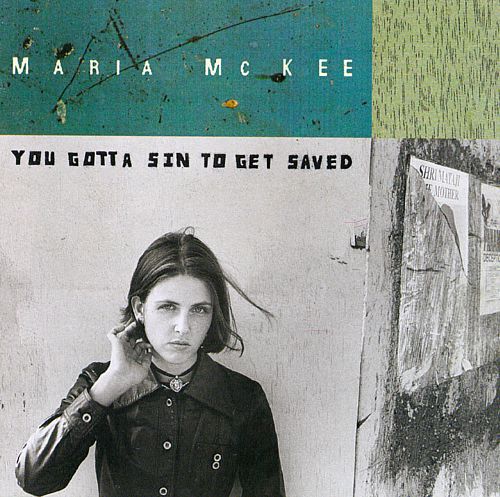 
I love that song but I love the entire album.

I love how she sings "My Girlhood Among The Outlaws." To me that's one of the all time great vocals.

By the way, the late Dennis Hopper (yes, the actor) took the cover photo for the album (the cover above).

That's quite a trinity.

And I am a huge fan of Tina Turner's.

In an interview with a local Iraqi TV station, Qais Al-Khazali, leader of the Shiite Asa’ib Ahl al-Haq militia, made the inflammatory statement against the Kurdish region saying, “After ISIS, Kurds are the greatest problem, especially Mr. Masoud Barzani. And solving the problems or peace with them is impossible.”

Khazali noted that “it is very unlikely that a decisive peaceful project with the Kurds will happen.”

The sects never die when someone's always pimping a grudge to trash 'the other.'


There is no peace in Iraq because the government doesn't represent all and because it persecutes pretty much everyone who's not an official or a militia member.


US President Barack Obama has been daily bombing Iraq for over two years now.

And he's seriously surprised that these bombings didn't result in peace?

It was Barack himself who stated on June 19, 2014 that the only answer to all of Iraq's crises was a political solution.


So whatever happens in Mosul doesn't really matter in four or five months.

The Islamic State took hold in Iraq because the government persecuted the people.

This has not been addressed.

And the people who already felt persecuted are only going to grow more angry as the 'austerity' measures of the 2017 budget go into effect.


With those measures in mind, it might be good to recall what the INTERNATIONAL CRISIS GROUP said in "Fight or Flight: The Desperate Plight of Iraq's 'Generation 2000':"

The leadership’s inability to forge a future for “Generation 2000”, which grew up after Saddam Hussein’s fall, has turned it into easy quarry for predators, be they IS, Shiite militias or populists preaching Iraqi nationalism. The potential for mobilising large numbers of young men at loose ends as pawns in violent conflicts has enabled both IS and Shiite militias to gain recruits. In the process, it has compounded sectarian polarisation and widened the divide between street and elites. Fed by fresh pools of fighting-age men, local tensions and conflicts proliferate and escalate, destabilising the country and the surrounding region. The most powerful Shiite militias receive training and advice from the Iranian Revolutionary Guards, have an ideological orientation consistent with Tehran’s and can be deployed as proxies outside Iraq as well.
The familiar expression “youth radicalisation” distorts the reality that an entire generation is adrift, in need of a dramatically new state-led approach. Young Iraqis whose formative years were in the post-2003 turmoil have much more in common than they suspect, whatever side of local conflicts they are on, but they have been increasingly socialised within communal confines and left to the mercy of radical groups that promote dehumanised, even demonised perceptions of one another.
Before violence engulfed Iraq again, with the rise of IS, youth had attempted to peacefully hold the political class accountable for years of dismal governance. Sunni Arabs staged sit-ins in several towns in 2013, questioning national leaders, including senior Sunnis. They met with repression, leaving scores dead, many more in prison. These events paved the way for IS, which seized Falluja, the Sunni town nearest Baghdad, Mosul and other majority-Sunni towns in June 2014.
The collapse of the Iraqi army triggered a Shiite call to arms. Militia commanders quickly tapped into youthful disappointment with the Shiite political establishment, turning it into sectarian mobilisation against IS. By summer 2015, IS’s battlefield fortunes had turned, even as it continued to control territory and population. The absence of services, especially electricity shortages in the searing summer, stimulated a popular movement in Baghdad and other majority-Shiite areas reflecting a general sense of frustration with the political establishment.
Youths flocking to either side of the sectarian divide faulted ruling elites on the same grounds but ended up fighting each other. The political class’ response has been to protect its interests by divide and rule, redirecting anger into fratricidal tensions. Iraq’s external supporters compound the problem by boxing a rudderless generation into distinct categories – fighters, protesters or emigrants – and taking a different approach with each: a military campaign to defeat IS, pressure on the government to institute reforms to undercut demands and an effort to strengthen border controls to keep out migrants. Putting the emphasis on fighting IS, in particular, translates into tolerance of the Shiite militias, whose rise has contributed to sectarian polarisation and empowered a militia culture that compels young professionals to emigrate while boosting commanders’ political ambitions.


Iraq's immediate future does not look pretty.  Nothing's been done to address the issues and now a people already suffering will suffer more -- while wondering, with all the oil Iraq produces, why is the government unable to provide for them.

Aaron Hess (International Socialist Review) observed in 2008, "he Kurds are the world's largest stateless population -- whose main population concentration straddles Turkey, Iraq, Iran, and Syria -- and have been the victims of imperialist wars and manipulation since the colonial period."  A homeland in northern Iraq has long been desired and it is possible since the KRG is already semi-autonomous. 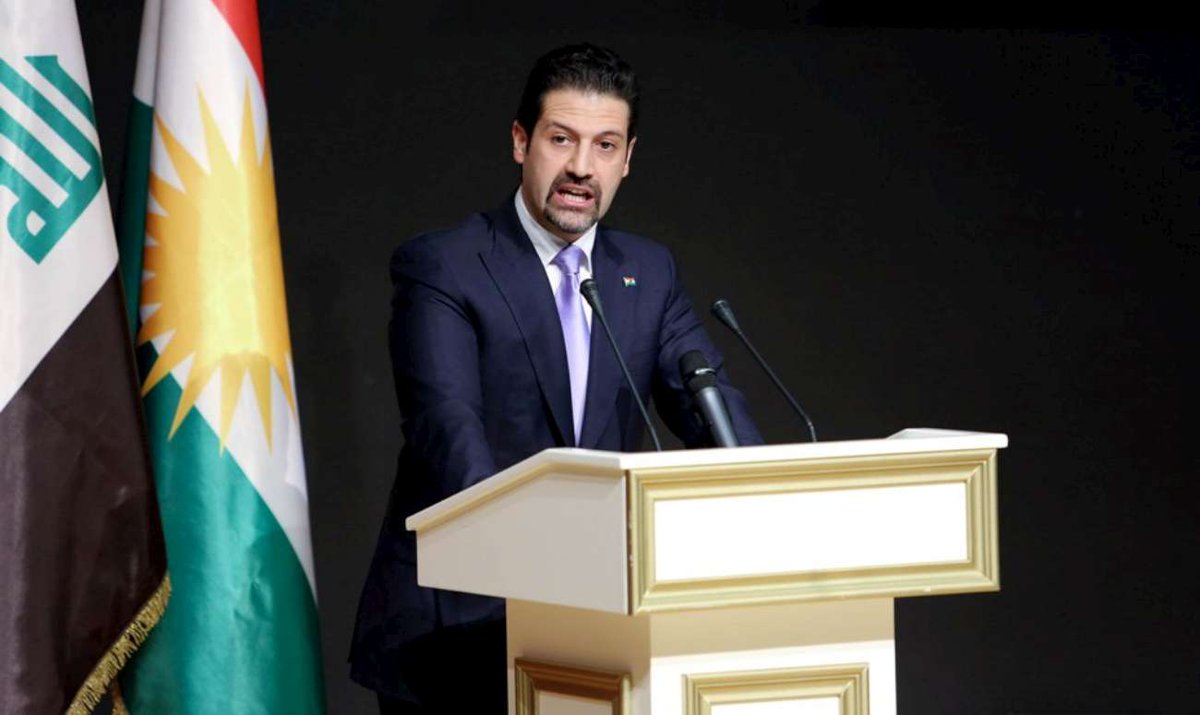 
And he's right, it will.  That is the flow of history.

Back in 2011, the RAND Corporation's report entitled "Managing Arab-Kurd Tensions in Northern Iraq After the Withdrawal of U.S. Troops" noted US Gen Ray Odierno stating that the Arab and Kurdish tensions were "the greatest single driver of instability in Iraq."


Kurds want independence.   It will come.


Will liberation ever come to Mosul?

Who knows but the operation continues 58 days later and, yes, it is a slog.

I missed Mohammed Tawfeeq's recent reporting on Mosul so let's note it now. 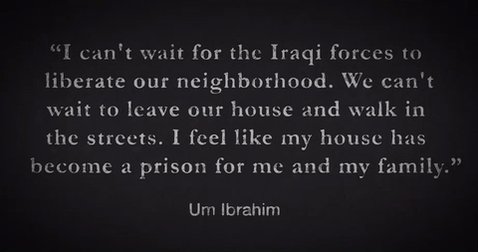 Samantha Power was for the Iraq War.  We've pointed that out numerous times here -- especially in 2008 -- and she's a War Hawk.  She's a danger.  Good for MEDIA LENS for digging up video of the lunatic.

San ‏@sansdn  23h23 hours ago
We've brutalised and tortured an entire generation of children. Millions of them have known nothing but war. And yet you sigh over Obama?
1 reply11 retweets53 likes


San ‏@sansdn  23h23 hours ago
Chelsea Manning is rotting away in solitary & Obama has the power to pardon her & he hasn't. You all need to quit the sentimental claptrap.
0 replies14 retweets45 likes


The following community sites -- plus Jody Watley and BLACK AGENDA REPORT -- have updated: