There's only one Diana Ross.

She sang on more number one pop hits than any other artist in the 20th century.

And she's getting ready for Vegas.

I'm swiping the following about Vegas from C.I.:

Cher's not the only legend who'll be doing shows in Vegas next month.

The legend, icon and trailblazer icon Diana Ross will be doing a series of shows as well.

15 days until I begin performing @VenetianVegas It's a joy to sing for you...so much fun ! See you there! venetian.com/entertainment/… 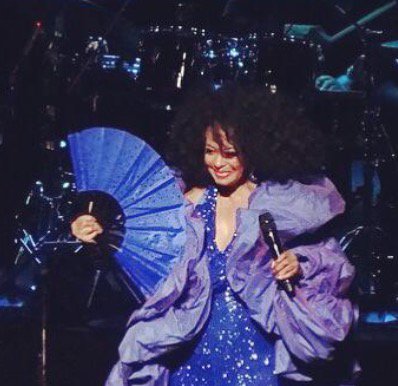 The Venetian Theatre proudly presents a new nine-show engagement featuring the original diva, Diana Ross. The Essential Diana Ross: Some Memories Never Fade will feature a special set of hits from the iconic star’s career, spanning over five decades.
One dollar from every ticket sold will be donated to the Diana Ross Charitable Foundation.
Tickets can be purchased at any Venetian or Palazzo Box office or by calling 702.414.9000 or 866.641.7469.


I think it's going to be exciting, Diana in Vegas.

Tuesday, January 31, 2017.  The daily outrage is necessary to fill so many empty lives, as we shall see below.

And let's call a group The Debra Messings because that instantly conveys insanity.

So you move into a neighborhood.  You paint your house, you move all your belongings in.

Then The Debra Messings see your things.

Well, they tell themselves, you seem okay there but you'd be much better there with a few changes.

So they break into your home and put things the way they'd have them.

And in the process, they destroy your home.

Although it's crumbling now and falling apart, suddenly they notice someone has moved in next to you and they're off to 'renovate' that home as well.

We never dealt with the Iraq War.

It was a war based on lies and none of the liars faced charges -- let alone a Congressional investigation.

After the November 2008 election, we allowed the US media to 'retreat' or 'surrender.'

They began decamping from Iraq.

And the American people were okay with that.

Denial was the hallmark of Barack Obama's two terms as president.


And for all the talk on the left (my side) about accountability, there was none.

Not just no accountability for the leaders who were misleaders by voting for the illegal war or lying about it or any host of crimes.

But there was no accountability for what we, as a country, did to Iraq.

Every now and then Iraq Veterans Against the War would offer the crackpot idea that we should give money to the Iraqi government.


That passed for 'paying attention' to Iraq.

And busybodies, The Debra Messings, can't feel good about themselves.

They're useless and their lives are meaningless.

Which is how you get the non-stop cry for war on Syria.

It's as though a new project will keep them busy.

In Iraq, the US fights the Islamic State and al Qaeda and in Syria?

But no one's supposed to be logical.

When this two-faced position leads to charges from the Arab world that we're funding and/or creating the terrorist menace, we tend to recoil with a how-dare-they look.

But what else should they assume?


We destroyed Iraq and then ignored it.

While still feeling we were the ones to save Syria.

President Donald Trump has put immigration on hold for seven countries while the regulations are re-examined.  Two of the countries are Syria and Iraq.

And this has resulted in a lot of crazy being let loose.

The Daily SignalVerified account ‏@DailySignal  16h16 hours ago
Interviewer: In 2011 President Obama banned people from Iraq—did that not concern you? Protester: No because I loved President Obama.

Well how sweet for you.

The Cult of St. Barack drank the Kool-Aid but Jim Jones didn't dose it so they're still with us.

Tulsi Gabbard ‏@TulsiGabbard  Jan 26
We should not ban refugees from our country. But we must address the root cause that is making people flee their homes— regime-change wars.
245 replies1,871 retweets3,138 likes


Tulsi Gabbard ‏@TulsiGabbard  Jan 26
The people fleeing don’t want to live in a refugee camp - they would rather be in their homes, in their own country.
53 replies708 retweets1,462 likes

Tulsi Gabbard ‏@TulsiGabbard  Jan 26
This is why we must end the counterproductive regime-change war in Syria that is causing tremendous suffering & death.
119 replies583 retweets1,340 likes

And we'll note this:

Veterans For Peace, a 140 chapter global organization that works to educate the causes and enormous costs and consequences of wars, this week endorsed the bipartisan Stop Arming Terrorists Act (U.S. House Resolution 608) that was recently introduced by U.S. Rep. Tulsi Gabbard (HI-2).
If passed in Congress and signed by President Donald Trump, the act would making it illegal for federal government funds to be used to provide certain types of assistance to groups identified as terrorists or those identified as working with terrorists, including other nations. The act defines assistance as weapons, munitions, weapons platforms, intelligence, logistics, training and cash.

“As veterans we took an oath to preserve and defend the Constitution of the United States,” said Barry Ladendorf, president of Veterans For Peace. “The threat to the Constitution comes not from Russia, China or ISIL but from within the walls of Washington D.C. where the Congress and the Executive branch have enmeshed the country in ongoing unnecessary, illegal and unconstitutional wars.”
Gabbard, who is a major in the Hawai‘i Army National Guard, also served in Iraq as a military police officer. She currently serves on the Armed Services and Foreign Affairs committees in Congress.

“Those who have seen and experienced war firsthand share a unique appreciation for the need for peace,” Gabbard said. “From Iraq to Libya and now in Syria, the U.S. has and continues to wage wars of regime change, each resulting in unimaginable suffering, devastating loss of life, and the strengthening of terrorist groups like al-Qaeda and ISIS. I am grateful to have the support of Veterans for Peace for the Stop Arming Terrorists Act, and for their work to prevent the United States from continuing to pursue counterproductive, interventionist wars.”

Maybe we could see some rallies for it?

As for what's going on right now, I wonder what people thought immigration was before this month?

They apparently have never heard the horror stories of the hoops that must be jumped through over and over just to go through the process as it already existed.


Donald is now president.  He has paused immigration from seven countries for a review period of the existing guidelines.

But it's being treated as though immigration is no more.

People need to calm the hell down.

The New York TimesVerified account ‏@nytimes  7h7 hours ago
“Now our family in the U.S. can’t even come to visit us, nor can we visit them"
120 replies261 retweets383 likes

90 days is the review period.

I think you can go 90 days without seeing family that are oceans apart.

I believe many Americans have had to go much longer.

If it bothers you that much, you can always go back to Iraq permanently.

And maybe you should do so if a temporary pause is going to cause you so much grief.

It is not as though you're in West Berlin and you're relatives have been relegated to East Berlin before the fall of the wall.


It is so very good to know that the Iraqi Parliament can still pass something.

Took them forever to pass yearly budgets, for example, but it's good to know that they can come together -- in the face of a common enemy -- and do something.

America, of course, being the common enemy.

Even though it's the only thing that's kept the puppet governments in place in Iraq for the last years.


Bethan McKernan (INDEPENDENT) warns that this ban means that Lukman Faily is banned.

Without him Tweeting insults at Sunnis from the Iraqi embassy in DC, who will fill the void?

Faily's actions -- not just his Tweets -- went against the Iraqi Constitution repeatedly.

However, we're the only ones who covered Faily regularly.

Now THE INDEPENDENT is interested in what he says.

In other obsessions passed off as news . . .


But Donald Trump can't seize it.

A point no one seems to get.

It's already been taken by the corporations that want it and Iraq will be held in check (enslaved) forever thanks to the deals with the IMF and the World Bank.