Let me do my BFF Kevin Zeese a solid:

In our community, Trina's been covering this most recently with:


We need Medicare For All.

We don't need a new program or any new laws except for one new law that makes Medicare available to all ages. 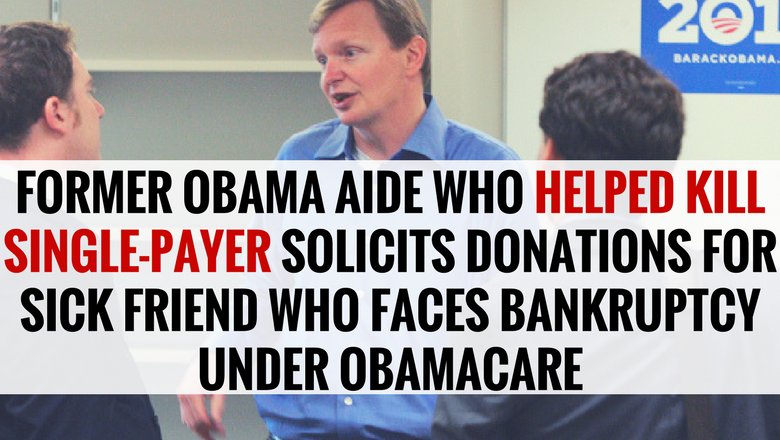 The Cult of Hillary is disgusting.

They're rather whine over their sexual crush then stand up and demand what the people need: Medicare For All.


Amnesty International issued a report Tuesday charging the US-led coalition besieging Mosul, Iraq’s second-largest city, with war crimes involving the “disproportionate and indiscriminate” bombing of residential areas that has slaughtered hundreds of civilian men, women and children.
The report by the human rights group, which chronicles bloody incidents that took place in eastern Mosul during the end of 2016 and the beginning of this year, has been released amid mounting evidence that the Pentagon carried out one of its worst atrocities in decades in the March 17 bombing of the Jadida neighborhood in the densely populated western sector of the city.

While earlier reports spoke of some 160 dead being pulled from the rubble left by the US airstrikes in Mosul’s Jadida district, on Monday the Iraqi Civil Defense Department released a report saying that 531 bodies have been recovered thus far.


The Iraq War is illegal and ongoing, we need to end it.


President Donald Trump offered rare public remarks about Iraq Tuesday, declaring to a group of Senators gathered at the White House that the US is performing "very well" in the country, which remains besieged by violence.
"We're doing very well in Iraq," Trump said at a reception for all US senators and their spouses in the White House East Room, adding he'd just ended a long phone call with Defense Secretary James Mattis before appearing at the event.
Trump added that "our soldiers are fighting like never before" in Iraq, and praised what he characterized as a positive trajectory in the country.
It wasn't clear what fighting Trump was referring to in his remarks, which appeared unscripted. The US combat mission in Iraq ended in 2010 and American troops are now in the country primarily to advise and assist Iraqi forces.


It wasn't clear what fighting?  Combat mission ended in 2010?  Primarily advise and assist?

The US is in combat in Iraq.


By any definition that's reality.

I'm getting damn tired of your all bulls**t and lies because you hate Donald Trump.

It was combat before that for the special-ops left behind after the December 2011 drawdown, it remained combat when Barack sent another brigade of special ops in the fall of 2012.

Does Liar Liptak not know what Tim Arango (NEW YORK TIMES) reported in September of 2012:

Iraq and the United States are negotiating an agreement that could result in the return of small units of American soldiers to Iraq on training missions. At the request of the Iraqi government, according to General Caslen, a unit of Army Special Operations soldiers was recently deployed to Iraq to advise on counterterrorism and help with intelligence.

All of that's before August of 2014 when then-President Barack Obama begins the daily bombings of Iraq.

Liar Liptak ignores all of Ash Carter's testimony to Congress as well as his remarks to the press.

Because he wants to take down Donald Trump.

You have no ethics.

How sad that I'm the one -- someone who loathes Donald Trump -- who is trying to be fair while the professional press thinks they can write any damn lie they want.

The press is a threat to democracy at this point.

These daily attempts to take down an elected president are outrageous.

If the press doesn't understand why they are not respected anymore, that's their own damn fault.

Opinions belong in opinion pieces.  Kevin Liptak is supposed to be offering straight news but CNN's allowing him to interject little jibes and insults.

Cher is not a threat to democracy.

I think Cher's mistaken (and we'll go into that in a second) but that statement is a part of democracy.

Meaning, Cher's not using the troops to score a political point.

Cher's long spoken up for servicemembers and veterans.

Cher's offended by what Liptak describes Trump doing in his first two paragraphs above.

She has every right to be offended.

She has every right to express that offense.

Where I disagree is that I don't find the remark outrageous.

I think we're letting our daily outrage cloud our opinions and letting our emotions run wild.

I think the press has helped fuel an addiction to daily rage.

Print the bad news, report it.

Kevin Liptak is supposed to be a reporter, not a columnist.

Columnists can say whatever the want.

In straight news, you keep that crap out of it.

Cher is genuinely offended and has every right to express it.

And she may be right to be offended.

There are others expressing similar sentiments that we won't include because they don't have Cher's history of standing up when needed.  Cher has called out Republicans, she's called out Democrats.

I know Cher and I'll give her a benefit of the doubt that she's more than earned.

But these people who suddenly care about veterans?

I have no respect at all for people who use veterans or civilian casualties (yes, I'm thinking of Mosul) as props in their partisan efforts.

And on what's happening in Mosul, I'm not remembering anyone attacking the US Army Major General Joseph Martin for declaring in February, "It’s urban combat of the like, of a scope and scale I have not see in thirty-one years and I’ve served in combat a couple of times."

And only recently has the world awakened to that fact and to what's been done and is being done to the civilians of Mosul.

See, the Islamic State seized Mosul in June of 2014.

And the Iraqi government?

They waited until October of 2016 -- over two years later -- to launch their operation which they claimed would 'liberate' the civilians.


Hasn't worked out that way.

Pope Francis said the protection of the civilian population in the “beloved Iraqi nation” is an “imperative and urgent obligation,” calling for the forces fighting in Mosul, including the United States, to protect them.
Speaking at the end of his weekly Wednesday audience, Francis also expressed “deep pain for the victims of the bloody conflict.”
The pontiff said that he was particularly concerned about the citizens trapped by recent fighting to take Mosul back from Islamic State group militants.

“My thoughts go to the civilian populations trapped in the western districts of Mosul and to the people displaced by war, to whom I feel united in suffering through prayer and spiritual closeness,” Francis said. “While expressing deep sorrow for the victims of the bloody conflict, I renew to all the appeal to engage fully with the civil protection forces, as an imperative and urgent obligation.”

This was killing civilians.  There's no way around it.

Some people are desperate for investigation by the US government that will then be immediately released -- I think that's how Human Rights Watch is wording their plea.

How stupid are they?

Forget Vietnam, let's just go to one of the biggest War Crimes of the Iraq War: the gang-rape and murder of Abeer Qassim Hamza al-Janabi.


Who was the ringleader of that?

May 7, 2009 Steven D. Green (pictured above) was convicted for his crimes in the  March 12, 2006 gang-rape and murder of Abeer Qassim Hamza al-Janabi, the murder of her parents and the murder of her five-year-old sister while Green was serving in Iraq. Green was found to have killed all four, to have participated in the gang-rape of Abeer and to have been the ringleader of the conspiracy to commit the crimes and the conspiracy to cover them up. May 21, 2009, the federal jury deadlocked on the death penalty.

Alsumaria explained, "An ex-US soldier was found guilty for raping an Iraqi girl and killing her family in 2006 while he might face death sentence.  . . . Eye witnesses have reported that Green shot dead the girl’s family in a bedroom while two other soldiers were raping her. Then, Green raped her in his turn and put a pillow on her face before shooting her. The soldiers set the body afire to cover their crime traces."

Her murderer and rapist was put in prison!!!!

The investigation blamed the crimes on Iraqi insurgents.

It was only when other Americans were killed (in retaliation) that a servicemember came forward with what he knew.  Green had already been discharged and was on his way home to the US.

The military investigation itself had already cleared Americans and pinned the blame on Iraqis.

So, no, I'm not hopeful about some wonderful investigation.

I'm also aware that numerous investigations by the military are merely stalling tactics because they know the press doesn't follow up.

This incident is under investigation -- be it a helicopter crash (they're crashes but the US military works so hard not to call them that) or a military death.

Civilians never should have been put at risk.

(And the Iraqi government certainly shouldn't have told them to stay in Mosul.)


Somewhere around 250 to 300 members of the 82nd Airborne Division will be going to Iraq.  Andrew deGrandpre (MILITARY TIMES) notes this -- and, Liar Liptak, he notes that they are "combat soldiers" -- and attempts to get a count on how many US servicemembers are already there and are in Syria:


There are 5,262 U.S. troops authorized to be in Iraq, and another 503 in Syria, officials told Military Times on Sunday. But the numbers have been considerably larger for quite some time as commanders leverage what they call temporary — or "non-enduring" — assignments like this one involving the 82nd Airborne in Mosul.

It's believed there are closer to 6,000 Americans in Iraq, not including this new deployment. Nearly 1,000 more are on the ground inside Syria, where several hundred additional personnel arrived in recent weeks to bolster allied forces targeting the city of Raqqa, which ISIS considers its capital. The Pentagon is  reportedly weighing plans to send upwards of another 1,000 troops there.


It's time to end the Iraq War but that's not going to happen unless Americans demand it.


This is what the war is doing:

Freed from #IS [. . .], but #Iraq's Qaraqosh still a ghost town @AFP story by @sarahussein, pix by @ArisMessinis goo.gl/Morxhh