I saw this and thought it worth noting.

He was a great duet partner with Roberta.  Donnie Hathaway will always be the best but Peabo certainly accomplished some magic of his own with Roberta. 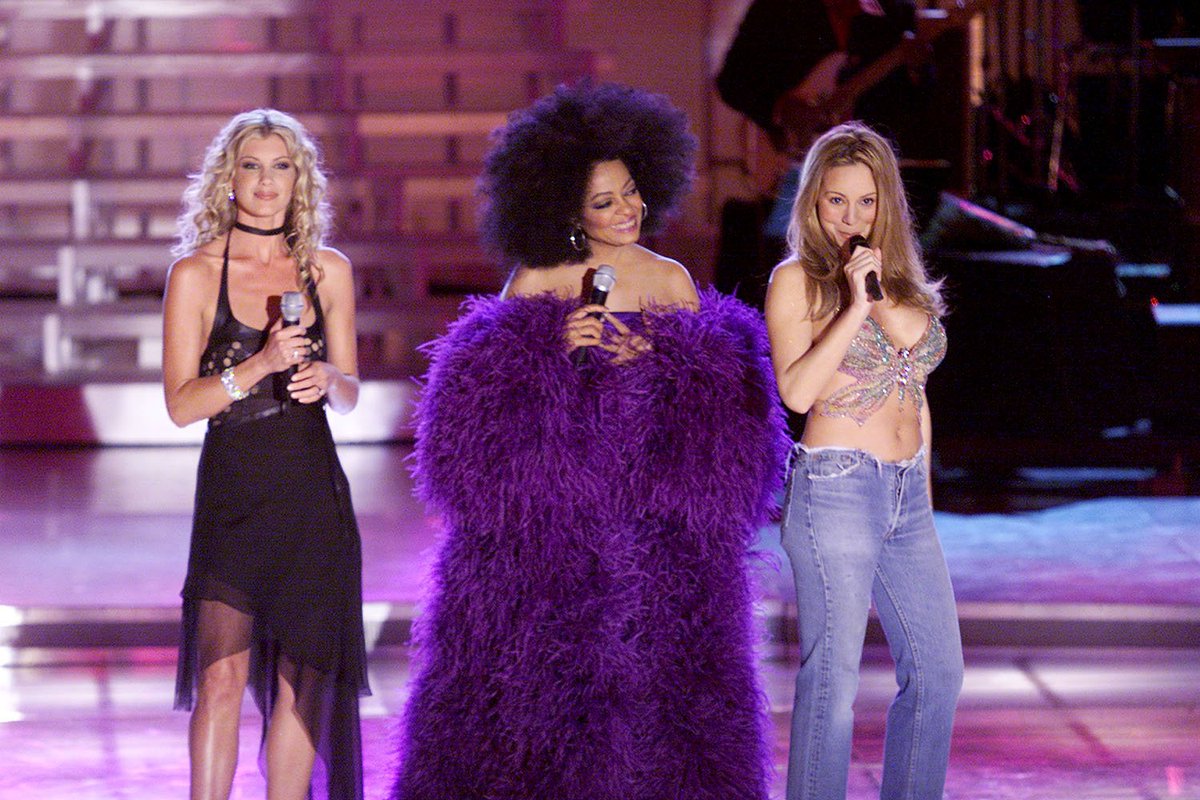 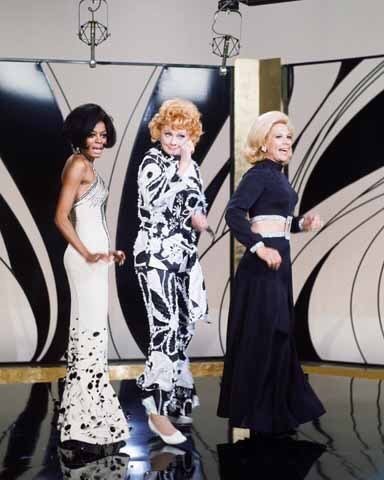 Thursday, April 13, 2017.  Chaos and violence continue, rumors of more civilians killed by US bombings surface, and much more.


If true, it might wake a few more people up the way the March 17th Mosul bombing did.


Not snap them out of stupidity, of course.

Allan Nairn's been an embarrassment for years.  He managed to put blame at Donald Trump's door while acting as if (a) Barack Obama hadn't relaxed restrictions on bombings and (b) bombing civilians was ever okay.  He did that with Goody Whore on DEMOCRACY NOW! yesterday.


But then Allan Nairn's been lying for Barack for years.  Dropping back to January 2008 for Ava and my "TV: Democracy Sometimes?:"

On January 3rd, Goodman interviewed Allan Nairn and Kelley Beaucar Vlahos allegedly about the advisers working for the presidential candidates. Beaucar Vlahos is a conservative so we'll mainly focus on the embarrassment that was Nairn. But note, Goodman wants to start with Hillary and brings in both guests for that. Then Goodman decides it's time for Obama and she shuts Beaucar Vlahos out of the discussion. She'll move on to John Edwards (tossed to Nairn) and wait until both candidates have been discussed at length before she'll ask Beaucar Vlahos "would you like to add to any of the advisers Allan just talked about? And then we'll move on to the Republicans." After Beaucar Vlahos notes that they are all the same and the immense money that they all have, Goodman will put forth the lie that Obama gets huge amounts of monies from the grassroots (Goodman regularly cites The New York Times, she's aware of their article about Obama calling t-shirt, bumper stickers, and other sales "donations" to create the impression of small donors and she should also damn well be aware of the huge amounts of monies he's receiving from Big Business). She'll toss to Nairn to praise the alleged miracle of small donors and Nairn will get off this howler:

He actually doesn't need to finance his campaign, to go to the hedge funds, to go to Wall Street. But he does anyway. And he does, I think, because if he doesn't, they wouldn't trust him. They might think that he's on the wrong team, and they might start attacking him. He is someone who, in terms of the money he needs for his campaign, he could afford to come out for single-payer healthcare, for example, but he doesn't. He doesn't need money from the health insurance industry, that's wasting several percentage points of the American GDP in a way that no other industrial rich country in the world does, yet he chooses not to do that, because he doesn't want to be attacked by those corporations.

Nairn is (illogically and with no basis in reality) arguing that, yes, Obama does take big money but he only does so because, if he didn't, big money would attack him. It's a laughable 'theory' and a generous one -- one that's not extended to other candidates.

Whore Nairn earned his special mention in "2008: The Year of Living Hormonally."  As late as January 2010 (see "Prom Queen Allan Nairn is pregnant"), he was still lying for Barack, insisting that a President Sarah Palin would have done worse.  (Yes, Sarah didn't run for president but lying whores like Allen need to distract the people.)


The killing of civilians is unacceptable.
That's all that needs to be said.
But a Whore like Nairn can't even call out propaganda.
He pimps War on Syria while pretending not to.
He's trash and so is Amy Goodman.
She lied on Libya and now she's lying on Syria.
It was yesterday's program, you can search it if you need to.  I'm not linking to war propaganda from the foundation queen.
If today's talk is true of another bombing resulting in mass deaths, look to other creeps to crawl out from under their rocks and suddenly 'remember' Iraq.  But never forget that from January 2014 to May of 2016, the city of Falluja was bombed -- residential neighborhoods -- daily by the country's supposed government and the US never publicly called it out or followed the law which would have required stopping the transfer of any and all weapons and monies to a government that uses these weapons on its own civilians.
When Barack was in the White House, the Allen Nairns couldn't be bothered with concern for civilian deaths.
It's day 177 of The Mosul Slog.


The stench hits you long before you reach the morgue where the latest casualties of war between Islamic State militants and Iraqi forces are kept.
Doctor Mansour Maarouf dons a surgical mask as he approaches the morgue refrigerator and pauses before pulling open the door to an icy blast. "In the name of God," he says out of respect for the dead.
Inside, around two dozen corpses lie on the floor: some in body bags, several wrapped in blankets and a few so torn to pieces they come in sacks.

All reports out of Iraq indicate that the invasion force trying to take Western Mosul away from ISIS hasn’t advanced any meaningful amount in nearly four weeks, but US Maj. Gen. Joseph Martin today insisted that he believes the troops “continue to progress” toward the city’s “liberation.”
Martin conceded the invasion of the densely populated Old City was “very complicated” because of the large civilian presence, and that it would be hard to tell how long it would take for Iraqi forces to actually take the area, adding that some of the roads are too narrow to get military vehicles into.

And the Iraqi government has repeatedly  ordered the civilians to remain in Mosul.


It has failed to provide safe passage out of Iraq.

The Iraqi Observatory for Human Rights issued the following:


The Iraqi Observatory for Human Rights (IOHR) states that civilians trying to flee from ISIS-controlled areas, particularly during battles between the Iraqi Government and ISIS fighters, have no safe escape routes, where all corridors out of the city are subject to ISIS attacks.
According to IOHR statistics, at least 25 civilians were killed since 1 April 2017 on Abu Zeayan street in the right coast of Mosul, considered one of the ‘safe corridors’ provided by the Iraqi Government Forces.
Abu Omar Al Hayali, who was displaced to the left coast of Mosul, had used Abu Zeayan street in his escape towards the Iraqi Security Forces, with his family and several others. He said in a phone conversation with IOHR: “As soon as you try to escape the ISIS-held territory, a sniper starts to target civilians trying to flee.”
He added: “I saw a woman and a young man in his twenties both fall in front of my eyes after being hit by a sniper’s bullet. I hid with my family behind a concrete wall hoping that the sniper would not see us. After that, we were able to cross the danger zone with the help of Iraqi Security Forces.”
Safa’, a pen name for a Mosul-based journalist who is constantly at the frontlines, said in an interview with IOHR: “Both the Nineweh Private Hospital (Al Mahata Street) corridor, and the Abu Zeayan corridor, are controlled by ISIS snipers.”
IOHR stated, “While Iraqi Security Forces are making a concerted effort to help civilians flee from combat zones, they also face dangers from ISIS members who shoot at anyone trying to escape. Despite these difficulties, Security Forces continue to help dozens of civilians escape to safety on a daily basis, however, a number of civilians are killed or injured in the escape due to ISIS mortar shells, exploding devices, or sniper bullets.”
A medical source who provides emergency treatment to displaced families from the right coast of Mosul said to the IOHR: “Over 50 wounded civilians per day are being treated during their displacement. ISIS uses mortar shells, and improvised explosive devices (IEDs) to target civilians escaping from territories under its control.”
The same source added: “Children are the most vulnerable to such injuries, as families do not know which escape route is the best to take. They are all targeted by ISIS.”
Hakam Khalid, an aid activist from Mosul, said: “A child, Ali Amer, aged 10 years old, tried to escape with his family from Mosul Al Jadeeda. However, a car bomb exploded upon them as they entered a mined street. Six of his family members were killed. He survived but his left left was amputated as a result of the explosion. He is now in a hospital west of Erbil.”
An aid worker at a hospital west of Erbil (Erbil Emergency), said: “In the past few weeks, the hospital received hundreds of wounded persons, many of them lost some of their limbs or were severely injured, or killed in their escape from ISIS.”
IOHR stresses the urgent need to secure all ‘safe corridors’ opened by Iraqi Security Forces from any ISIS threats to the civilians using them to escape.

IOHR calls on the Iraqi Government to give civilian safety and protection highest priority, while preventing any further casualties. IOHR stresses on the need to have urgent response teams on standby in areas located near civilian escape routes from combat areas.


Meanwhile, the Iraqi military has posted the following video.

If you didn't notice it in all the years of the ongoing Iraq War, people are suffering.


But instead of dealing with that, a number of disgraceful assholes 'remember' Iraq because of a flub Donald Trump made.  They're not calling out the president for bombing Syria -- which they should be -- they just think they're so 'wise' and 'amusing' because they're calling out a flub.

And one of them got nailed good.

Sarah Abdallah Retweeted Chelsea Clinton
It's disturbing that your mother destroys entire countries then prances around like some feminist icon but you don't bat an eyelash about it
Sarah Abdallah added,

Chelsea ClintonVerified account @ChelseaClinton
Disturbing that Trump remembers what he ate (chocolate cake) - but not where he sent missiles (Syria, not Iraq as he says until corrected) twitter.com/kylegriffin1/s…
373 replies13,517 retweets9,880 likes


Disturbing that Chelsea Clinton can't speak out against the attack on Syria but is obsessed over what Donald Trump ate.