Well it's time for a lunch time poll.


I'd say none of the above.  Next Hillary's going to blame SOUTH PARK because she's a turd sandwich.

US Senator Rand Paul wants to end the authorization used for the wars in Iraq and Afghanistan (Barack used it for seven wars).  Senator John McCain didn't even want it debated.  Paul staged a protest yesterday and Tweeted:

Tonight, the Senate is attempting to move forward with the Defense Bill. I am seeking an amendment to end the AUMF in Afghanistan and Iraq.
236 replies1,787 retweets4,714 likes

Replying to @RandPaul
I will object to all procedural motions and amendments unless and until my amendment is made in order and we vote on these wars
37 replies455 retweets1,354 likes

Replying to @RandPaul
An attempt was made to run the clock on the bill overnight. I objected and am now sitting on the floor of the Senate to stop that
42 replies516 retweets1,653 likes

Replying to @RandPaul
Tonight I sit silently to protest the thousands of American soldiers who have died over the past decade in these wars.
132 replies1,282 retweets3,659 likes

Replying to @RandPaul
We have been there for 16 years. It is time for them to end. It is time for Congress to vote on whether or not they should end.
100 replies1,155 retweets3,122 likes

Replying to @RandPaul
The Senate is now in a quorum call, unable to act because of my protest. This is why I sit on the floor, in silent protest.
152 replies612 retweets1,966 likes

Replying to @RandPaul
I will continue this protest and these objections for as long as needed to ensure Congress do its duty, and vote on ending these wars.
83 replies681 retweets1,940 likes

Replying to @RandPaul
I sit for our soldiers young and brave. Sent to fight in distant lands in our forgotten, forever war
50 replies573 retweets1,540 likes

Replying to @RandPaul
Hypocrites, they pretend concern over our constitutional duty to declare war and then block any vote on ending any of our 7 current wars
147 replies1,769 retweets3,933 likes

Replying to @RandPaul
I sit nearly alone, but that's fine. I'll fight by myself if need be. This is too important 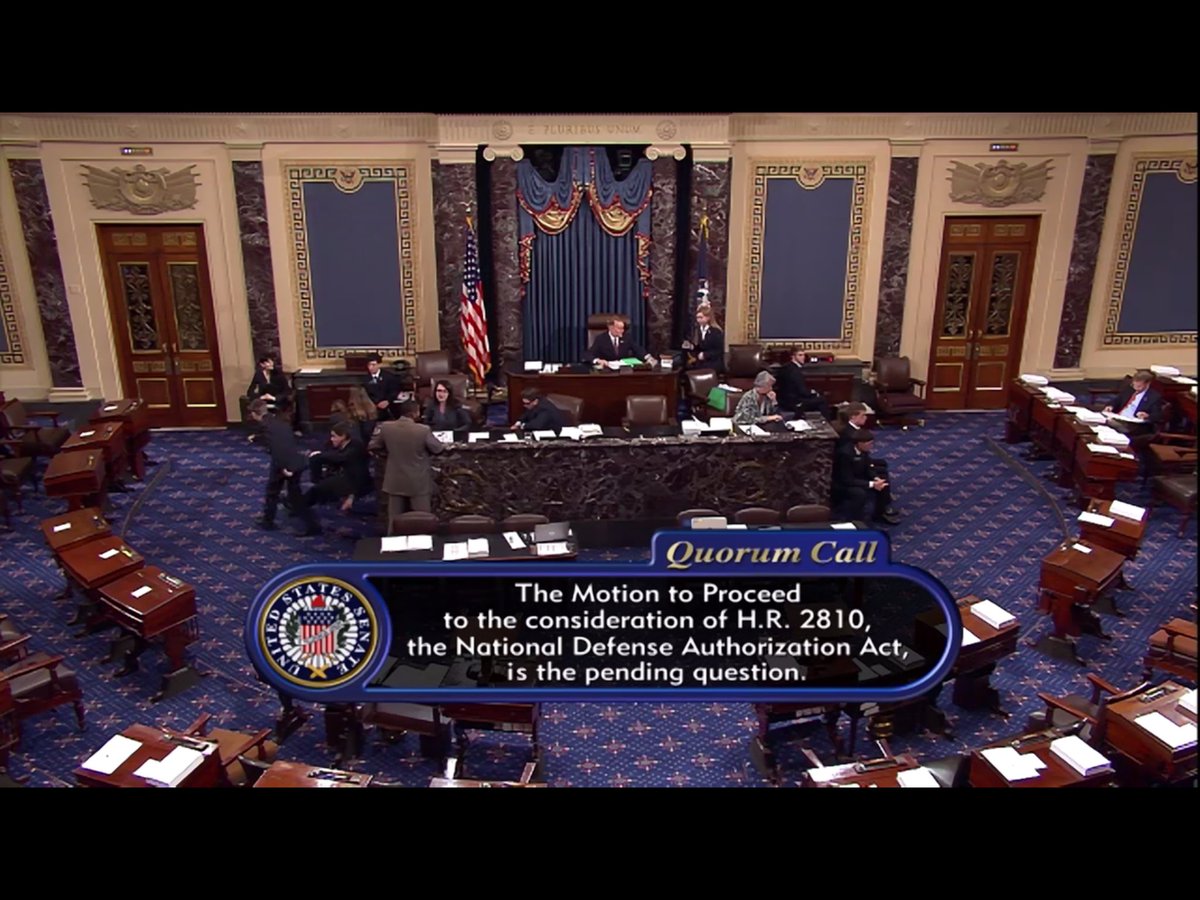 Replying to @RandPaul
Where is the anti-war left demanding the wars end? Where is the constitional conservative right demanding Congress reclaim its war powers?
489 replies2,554 retweets5,669 likes

The Senate attempted to shorten debate & move forward without consideration & debate on my amendment to end our AUMF in Afghanistan and Iraq
94 replies466 retweets1,167 likes

Replying to @RandPaul
Senate leaders have agreed not to try to end debate early, and have agreed to four hours of debate under my control to debate these wars.
75 replies501 retweets1,418 likes

Replying to @RandPaul
I will continue to fight, and if necessary, object, to continue this debate , secure a vote and force Congress to do its duty.
113 replies360 retweets1,330 likes


In a column at RARE on Monday, Paul explained:

As Congress takes up the 2018 National Defense Authorization Act (NDAA), I will insist it vote on my amendment to sunset the 2001 and 2002 Authorizations for the Use of Military Force.
Why?
Because these authorizations to use military force are inappropriately being used to justify American warfare in 7 different countries. Sunsetting both AUMFs will force a debate on whether we continue the Afghanistan war, the Libya war, the Yemen war, the Syria war, and other interventions.


Our military trains our soldiers to be focused and disciplined, yet the politicians who send them to fight have for years ignored those traits when developing our foreign policy.


In Iraq, the war continues.

The world's largest cemetery is Wadi Al-Salaam in Iraq. #NeverForget the millions of Iraqis killed that had nothing to do with #September11! 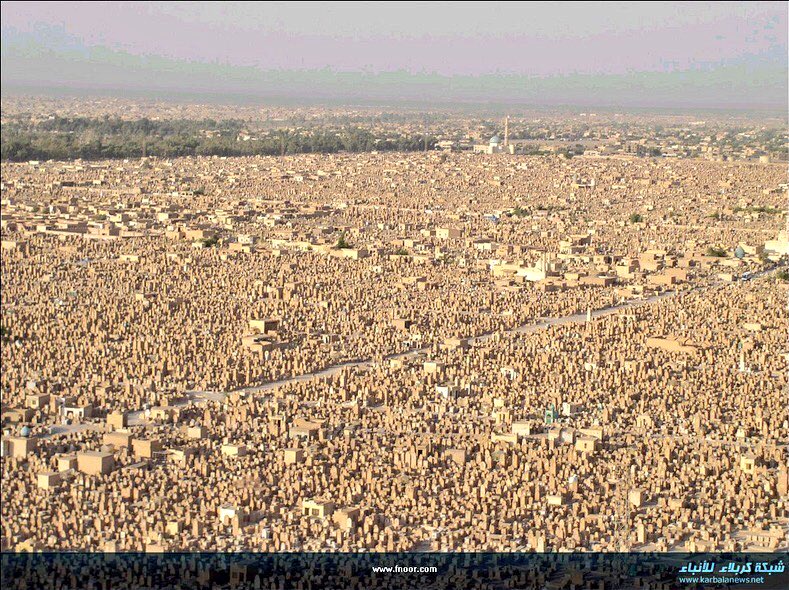 We're supposed to tremble at the thought of the Islamic State and that's supposed to stop any questions that might come up.  Stop and silence.

ISIS is not the threat to the US that al Qaeda was but it's used in the same way al Qaeda was the decade prior.

The media sells fear and we're not supposed to notice that all these years of war did not make anyone safer or that it has probably made everyone less safe.

That is the message.

Iraq’s official High Commission for Human Rights has urged the Iraqi government to sue a US-led coalition operating in the Arab country over the death of civilians in the northern city of Mosul.

Wahda al-Jumaili, a member of the parliament-affiliated commission, said US-led airstrikes had destroyed “numerous buildings in western Mosul — residential and commercial,” and that “nearly 2,000 bodies” had been recovered from under the rubble.


MIDDLE EAST MONITOR adds, "The Iraqi High Commission for Human Rights yesterday filed a lawsuit against the US-led international coalition for killing more than 2,000 civilians in the northern city of Mosul."

In other news, REUTERS reports, "The Iraqi parliament voted on Tuesday to oppose an independence referendum planned by Iraqi Kurdish leaders for later this month prompting a walkout by Kurdish lawmakers."

The Kurds are exercising their constitutional right.

And the way that works out?

Wow, that's some 'democracy' the US built/gave/imposed on Iraq.

this democratic #KurdistanReferandum is in no way meant to create any hostilities towards any components of Iraq http://www.presidency.krd/english/articledisplay.aspx?id=4CPNfZBE4Cs= …
84 replies192 retweets753 likes