"Foolin" is a weird video.

It's also my favorite song by Devendra Banhart.


You can tell a Republican's in the Oval Office -- Karen Meredith is back in the news.

Karen was a 'brave' warrior during the Bully Boy Bush administration railing about every issue under the sun.  Today, she rages against Donald Trump in a pathetic message.  The media reports it with no context.

Biggest context, our 'brave' Karen didn't say "Boo!" while Barack Obama was president.  She's a Democratic Party operative, she is not an independent voice, she is not ethical.

Vote Vets (wisely called "vote schmucks" by Rebecca) depends on non-veterans like Karen mainly because they ran off so many veterans.  Vets believed wrongly in the organization.  We got into several disagreements and arguments when the group began and then, when Barack became president, those vets who insisted I was wrong about Vote Vets saw reality and e-mailed that they had been used and lied to.

They tend to out themselves. 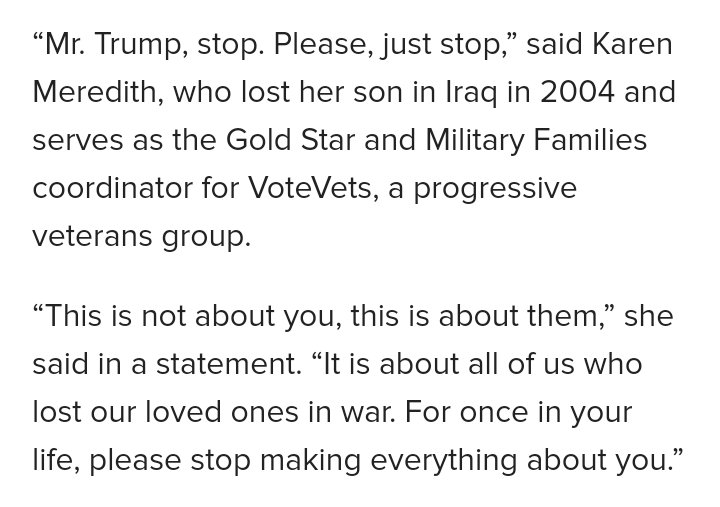 "It is about all of us who lost our loved ones in war."

Whether you agree with that statement or not (this is about a war on Iraq, Karen, not just about your feelings), it is after that sentence that she tips her hands, "For once in your life, please stop making everything about you."

She presumes to know everything about Donald Trump and she really doesn't know anything at all.

She's a fake and a fraud, using her son's death to pimp the Democratic Party.

Imagine it's 2007 and you've just returned from Iraq.  The war has not gone well in your eyes (some veterans feel that way, some don't, there's a large variety of opinions).  There's a group, Vote Vets, that are decrying Bully Boy Bush and leading you to believe that they are going to push for the end of the Iraq War.  Then Barack gets elected and they go silent.

You've helped them.  You've shared stories you aren't sure you wanted to go public with.  You've done that and given of your time because you want to help ensure that the war ends and more young Americans aren't sent to Iraq.

And now you see Vote Vets turning their back on you.

Of course, you feel used and tricked.

They abused the people who trusted them.

Cindy continued to speak out.

And she was betrayed by so many 'brave' 'leaders.'  Matthew Rothschild's moved into deserved obscurity and we should all be thankful for that.  One of the great fake asses of our time, Matthew betrayed Cindy repeatedly, betrayed veterans against the war repeatedly.

When I say that, I'm referring to specific moments and specific promises Rothschild gave (including to me) that he repeatedly did not follow up, coverage promised was not granted.  It was more important to him to present a feel-good vision of the US under Barack -- even though he knew it was a lie.  THE PROGRESSIVE today is a joke but at least it's not the dirty joke it was when Rothschild controlled everything. 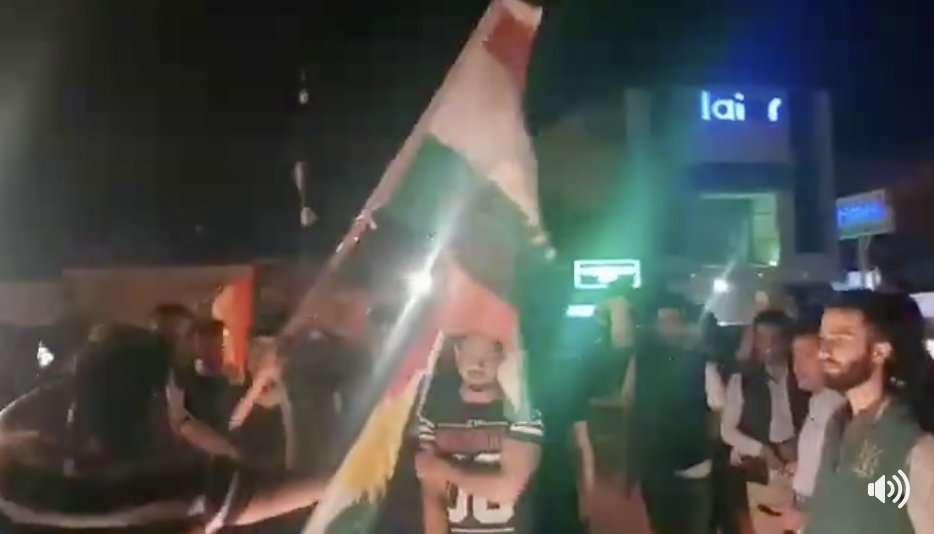 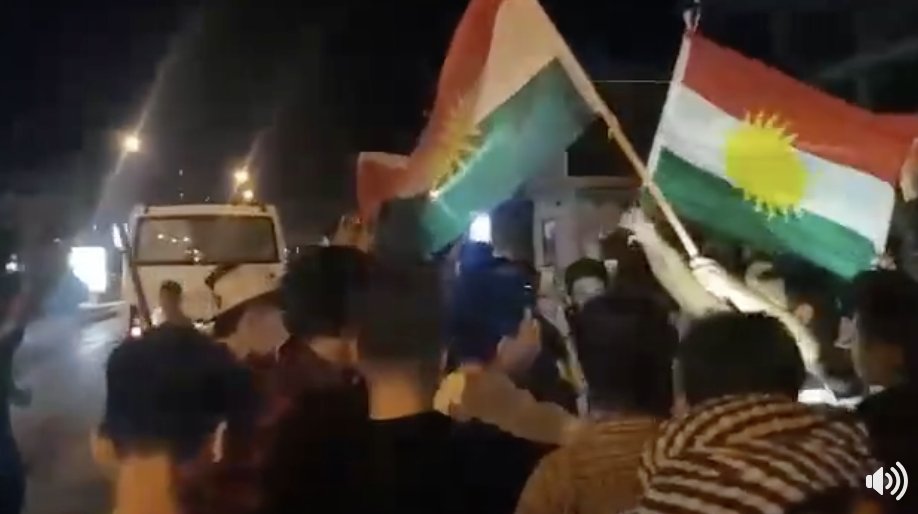 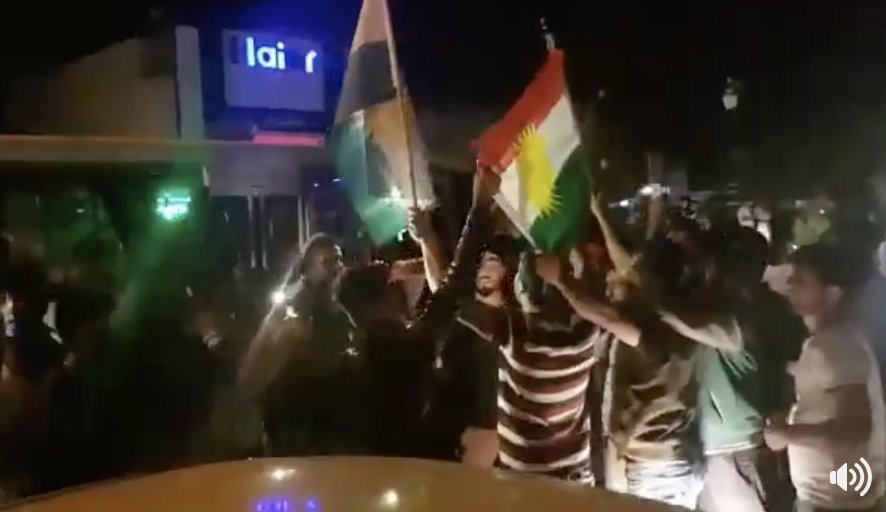 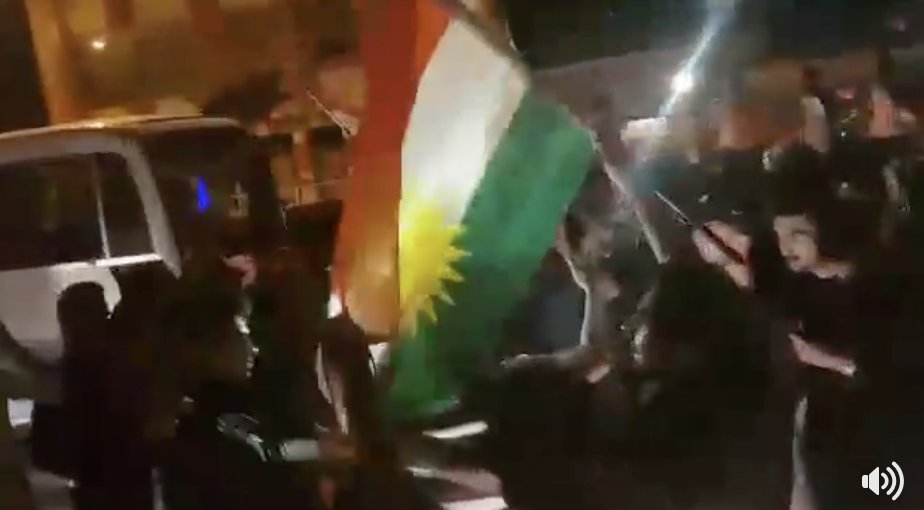 This is result of insulting Kurdish flags by Iraqi forces in #Kirkuk. Kurdish youth is throwing down Turkmen Flag from Citadel.
7 replies101 retweets140 likes

Emma Sky pens a column for THE GUARDIAN and does so with little grasp of how much a part of the problem she was and remains:

For months, we had been beseeching Baghdad to grant Kirkuk a special status. We argued that the “Kirkuk issue” could derail the national discussion on Iraq’s new constitution. There was real potential for conflict within the province that we feared could spill over into other parts of the country and encourage the involvement of external actors. Some form of special status could defer the determination of Kirkuk’s final standing for five years – to provide the time and space to resolve the issues, and strengthen local leadership.
We believed special status had the support of the local population – and would stop Kirkuk being a political football between Baghdad and the Kurds. But despite our arguments, the coalition did not grant such status.
Article 140 of the Iraqi constitution set out a process for resolving the status of those territories disputed between Baghdad and Irbil (the capital of Iraqi Kurdistan). But it was never implemented.
Over the intervening years, the Kurds exerted greater control over the province. Kirkuk became a stronghold for the Patriotic Union of Kurdistan party, which selected the governor.

When the Iraqi security forces fled in the face of Isis in 2014 it was the Kurds, with support from the US-led coalition, who fought back and pushed them out of Kirkuk.

This decision to avoid conflict -- kick the can.

How can you have a dialogue with a Baghdad-based government that has refused to follow the Iraqi Constitution?

The Iraqi Constitution states it will be implemented by that time.

It was never implemented.

He went on to lose the 2010 election but Barack Obama had the US negotiate The Erbil Agreement to give him a second term that the voters would not.  That contract called for Article 140 to be implemented.  And Nouri swore it would be in one month.

Nouri called it off.

Article 140 calls for a census in Kirkuk and a referendum to determine its fate.

Ten years after it was supposed to be implemented, per the Iraqi Constitution, it still has not been.

This is what The RAND Corporation has called out noting that this is going to be a huge problem.

Instead of addressing the problem, the plan by non-Iraqis (like  Emma Sky -- she's British) has been to repeatedly postpone reality.

One way or another, this has to be resolved.

(Emma Sky has a much better piece at THE ATLANTIC.)


On Monday, as Iraqi regular forces and Shiite militia rolled into the city of Kirkuk that lies at the center of the territories and oil fields disputed between the Kurdistan Regional Government (KRG) and the Iraqi government, the U.S. Embassy in Baghdad issued this statement: “ISIS remains the true enemy of Iraq, and we urge all parties to remain focused on finishing the liberation of their country from this menace.” The U.S. commander on the ground, Maj. Gen. Robert White, said the same thing: “We continue to advocate dialogue between Iraqi and Kurdish authorities. All parties must remain focused on the defeat of our common enemy, ISIS, in Iraq.”
Translation: We have been given no political strategy from Washington, so please, everyone, just stick to our military plan until we work one out.
[. . .]
But here we go again: We are nearing a military success against the Islamic State but have failed to define the peace that follows, because no serious attempt has been made to even define what that peace should look like in advance. This is what happens when you fixate on defeating an enemy militarily but don’t bother with political strategy.


As part of the battle over Kirkuk, attacks are being made on the outlet RUDAW.  We're noting this in full from RUDAW:


Rudaw Media Network issued a statement on Thursday regarding Iraqi institutions preventing the work of its employees in Iraq and the Kurdistan Region.

The statement comes after Iraqi officials in Kirkuk and Baghdad issued statements on Wednesday threatening to revoke its television license in Iraq.

Rudaw has worked in a professional manner and has published accurate information of the developments on the ground. Rudaw underscores that its work is constitutional and essential to the principles of freedom and democracy, the statement said.

Rudaw Media Network is based in the Kurdistan Region. Coverage of the war against ISIS and other work by its reporters has been syndicated by major world networks and agencies. It also has correspondents in Baghdad, Europe, the United States, and has covered events in other Middle Eastern countries.

Rudaw has digital, radio, newspaper, and television portals, which report the news in Kurdish, Arabic, Turkish, and English.

The full statement can be read below:

Today, the Iraqi Joint Command, and a so-called Kirkuk provincial council, issued two statements on preventing journalistic work for Rudaw Media Network, threatening Rudaw. Both of them were contrary to the Iraqi constitution and freedom of press. Whatever has been said in these two statements about spreading fear and encouraging people to flee from Kirkuk and the area is completely false.

Rudaw Media Network has done its work, covering what was happening in a professional manner. Moreover, whatever published by Rudaw was accurate information, documents and videos. Publishing news of arresting people without an arrest warrant, taking the injured out from hospitals and killing them, burning peoples’ homes, the exodus of thousands of people because of the situation, insulting the Kurdish sanctities in the cities of Kirkuk and Khurmatu, would certainly not be what the authority doing these things want people to hear or see. But this is the job of professional and free media and the laws give this right to the media and it is the duty of the media to do this from a professional perspective.
What is more surprising is to see Kirkuk’s provincial council reacting to a video published by Rudaw, saying that the photograph of the founder of the Islamic revolution Ayatollah Khomeini and the photograph of the leader of the Islamic revolution of Iran Ayatullah Khamenei have not been put up in the building of the governorate, while the council has been silent on all these violations and tens of constitutional and legal violations since October 16, 2017.
We declare to the Joint Command and provincial council of Kirkuk, if you protect the security and freedoms of people in practice and are meticulously monitoring the work of Rudaw Media Network, why have you been silent in the face of threats to terrorize Rudaw correspondents in Kirkuk? Why don’t you fulfill your legal and security duties? Following the publication of this statement, we put the responsibility to protect the lives of all the employees of Rudaw Media Network on your shoulders. According to the constitution and principles of freedom and democracy, protecting their lives and their freedom to work is your duty, rather than preventing them from executing their work.
In addition, we will reserve our legal right to, in due time, file a lawsuit in response to any attempt to defame Rudaw Media Network.
We call upon the representative of the United Nations Assistance Mission in Iraq (UNAMI), Society of Professional Journalists (SPJ), International Federation of Journalists (IFJ), Reporters Without Borders (RSF), all the organizations advocating for media work, our television colleagues in the European group for exchanging news (ENEX) and all the world’s media establishments to respond and put pressure on the Iraqi government in order to protect the freedom of journalistic work, in the face of these threats and impediments to the media work of Rudaw Media Network and journalists in Kirkuk and its surrounding areas.
Rudaw Media Network

Finally, yesterday's snapshot noted the lawsuit brought by veterans and their families against five US corporations.  Kyle Swenson (WASHINGTON POST) reports on the lawsuit:


A lawsuit that has just hit the federal court system claims that these drug giants were not only filling purchasing orders but offering substantial kickbacks and free medication, all while knowing they were in business with a group of terrorists engaged in violence against U.S. interests and Americans. Such payments, the lawsuit claims, were violations of the Anti-Terrorism Act.
The 203-page suit, filed in the U.S. District Court for the District of Columbia on behalf of 108 plaintiffs, seeks to hold the corporations responsible for the deaths and injuries of U.S. service members between 2005 and 2009.

The corporate defendants include subsidiaries of the largest medical brands in the world: AstraZeneca, General Electric, Johnson & Johnson, Pfizer and Roche. The businesses “obtained lucrative contracts from that ministry by making corrupt payments to the terrorists who ran it,” the complaint argues. “Those payments aided and abetted terrorism in Iraq by directly financing an Iran-backed, Hezbollah-trained militia that killed or injured thousands of Americans.”