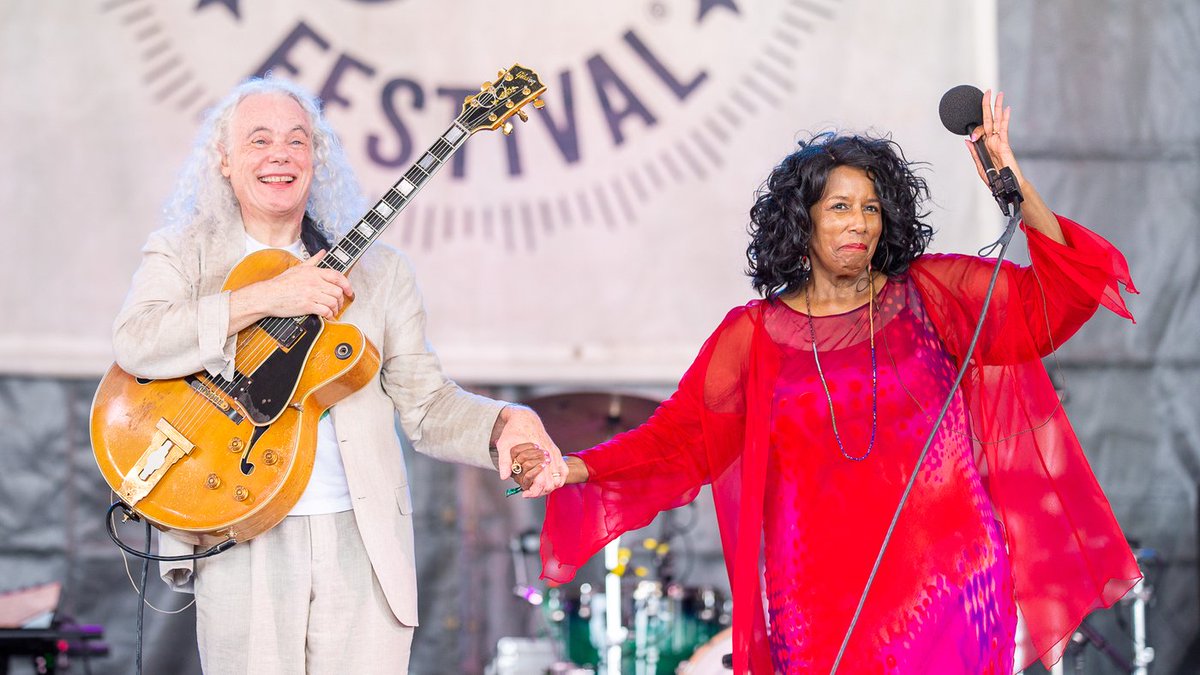 
I haven't listened to Tuck & Patti in forever!  They're great.  They do an amazing version of Jimi Hendrix's "Castles In Sand" (fall into the sea eventually . . .).  NPR has audio of them at Newport this year so make a point to check it out.

na'amen aka disgusting beautiful garbage angel‏ @Naamenism Jul 24
My mom introduced me to Tuck & Patti when I was really young and to this day their version of Time After Time remains my favorite.
0 replies1 retweet2 likes


At the bottom of the same page, they have other performances from this year's Newport folk festival including Drive By Truckers, just FYI.

# iraq is like Abadis pants, once the belt is broken there is no chance of holding it together. # TwitterKurds # Basra # IraqProtests # unifiedIraq

As July turns into August this week, it's worth noting that Iraq has still not formed a new government.


May 12th, Iraq held national elections.  Ahead of the elections, there had been big hopes -- these hopes included a large turnout.   Ali Jawad (ANADOLU AGENCY) noted, "A total of 24 million Iraqis are eligible to cast their ballots to elect members of parliament, who will in turn elect the Iraqi president and prime minister."  RUDAW added, "Around 7,000 candidates have registered to stand in the May 12 poll, with 329 parliamentary seats up for grabs."  AFP explained that the nearly 7,000 candidates includes 2014 women.  THE SIASAT DAILY added, of the nearly 7,000 candidates, "According to the electoral commission, only 20 percent of the candidates are newcomers." Ali Abdul-Hassan and Sinan Salaheddin (AP) reported, "Iraqi women account for 57 percent of Iraq’s population of over 37 million, according to the U.N. Development Program, and despite government efforts to address gender inequality, the situation for Iraqi women has declined steadily since 2003.  According to the UNDP, one in every 10 Iraqi households is headed by a widow. In recent years, Iraqi women suffered further economic, social and political marginalization due to decades of wars, conflict, violence and sanctions."


The other big hope?  For the US government, the biggest hope was that Hayder al-Abadi's bloc would come in first so that he would have a second term as prime minister.  It was not to be.  Mustapha Karkouti (GULF NEWS) identifies the key issues as follows, "Like in previous elections, the main concerns of ordinary Iraqis continue to be the lack of security and the rampant corruption."

Elections held May 12th.  August arrives this week but it comes in the door with no new government to welcome in Iraq yet.

Arrived in #Baghdad tonight for talks with PM Abadi and other leaders on our common fight against #ISIS, protection of Iraq’s borders, and economic reforms supported by our Strategic Framework Agreement.

Really?  Is that what you're doing, Brett?  Because that's not what others are saying.  For example, MIDDLE EAST MONITOR quotes the outgoing Speaker of Parliament Salem al-Jubouri on the matter:

In remarks to the Anadolu Agency, Al-Jubouri’s adviser Abdul-Malik Al-Hosseini said: “The former parliament speaker met on Sunday in Baghdad with the US Special Presidential Envoy for the Global Coalition to Defeat [the Islamic State] and discussed the Iraqi parties’ efforts to form a new government and the importance of reaching a common vision among all political blocs.”
Al-Hosseini added that “the global coalition and the United States want the political blocs to accelerate resolving the issue of forming the new government in order to start dealing with the issues of stability and reconstruction.”


Brett, for those who have forgotten or never knew, was sent to Iraq by Barack Obama in the summer of 2010.  Why was that?  They'd held elections in March of 2010.  And thug Nouri al-Maliki had lost but refused to step down.  Instead of negotiating for Nouri to step aside, Brett oversaw the negotiations for The Erbil Agreement, the US contract that overturned the 2010 election results and gave Nouri a second term.   Human rights monster Samantha Power, among others in the administration, insisted that Nouri -- despite his thuggish ways and secret prisons and jails where torture was taking place -- had to have a second term.

Is that what Brett's again working on?  Overturning the votes of the Iraqi people?


On Saturday, Hayder al-Abadi attempted a cosmetic change by firing five election officials.  It was not addressing corruption.  So Sunday he made the following announcement:

PM @HaiderAlAbadi orders the suspension of the Minister of Electricity due to poor performance of the sector. The @IraqiGovt is taking action to immediately improve the supply of electricity across Iraq
20 replies41 retweets211 likes


Suspended is not fired.  More to the point, the Cabinet is for the previous government.  There's no new Cabinet yet (still?).

Hundreds of protesters have been arrested, hundreds have been injured, at least 14 have been killed and at least one has been fired.

She added that the head of the news section had summoned her days before she was fired, asking her to back away from protests because there were infiltrators.

“But I said that wasn’t true. Throughout my participation in the protestors at Tahrir Square, I encountered no one but simple people demanding their legitimate demands,” Mahdi said.

She says she was told she would face consequences if she didn’t back down. Since, she has worked as a freelancer with the network.

She says her termination letter had been prepared, but was shredded as the network couldn’t deal with the pressure from her supporters. She adds she hasn’t been paid for previous work by the network.


Let's turn to the stupid.

OBAMA DID THIS : Repaired our crippled Economy , saved our car industry , Got OUR SOLDIERS OUT OF IRAQ , Got Osama Bin Laden , Got heath insurance for millions of people that didn't have it before , put in regulations to stop wall street from gambling with our money AGAIN . OBAMA
1 reply10 retweets18 likes


Donald Whittler is the village idiot of Jefferson City.  Our focus is Iraq so that's what we'll focus on.  Barack "Got OUR SOLIDERS OUT OF IRAQ"?

A 40-mm grenade explodes in a cave entrance during a joint operation to clear an ISIS safe haven in Iraq's Makhmour Mountains on July 16, 2018. (Photo by U.S. Army Sgt. 1st Class Russell Gilchrest.)

Looks like US soldiers in that US military photo that the STARS AND STRIPES reported Tweeted above.  Dropping back to Friday's snapshot:


Today, some say the Iraq War is over.  It's not.  Some fools claim Barack Obama ended it. Yeah, and he closed Guantanamo Bay too.  (He didn't -- Iraq and Gitmo, just two of his many broken promises.  And, spoiler, he didn't end veterans homelessness either despite promising to do so.)
Kevin E. Schmidt (QUAD CITY TIMES) reports:


Although victory over ISIS has been declared in Iraq, American involvement there will remain necessary for years to come, according to Sen. Joni Ernst, because the United States cannot win the peace for the Middle East nation on its own.
“This is going to take a long time,” the first-term Republican senator said. “We’ve been there 15 years. We have a long ways to go yet. The United States must remain a partner of choice for Iraq as it develops into a young democracy.”
So until the United States is confident in the capacity and ability of Iraqi security forces to defend their country, a U.S. military presence will remain necessary to protect American interests, the Iraq War veteran told the United States Institute of Peace on Thursday in Washington, D.C.


Village idiot Donald believes no US troops are in Iraq.  Is his stupidity an educational failing or a media failing?

Since the trump election: Number of times Trump has visited the troops in Iraq and Afghanistan: 0 Number of days spent at a Trump golf course: 177 and counting.
7 replies92 retweets157 likes

How many times did President Barack Obama visit Iraq?

In two terms as president, eight years, he visited Iraq once.

You're not a Voice of Reason, you're a liar trying to deceive.  And you didn't give a damn how many rounds of golf Barack played so shut your lying mouth.  Shame on anyone who takes this sort of nonsense seriously.