Don't get taken in by liars.  The problem isn't 'Russian-bots' in the US, it's liars who rework history.

hamburgerenjoyer‏ @tennmanman 2m2 minutes ago
Replying to @RickHun58392657 @BillCorbett @AriFleischer
Bush lied about weapons if mass destruction in Iraq and started a war that has killed thousands.
0 replies0 retweets0 likes


If that's a real person, he's someone who has no life.  "Just some dude" who Tweets constantly.  Mainly he reTweets because the world needs the wisdom of Jon Cryer, for example.  "Just some dude" is a piece of s**t trash.  His Tweet was not even correct in 2003.  But it plays by the neoliberal lie book, doesn't it?

Bully Boy Bush bears responsibility, no question.  But he's not the only one.  And in terms of lying, we should never forget Colin Powell who lied to the UN.  The neolibs love war and they get all itchy in the groin over a man or manly woman in uniform so they try to reform Colin.  He's a liar and a War Criminal.  As for starting the war, it was bi-partisan.  John Kerry, Hillary Clinton, John Edwards, Joe Biden, go down the list for Democrats who supported the Iraq War.

More to the point, Bully Boy Bush started it in 2003.  It's still ongoing

I loathe Bully Boy Bush.  He's now been gone from the White House for ten years.  Barack Obama was the president for two terms and Donald Trump is currently.  And the war continues.  Over the weekend, at THE NATIONAL INTEREST, Bonnie Kristian explained:

The turmoil in Basra may be unsurprising given the living conditions locals face, but it should also be instructive. This is what regime change, fifteen years of intervention, occupation, and reconstruction in Iraq has wrought. This is what trillions of dollars borrowed and spent—and tens of thousands of American and Iraqi lives extinguished—have purchased.
The protests in Basra are just one moment of ongoing political turmoil in Iraq, with all the security risks and human suffering that entails. They are an indictment in microcosm of Washington’s failed reliance on military intervention and nation-building as a panacea to local political problems in distant lands that don’t threaten America’s security, prosperity, or way of life.


In Basra and Iraq more generally, Americans are presented with years of evidence that U.S. military intervention has failed to achieve strategically important, sustainable outcomes despite Washington’s best efforts. “Some might argue that trying harder, investing more billions, sending yet more equipment for perhaps another 15 years will produce more favorable results,” says military historian Ret. Col. Andrew Bacevich, but this is “a mug’s game.” There is nothing available to America in Iraq that might fairly be called a military victory, and repeating the mistakes of the past will not end differently the umpteenth time around.


There is no success.  Iraq is a failed state.  Instead of addressing that and the need to end the Iraq War, we've got tools like "Just a dude" attempting to distract us.  Just a dude is the sort of person who, when Mary develops cancer, runs around harping that she smoked cigarettes for three years and he feels self-satisfied as a result.  He never points out that she grew up in Love Canal up in Niagara Falls, New York.  Never mentions that -- even though that's a pretty important detail.

The Iraq War was started with bi-partisan support and that's why, all these years after Bully Boy Bush has thankfully left the White House, it continues.

Fifteen years.  That's how long this travesty has continued.  And no matter how many people are injured or die, no matter how much money is poured into the war, it continues and thinking people who should be saying, "Enough," instead avert their eyes or just lie like "Just a dude."

The list of broken promises is many but one of them took place yesterday.  Monday, the promise had been, that Iraq would finally name a president.  But, as Ghassan Adnan and Isabel Coles (WALL STREET JOURNAL) report, that did not happen:


The presidency is a largely ceremonial position, but the vote begins a two-week countdown until the constitutional deadline, by which time a prime minister must be chosen to form the next government.
Under the political system that took shape after 2003, Iraq’s presidency is reserved for the Kurds, while the speaker is Sunni and the prime minister is from the Shiite majority. Those positions are typically decided by quid-pro-quo deals among Sunnis, Shiites and Kurds, but unprecedented division within each of those groups have complicated the process.
In the past, the Kurds agreed on a candidate among themselves, but this time they have fielded multiple candidates. The two front-runners are Barham Salih, a former prime minister of the semiautonomous Kurdistan region, and Fuad Hussein, chief of staff to former President Masoud Barzani. Both have held meetings with Shiite political leaders in Baghdad in recent days to win support for their candidacies and met with the Iranian ambassador, highlighting Tehran’s important role in forming Iraq’s government.
Monday’s parliament session, at which the president was due to be elected, was rescheduled for Tuesday after a quorum was broken by lawmakers to give the Kurds a last chance to agree on a single candidate.

On September 20th, we noted, "Let's turn to the post of the presidency.  The PUK thinks they get to dictate this post.  They don't.  But they are floating Barham Saleh and he's so thrilled to be their nominee that he's rejoined their party after leaving it in 2017. "  That's apparently a sore spot for the pathetic Barham Saleh.  On Sunday, he denied it.  RUDAW reports:

Salih split from the PUK last year to establish the Coalition for Democracy and Justice (CDJ). He officially resigned from his fledging party following his nomination by the PUK.

“I quit the PUK due to my serious criticisms and thus established the CDJ. After the [May 12 Iraqi parliamentary] elections, the CDJ asked for a national dialogue with all the parties and the PUK responded to our initiative,” he explained.

“The CDJ with the PUK reached an agreement due to continued efforts from Mr. Kosrat [Rasul Ali] and Bafel Talabani and considering the dangerous situations ongoing in the Region, I deemed it crucial to rejoin the PUK. Although it was not an easy [decision], I am happy with what I did,” he added.

His return to the PUK is not associated with his candidacy for the presidency, he insisted.


He says he didn't rejoin the PUK because they offered him the presidency of Iraq.


He publicly denounces the PUK and publicly walks from it in 2017, then he forms a new party and runs against them.  But, come September, as he's offered the candidacy of president by the PUK, he rejoins.   And now he wants to insist the two were completely unrelated?  If only the average person was as stupid as Saleh thinks they are -- or as stupid as Saleh actually is -- he might be able to get away with that lie.

Social media talk today about the presidency includes a lot of regret being expressed by people who believe that Saleh will get the presidency of Iraq.  The rumors are that he's lightly backed by US Envoy Brett McGurk and strongly backed by the government of Iran.

Parliament is currently in session. 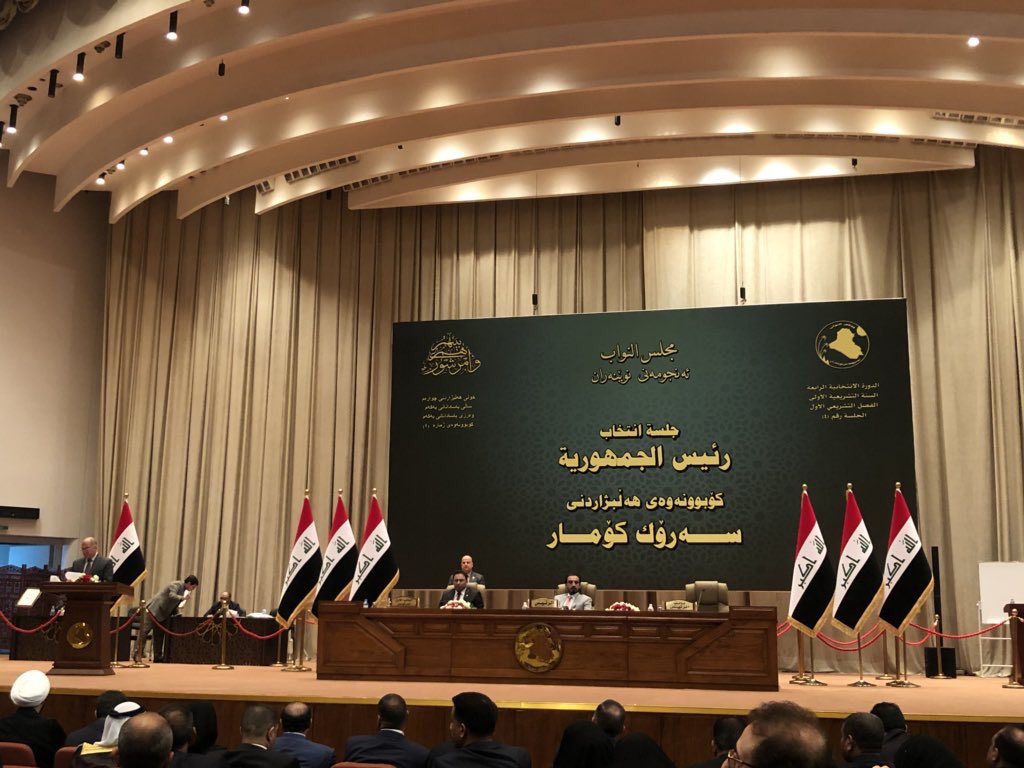 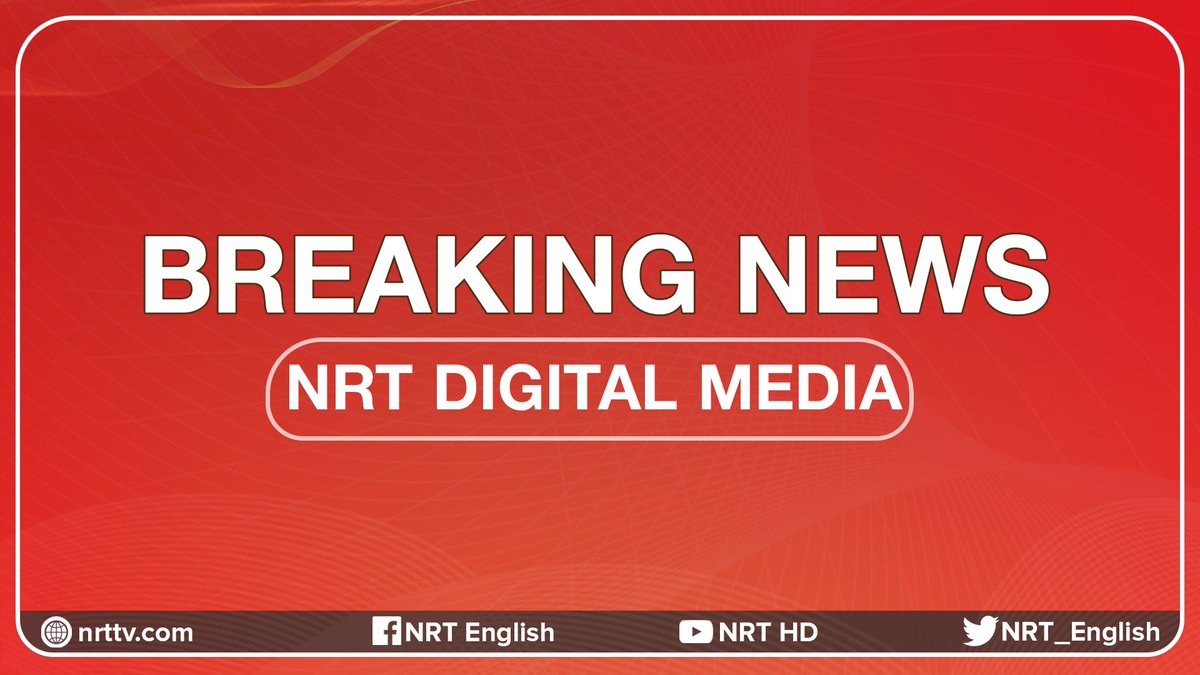 If, as many fear, Saleh gets the presidency, the real question should be why?  The PUK has owned the post.  Not via the Constitution, they have no legal right to it.  But they got it with tubby Talabani who held the post for two terms despite being unable to carry out his second term.  And now they get it with Saleh?

The PUK has lost to the KDP in election after election.  It's even, at times, lost to Gorran.  Sunday, the KRG held their latest elections.  And the PUK will again come in second to the KDP.

What's Joel's point?  He's such a little bitch.  He's promoting this in his Tweets: 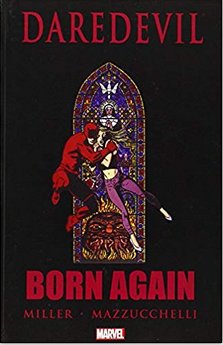 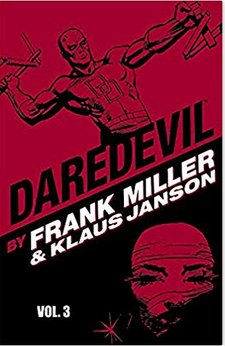 Joel is unfit to comment on Iraq or the Arab world.  Frank Miller is Islamophobic.  Google it.  He issued an apology this year when he was trying to sell crap like what Joel Wing's pimping.  Nobody bought it.  It wasn't one comment and it wasn't one time.  Frank Miller hates Islam and he hates Arabs.  And there's Joel Wing promoting his latest garbage.

Bitch Joel wants you think, "Oh, Kurds aren't voting."  Well can we bring in all of Iraq for a moment?

As we've noted of the May 12th election:

On the day of the election, the big news was how so few were turning out to vote.  NPR reported, "With more than 90 percent of the votes in, Iraq's election commission announced voter turnout of 44.5 percent. The figure is down sharply from 60 percent of eligible voters who cast their ballots in the last elections in 2014." AP pointed out the obvious, "No election since 2003 saw turnout below 60 percent."  AFP broke it down even more clearly "More than half of the nearly 24.5 million voters did not show up at the ballot box in the parliamentary election, the highest abstention rate since the first multiparty elections in 2005 [. . .]."


Martin Chulov (GUARDIAN) captured the mood,  "But as voters trudged towards polling stations, there was none of the euphoria of previous polls – where purple ink-dipped fingers were happily displayed – and almost no energy surrounding the process. Iraqis had done it all before, and elections had delivered little."


In his blog post, he tries to bring up the referendum in September 2017.  That didn't harm the KDP.  They've come in first.  Barzani promoted the referendum -- a non-binding vote to survey the Kurdish people on whether they should remain part of Iraq or be their own autonomous region.  Barzani is the face of the KDP.  The PUK?  It was opposed to it -- its leadership was opposed.  The referendum past overwhelmingly -- over 90%.  The Kurds favored it.  They were attacked for holding the referendum.  That's external.  Internally, it was popular and it was a smart move politically.  It's not the KDP that's struggling with Gorran not to end up in their place.  No, the KDP appears to have won twice the votes that the PUK did.


These are realities that bitches like Joel never have time for -- probably because they're too busy pimping their Arab hating heroes like Frank Miller.

The following community sites -- plus THE GUARDIAN -- updated: